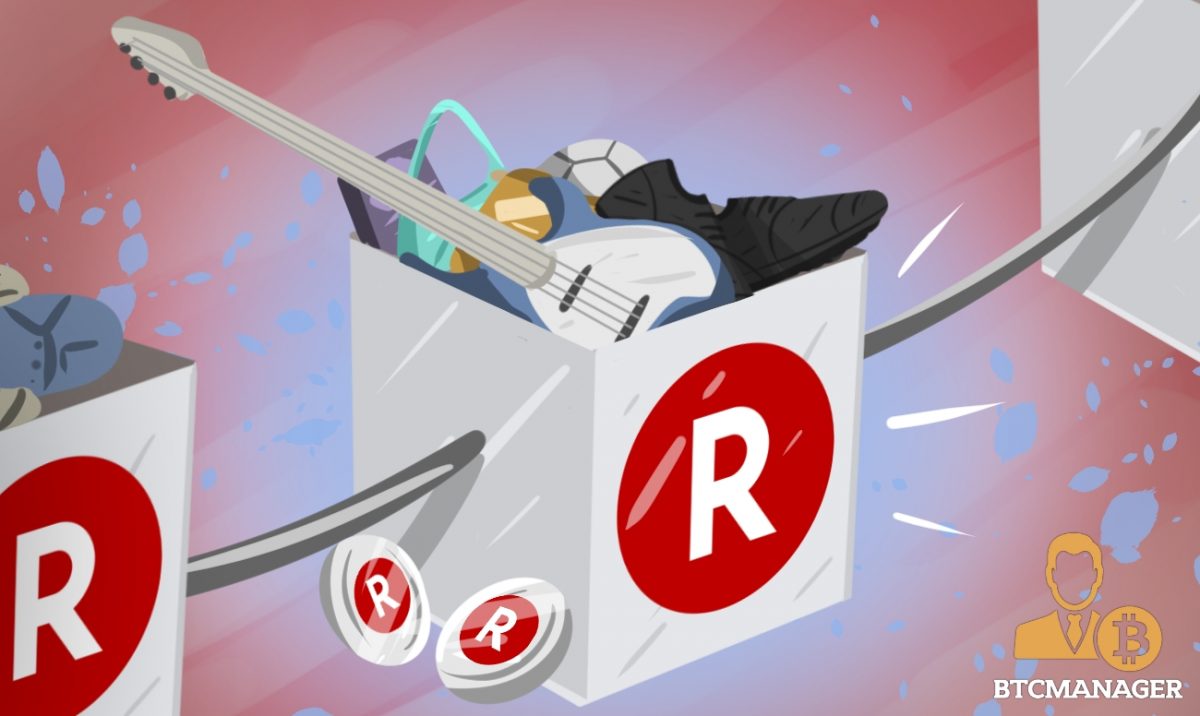 Rakuten, one of the biggest e-commerce corporations in the world has announced that it will be making the transition to a blockchain-based loyalty program. The announcement was made on Tuesday, February 27, 2018, by Hiroshi Mikitani, the CEO of the company. He made the announcement on stage at the Mobile World Congress currently taking place in Barcelona. The news about the adoption of blockchain is the latest example of large corporations actively participating in the blockchain space and using the technology to revolutionize their business process, especially in the loyalty/rewards space. With the currency hype and buzz around cryptocurrencies and blockchain technology, it is perhaps not surprising to see this emerging trend.

The move to transition from the legacy loyalty program of the company to a blockchain-powered loyalty program has the potential to vastly increase the commercial activities seen in the many Rakuten marketplaces around the world. The legacy Rakuten loyalty program which was initiated about 15 years ago has already awarded more than 1 trillion Super Points to users which amounts to about $9.1 billion. By implementing the loyalty program on a blockchain, the market is being significantly expanded to include a new class of participants. The use of the Rakuten Coin has the potential to act as a considerable incentive to crypto enthusiasts to begin to make more purchases within the company’s marketplace platform.

The company also wants to ensure that niche market participants are not left out in the new blockchain-powered business model. According to a spokeswoman for the company, numerous customers are interested in one-of-a-kind specialty products that are available in specific locations. The company is also looking at using the Rakuten Coin cryptocurrency to harmonize all of its marketplace platforms across the globe. As a result, PriceMinister which is a Rakuten platform based in France will be rebranding itself to Rakuten. Ebates, a Rakuten-owned rebates website based in the United States will also be incorporated into the Rakuten Coin business matrix.

Rakuten seems to be going full steam ahead in leveraging the power of the blockchain to act as a catalyst in transforming the company’s business model. Right from 2016, when the company acquired Bitnet, a bitcoin wallet provider, it has continued to invest in blockchain technology solutions. The end goal, according to Mikitani is not just offering convenience but a more integrated interaction between customers and retailers/merchants. By moving the already successful loyalty program to the blockchain environment and creating a new cryptocurrency to power it, Rakuten seems to have taken the first steps in achieving their aim.

Some commentators see the move as a precursor to the emergence of “rewards credit cards.” In a tweet by Dan Romero, the Vice President and General Manager of Coinbase, he stated that the move by Rakuten was heading in the direction of rewards credit cards. According to an earlier tweet posted by Dan on Sunday, February 25, 2018, rewards credit cards will replace the current point system used in loyalty and rewards programs with ERC20 tokens. These tokens can then be used to redeem bonuses, vouchers, etc., essentially, tokenizing the loyalty/rewards marketplace. These reward tokens will also be tradable tokens, opening up a new investment marketplace for cryptocurrencies.