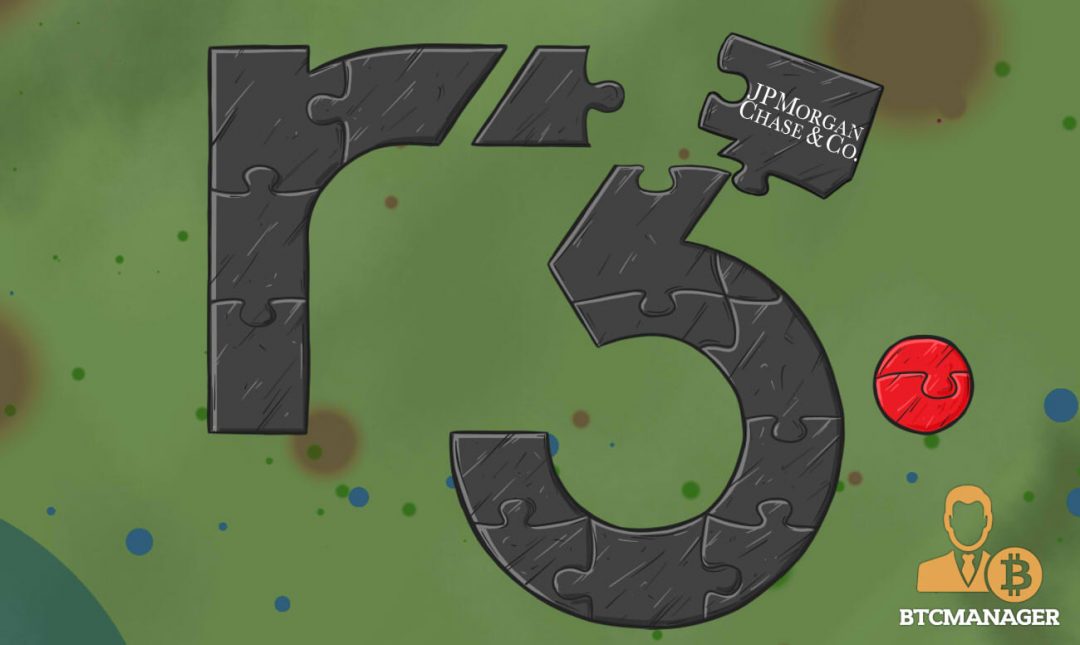 JPMorgan Chase has reportedly left the blockchain banking consortium R3 due to disagreements over R3 proposed funding plans. The New York-based startup R3 CEV, which leads the 80 firms strong financial services-focused blockchain consortium, intends to raise $150 from its member institutions and investors in exchange for a 60 percent holding in the startup.

The R3 banking consortium is currently the largest blockchain consortium and focuses on developing distributed ledger technology solutions for the financial services sector. One of its developed technologies, for example, is the open source distributed ledger solution Corda, which allows for the recording, managing and synchronizing of financial agreements between financial institutions.

JPMorgan has made no announcement as to why they have left the consortium, but it is rumored that a disagreement over R3’s proposed funding caused the bank to leave. R3, however, suggests that JPMorgan left for more selfish reasons.

According to Charley Cooper, managing director at R3:

“JPMorgan parted ways with R3 to pursue a very distinct technology path which is at odds with the one chosen by the global financial services industry, represented by our 80-plus members.”

While JPMorgan has left the R3 consortium, it has not in anyway dropped its interest in blockchain technology. The U.S. banking giant is a key investor in blockchain solutions development startups Axoni and Digital Asset Holdings and is a member of the recently formed Enterprise Ethereum Alliance. JPMorgan also participates in the Linux Foundation’s Hyperledger Project that aims to advance cross-industry distributed ledger technologies.

The Big Banks are Failing to Collaborate with Each Other

Goldman Sachs left R3 in November 2016 when it decided against renewing its membership in the consortium, despite being one of the original members, to focus on internal blockchain technology developments in cooperation with fintech startup Digital Asset Holdings in which the bank holds a substantial stake.

Banco Santander also left R3 last November but for reasons that are unclear. However, the Spanish bank is also an investor in Digital Asset Holdings, lead by former JPMorgan executive Blythe Masters, and intends to continue to research and develop blockchain technologies.

Regarding the departure of the four banks in late 2016, one R3 spokesperson said:

“Developing technology like this requires dedication and significant resources, and our diverse pool of members all have different capacities and capabilities which naturally change over time.”

A statement by the firm suggested that it always expected a high churn rate among its members.

In the cutthroat world of investment banking having a competitive advantage is a key revenue driver. For that reason, banks are eager to spearhead financial innovation that will feed into their bottom line. That is also the reason why banks often find it difficult to cooperate when it comes to new market developments as no bank wants to show their cards so to speak. This is illustrated by the disagreement of some of R3’ members when it came to open sourcing the firm’s new distributed ledger Corda.

Banks’ attitude of not wanting to show their cards when it comes to technological innovation goes very much against the spirit of the open-source aspect of the bitcoin community. The difficulty in cooperating when it comes to deploying new industry-wide tech solutions may end up hindering blockchain adoption in the financial services industry, which, in turn, will hurt banks financially as they are missing out on blockchain-driven cost reductions and improved operational efficiency.