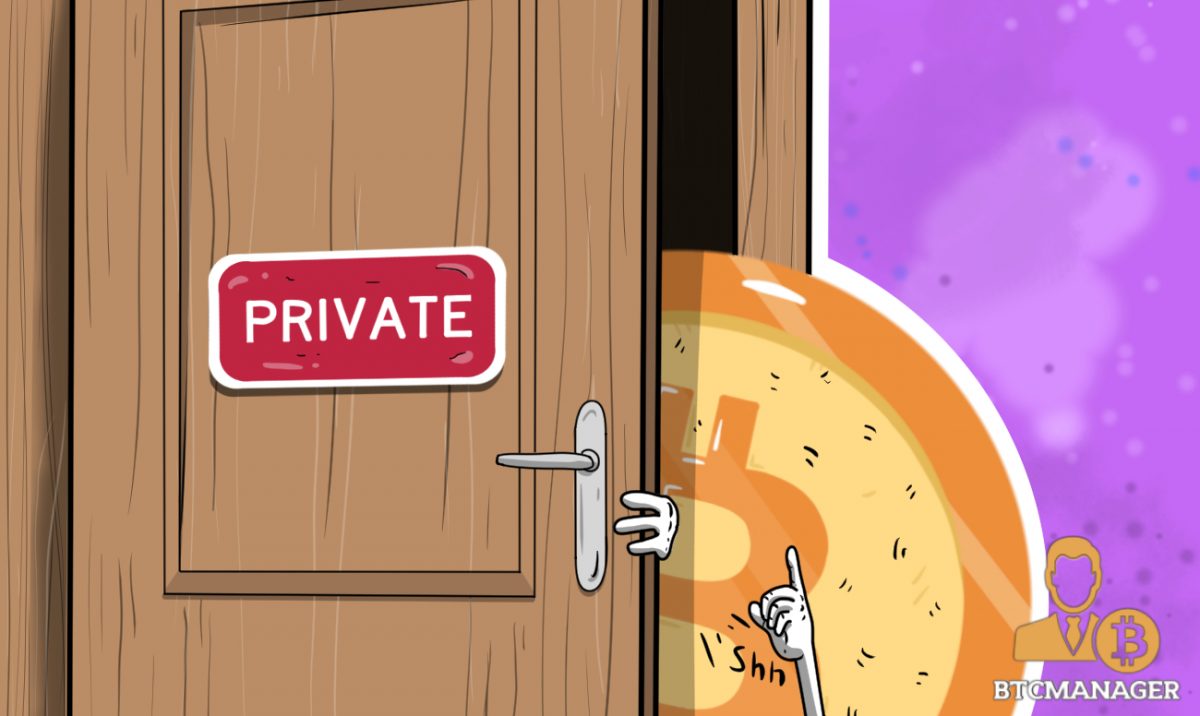 In most parts of the world, individuals are allowed to buy and sell bitcoin and other cryptocurrencies to generate an investment profit. However, as we have witnessed in countries such as Bangladesh, Bolivia, Ecuador, and Nepal, a sudden bitcoin ban can be just around the corner and become troublesome for active traders very quickly. This alone provides enough reason for crypto investors to pay more attention to privacy and anonymity when trading and transacting in cryptocurrency.

Furthermore, many crypto-anarchists, cypherpunks, and libertarian bitcoin users prefer not to share their cryptocurrency investment income with the tax authorities for idealistic reasons.

Whether you want to keep your bitcoin trading activities private for idealistic reasons or because you are worried about a potential bitcoin crackdown in your jurisdiction, there are several measures you can take to reduce the risk of showing up on anyone’s radar when investing and dealing in cryptocurrencies.

There are two main ways you can purchase bitcoin anonymously.

Firstly, you can use bitcoin ATMs and stay below the amount you are allowed to transact in where verification is not required. This amount is usually around $750. Having said that, most ATMs charge too high a purchase price to make that a viable option. Traditionally, bitcoin ATMs charge more for the purchase than the sale of digital currency.

Secondly, you can use the anonymous browser Tor and purchase bitcoin on platforms such as Wall of Coins, which only requires a phone number for verification and no personal information. Alternatively, decentralized peer-to-peer bitcoin exchanges such as Bisq do not require any identity verification to transact.

While some bitcoin wallets, such as Coinbase, require you to verify your identity, there is also a wide range of anonymous bitcoin wallets that are more in line with bitcoin’s original ethos of privacy and financial sovereignty.

The original bitcoin core desktop wallet, for example, does not require any personal information from you. Another notable bitcoin wallet in terms of privacy is Samourai, with features such as enabling several hops before making a transaction to obfuscate the origin of funds, the ability to connect to your own node and via VPN or Tor.

Probably the best anonymous wallet for altcoins is Jaxx. Jaxx is a mobile wallet that supports bitcoin and several altcoins and also comes with a desktop equivalent. Although, it is advisable only to use the mobile version as security concerns have been raised about its desktop wallet.

Alternatively, you can also store your cryptocurrency in a hardware wallet offline. In fact, that is the most secure way to store your coins. Hence, purchasing a Ledger Nano S, a Trezor Wallet or any of the other popular hardware wallets is highly recommendable to those who want to store their bitcoin (or altcoin) investment securely and privately.

It should also be noted that it is best not to reuse bitcoin addresses. Most wallets allow you to make as many new bitcoin addresses as you like. Make use of that as it makes it harder to trace your transaction than if you were to only use one address. Also, do not post bitcoin wallet addresses publicly to reduce the chance of having your transactions traced and linked to your identity.

For active traders, decentralized exchanges are the way forward if you cherish transactional privacy.

Decentralized cryptocurrency exchanges such as Coinffeine and Bisq do not require users to verify their identity and are thus the more private option for buying and selling bitcoin. Mycelium’s mobile wallet can also be used to access a peer-to-peer marketplace where you can buy and sell for cash. It may also be worth finding someone on Localbitcoins; Ethereum and Monero even have their own versions for ETH and XMR trades.

If you want to trade in ether (ETH) or ERC20 ethereum tokens, you can trade anonymously on the decentralized Ethereum exchange EtherDelta.

Decentralized exchanges also offer a more secure alternative than its centralized counterparts as users are always in full control of their own funds, which greatly reduces the risk of cyber theft or losses due to an exchange collapsing.

To hide your IP address, do not forget to use the Tor Browser.

Monero is current widely regarded as the most anonymous cryptocurrency in the market today. Monero (XMR) allows provides its users with full transactional privacy and user anonymity.

If you want to reduce the chance of anyone knowing how much you have investing in bitcoin, you can convert your bitcoin into monero using ShapeShift, which does not require you to verify your identity. Then you can use XMR.to to send monero to a bitcoin address using a wallet, and increase the ring size to 10+ if you want to take even more precaution.

If you want to obscure your bitcoin investment paper trail, then this is an excellent strategy. So-called bitcoin mixers are also an option to do this. However, they are generally riskier than using Shapeshift or XMR.to to convert your crypto.

Use Bitcoin ATMs to Cash Out Earnings

One of the biggest challenges for cryptocurrency investors is cashing crypto out for fiat. As much as bitcoin users love to keep their money in crypto, there will be a point in time where users need to cash out to take profit. Cashing out, however, means going back into the fiat currency banking system, which makes cashing out a rather transparent affair.

To keep profit taking private, users can resort to selling their bitcoin for fiat currency at bitcoin ATMs. If you are planning to cash out much more than just $750 worth of bitcoin into fiat currency, you may be rolling your eyes now. However, there is nothing keeping you from using the ATM over and over again or using machines in different locations. It is worth noting, however, that certain ATMs have cameras within the machines.

Whether you are a political dissident forced to use cryptocurrency as banks have turned their back on you, are concerned about a potential bitcoin crackdown in your country, or simply want to hide your investments from the authorities for idealistic reasons, there are enough ways to retain your full financial sovereignty as a bitcoin investor despite bitcoin’s transparent and traceable nature.