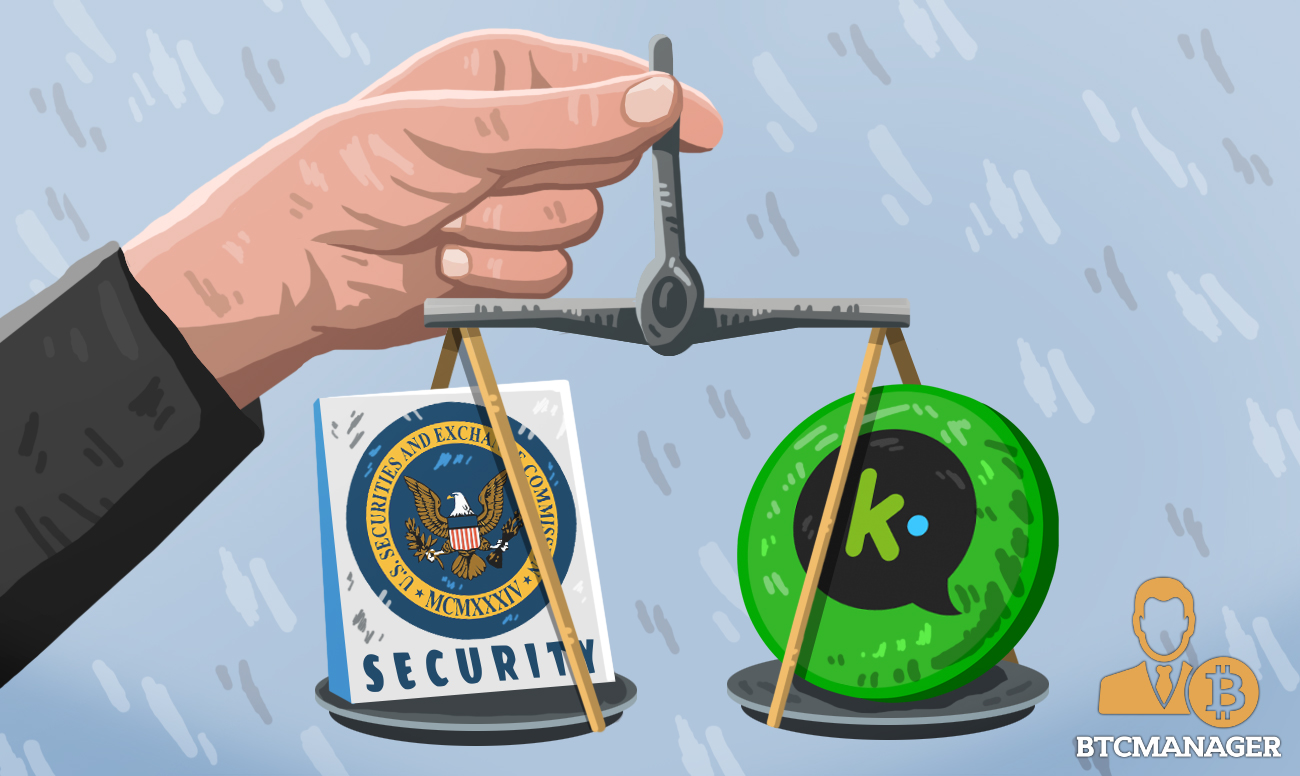 According to a report by The Wall Street Journal published on January 27, 2019, Canadian social-media giant Kik Interactive Inc. is contemplating locking horns with the US Securities and Exchange Commission (SEC) over the latter’s diktat on the legal status of tokens issued throug initial coin offerings (ICOs).

Initial Coin Offerings (ICOs) came into prominence during the monumental crypto bull run in late 2017 which saw bitcoin reach almost $20,000 valuation. They became the talk of the town, as companies looking to crowdsource their ambitious projects resorted to the ICO model which didn’t require them to go through the long and tedious process of an initial public offering (IPO).

Unsurprisingly, with rampant rise in the popularity of ICOs among blockchain-based startups, regulators soon came knocking on the door. This is not to say that the regulators were uncalled for, far too many ICOs have been exposed quite frequently to term regulatory bodies’ actions as intrusive.

However, in what is being dubbed a bold move, Kik is looking to challenge the enforcement by the US SEC over its KIN token offering in 2017.

Per the report by WSJ, Ted Livingston, the founder of Kik has decided to challenge the SEC’s proposed enforcement action over the company’s ICO which raised $100 million. At the time when the company launched its ICO, it was not registered with the SEC.

While the skeptics believe that Kik could find themselves in difficult waters by challenging the SEC, Livingston cleared that the company’s rebuttal, which is to be filed in civil courts, is completely valid in argument and holds the potential to set a precedent for the industry. An excerpt from the filing reads:

“Bringing the proposed enforcement action against Kik and the foundation would amount to doubling down on a deeply flawed regulatory and enforcement approach.”

Kik’s rebuttal of the SEC’s proposed enforcement action opens multiple possibilities for the future of cryptocurrency regulation ecosystem; if the presiding judge comes to the conclusion that Kik’s ICO wasn’t a securities offering, then it could prove to be an immense boost for the industry.

A decision in favor of Kik would not only save the Ontario-based firm from hefty fines, but it could also clear the ambiguous state of ICOs legal definition which has stifled the development of the majority of the crypto projects.

The US SEC has long maintained that ICO tokens come under the definition of a security; in January 2018, the US SEC chief, Jay Clayton critiqued ICOs saying that lawyers and promoters of firms who claim their tokens are not securities put the safety of investors under grave jeopardy. He added that by not classifying ICO tokens as securities, companies bypass many of the stringent securities and compliance laws.

Another blow to the crypto ecosystem came in June 2018, when Clayton stated that the SEC will not change securities laws to cater to the specific needs of cryptocurrencies.