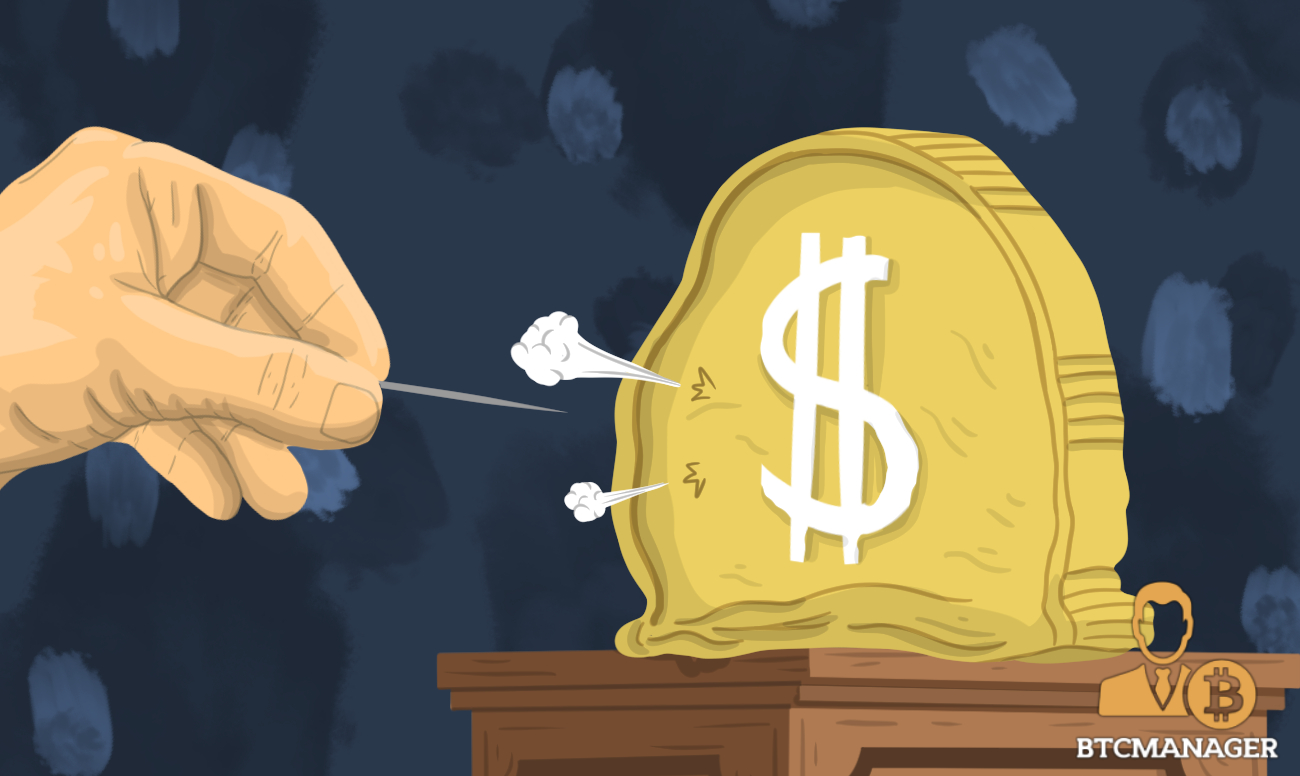 In most economies in Europe, the European Central Bank is taking extraordinary measures to trigger quantitative easing, a variety of inflation, including suggestions for a Central Bank Digital Currency (CBDC).

The following guide presents a broad historical study of deflation to shed light on the trending policy challenge. BTCManager will look into the relationship between the ongoing low inflation environments, the lessons learned from historical records of trying to defeat undesirable deflation, and the role of cryptocurrencies.

Deflation can be described as the wide-ranging decline in the cost of goods and services when the inflation rate hits the negative. Inflation, in its very nature, decreases the value of a currency over time while deflation increases its value because of a fixed supply, creating a form scarcity for the money.

While deflation may refer to the general decline in goods and services, it can also refer to the increased purchasing power of a currency. The perception of deflation in the contemporary financial system has been very divergent historically.

There is, for instance, the Friedman rule which doesn’t actively promote consistent deflation but holds the view that limited deflation can alleviate inflation and help in maintaining currency as a store of value. On the flipside, some economists hold the view that deflation is dangerous as it increases the value of debt. When debt grows over time, it places enormous pressure on people owing a debt and can be an accelerant during a recession and worsen a downward deflationary spiral.

A deflationary spiral is defined as the economic argument that suggests that deflation eventually leads to the collapse of a currency as a result of the attendant condition and constraints. While this common form of criticism can be made against the viability of Bitcoin, the truth is that the deflationary spiral is a condition that affects standard fractional reserve banking systems.

The reason Bitcoin cannot be affected by this kind of deflation is that it is an entirely different kind of currency.

The Problem with Traditional Currencies

Traditional currencies like the U.S. Dollar, the Euro, and the British Pound are inflationary by nature. This is because there isn’t a limit on the amount of currency that can be printed or distributed in the market at any one time. Should there be a need for more money, the central bank has the permission to introduce more bills and coins at will, therefore, aiding the economy that uses that particular currency.

Praet: As a central bank, we can create money to buy assets #AskECB https://t.co/zTQuU4y1ch

However, the most significant problem with inflationary currencies is that the value decreases when the supply grows. What follows is that it becomes difficult to estimate the value of the currency in question since the quantity can be increased at will.

Another way to think about it is that while it remains to be $5 on paper, the dollar’s value is a moving target. According to the U.S. inflation calculator, an item that cost $5 in 1913, for instance, will cost you $127.66, indicating a 2453.5 Percent inflation rate during that time. This poses a number of different problems for people exploring retirement plans and long-term investment strategies.

As a result, evaluating debt through deflation occurs through a one-sided prism. The current financial system is inherently inflationary because the government issued fiat currencies lose their value over time and are customarily created parallel to debt levels.

The last time the United States experienced a deflation was during the great depression following the collapse of several banks as a result of coinciding bank runs. The cause of deflation was said to be the result of the decrease in the supply of money which caused a scarcity. The period was short-lived, however, and affected the perception of deflation inherently as it made it look like an extremely adverse event.

For a change in perspective, looking at the issue of deflation through crypto lenses leads commentators to make the following analogy.

Bitcoin seems like an inflationary currency and will remain so until the last bitcoin is mined. When the currency reaches the 21 million mark, there will be no more bitcoin to mine, and at the point, the pioneer cryptocurrency will become a deflationary cryptocurrency.

Traditional economists have always linked the term deflation with an economic crisis or under-performance which makes people run towards “liquid currencies.” However, when society gets to the point where there are no new bitcoins to mine, the existing coins will become harder to obtain and thus increase in value.

There are cryptocurrencies like Ethereum and Dash that chose the inflationary currency model by allowing the continuous creation of new coins while other such as bitcoin and Litecoin chose the limited total supply model, thereby becoming deflationary in the long run.

The truth is both models have their pros and cons, and it may be a little tricky at the moment to predict which will work out best. However, with the current state of affairs, a deflationary cryptocurrency appears like the more reasonable choice due to the assumption that its value will rise when the supply rate decreases and stops completely.

Bitcoin Is the Deflationary Currency

Contrary to what governments have seen happening to fiat currency, the value of Bitcoin will continue to rise in value until it plateaus after the final bitcoin is mined. This is part of what makes up the “Digital Gold” narrative.

Similar to how gold is a finite resource, Bitcoin is a digitally finite resource. Every single bitcoin is traced uniquely via its immutable blockchain to ensure there is “cooking the books” or double spending like has been done on the past with fiat currencies leading to financial crises.

This means therefore that with Bitcoin, there are no IOUs, no derivatives (outside of the modern world of finance), or trying to issue new bitcoins beyond the predefined number, and thus no chance for inflation.

Bitcoin’s decentralized blockchain design and its incentive structure are designed in the interest of users, miners, and developers. This makes the system healthy and disincentivizes any individual or group from accumulating all the power since any imbalance or attack hurts everyone and decreases the value of the network.

Bitcoin’s deflation is inherent because of its design that promotes a slow, methodical growth with a fixed end. This means that no matter what happens, not everyone can own bitcoin and as the number of people entering the crypto economy increases, the value will continue to increase.