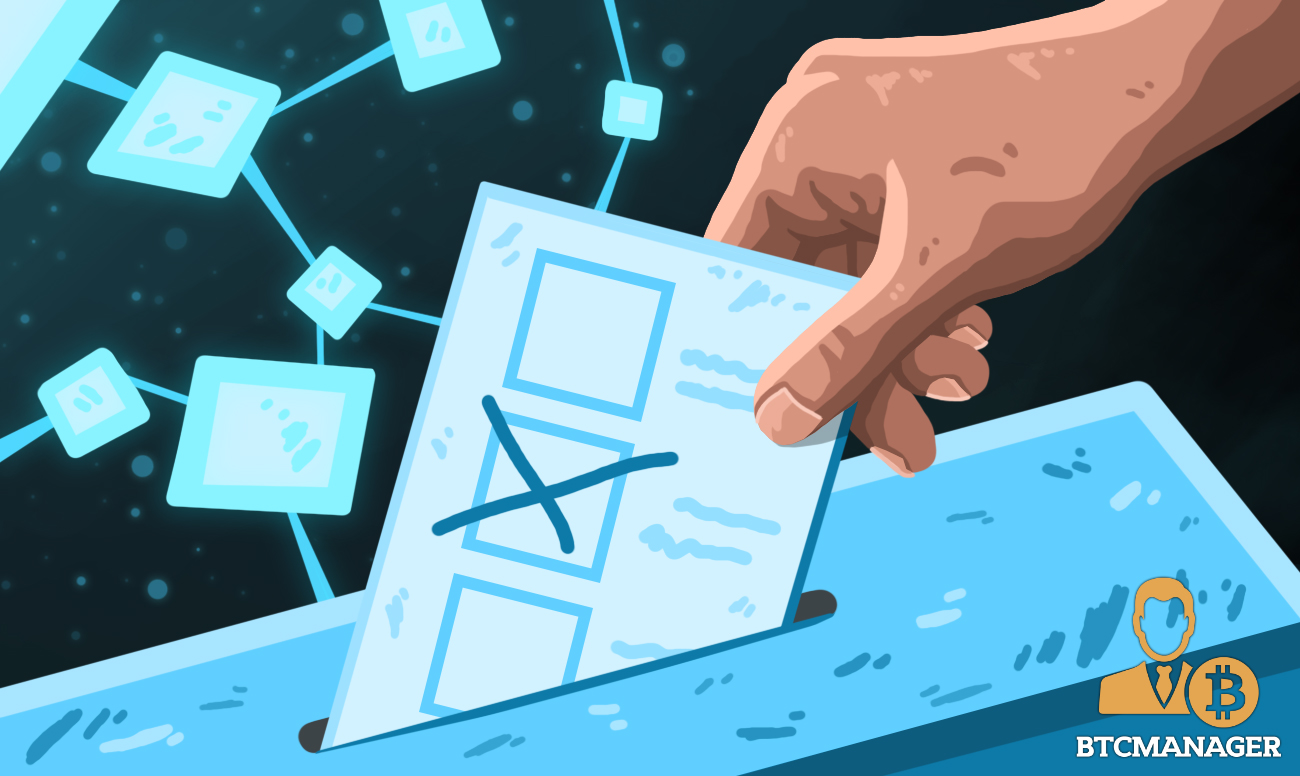 Democracy is a form of governance where the population chooses its leaders through an open process known as voting. While it has its challenges, it is widely considered to be one of the best forms of political governance.

Researchers have been able to draw a parallel between the countries that rank highly on the annual World Happiness Report and the state of their democracy. They have found that those countries with healthy democracies are more likely to rank highly on the happiness index. While there are of course other factors that contribute to the happiness index, there is likely a correlation.

In its ideal form, democracy is supposed to adequately represent the wishes of the majority of the population while still protecting the human rights of minorities. Additionally, the voting process should be conducted without any coercion, form of duress, or violence for the voters.

However, in reality, the democratic processes, and the institutions that support and uphold them are increasingly coming under fire for not being so democratic after all.

Why we must guard against the rise of monopolistic voices in democracy: @santisiri 🇦🇷 of @DemocracyEarth on coding new mechanisms of representation. pic.twitter.com/QTnNgS6G9t

The challenges facing democracy are myriad and becoming increasingly complex. However, they can be broadly grouped into three main categories. These are the issues concerning information and how it is disseminated to the population, voter issues and, finally, the mentality within the government and its constituent policymakers.

Information is an essential feature of democracy because only when armed with all the relevant knowledge can voters make a choice that is indeed representative of their wishes.

However, it is becoming increasingly evident that the information machine is broken and inadequate in many ways. From the “fake news” phenomenon to corporation-sponsored studies, the population is frequently being exposed to information it cannot trust.

While many fake news sources operate within the fringe of the media, the problem is also present in mainstream media. Due to the fast-moving nature of today’s world, mass media publications have degenerated into sub-par journalism, with headlines designed for sensationalism rather than facts and figures. Additionally, objectivity continues to come under attack as media houses are more likely to publish the news with a spin that is in line with their predominant political leanings.

Closely related to the problem of inadequate information is the challenge of uninformed voters. Populism and mob rule are the effects of a population that makes decisions based on incomplete and in some cases entirely false information.

Unfortunately, an uninformed citizenry is more likely to be swayed by sustainable, short-term policies proposed by politicians who are looking to survive the next election. More importantly, they are also susceptible to harmful ideas stemming from nationalism or extremist political philosophies.

Additionally, voter apathy continues to grow worldwide. The number of people who show up to cast their votes during elections is an indicator of the health of the democracy. It shows that the population believes in its democratic processes and has faith in its elected leaders.

Statistics from the International Institute for Democracy and Electoral Assistance (IDEA) point to this being one of the major and most pervasive challenges facing democracy worldwide. Looking at the period of 2011 to 2015, IDEA found deficient voter turnout levels across the world. The institute found that:

The final broad classification in this political constellation is that of politicians and governments. Politicians are likely to pursue short-term policies that make them look good to the population to ensure a second or continued term. Continuously enacting unsustainable policies leads to an unstable state and democracy. Additionally, graft, or political corruption, continues to be a widespread problem leading to the argument that corruption and democracy may go hand in hand.

The continued growth and popularity of single-issue groups and the politicians who lead them pose risks to democracy. While such groups are important because they fight for the needs of their respective minorities, they can become dangerous when they enter power because are likely to pursue their agenda without regard for other groups or the well-being of the majority.

Within these three broad classifications, the challenges can be broken down infinitesimally, depending on a number of factors. Aspects such as the age of the democracy, the average age of the population in question, access to technology and the Internet, among others, also play a role in the challenges facing democracy. However, the definite conclusion is that democracy as an institution is struggling and steps must be taken to rework the thinking behind it.

Democracy as an Economic Problem?

To address some of the challenges facing democracy, a group of researchers from the School of Economics, Finance and Marketing, at RMIT University, Melbourne, Australia has published a paper exploring how blockchain technology can be used to better democracy. The paper is titled “The economics of crypto-democracy.”

In the paper, Darcy Allen, Chris Berg, Aaron Lane, and Jason Potts explore how blockchain can be applied within the electoral process as it currently exists. Additionally, the researchers contend that the inherent features of the technology can further enhance the principles essential to a good-functioning democracy.

The fusion of blockchain technology and democratic processes would result in the creation of a crypto-democracy.

The paper looks at democracy as an economic problem. It characterizes the choices made by members of the population during the electoral process as functions of the constraints present in their specific scenario. In the context of democracy, these limitations are typically related to costs. The paper reported the following in this regard:

“In democratic choice these constraints are transaction costs and information costs, and are determined by the prevailing institutions and technologies available to individual voters, candidates, political parties, and electoral agencies.”

It is important to note that while these costs may have a financial component, they also include opportunity costs. Opportunity cost refers to the loss of other options when an alternative is settled upon.

Cost is a crucial aspect of the democratic process as it affects the institutions and technologies that support it. For instance, regulations that govern the institutions that provide a foundation to democracy are affected by opportunity cost in that the choice to go with a specific policy means forgoing another one.

“Democratic institutions include laws governing elections and participation, rules controlling the provision of political information (such as free speech or limits to free speech, speech or donation disclosure, truth in advertising laws, or electronic advertising bans), and norms about democratic participation.”

Additionally, financial limitations are likely to affect the quality of the technology that is used during the voting process. This includes the methods employed to cast the ballots as well as the periods preceding the vote: “Democratic technologies include those which enable the distribution of information and knowledge about democratic choice (such as the printing press or social media) and facilitate the making of democratic choice (such as printed ballot papers).”

For instance, while biometric kits are more trustworthy and are more impervious to vote tampering and corruption than simple paper ballots, developing countries may be unable to access them. This is especially poignant in poorer countries looking to strengthen their democracies and increase public faith in the democratic process. Unfortunately, many of the nations with struggling democracies are also countries grappling with poverty. Hence, there is an apparent relationship between the cost of democratic technologies and the growth of a healthy democracy.

It is important to note that throughout history, democracy has depended on the technological capabilities available to it to function. In fact, in some instances, the available technology has had a significant impact on how democracy was expressed. For example, in ancient Athens, the invention of the Kleroterion, a machine that printed bronze identity plates, which was used to ascertain the identity of jurors in an effort to reduce jury tampering resulted in the more robust expression of democratic ideals.

“The introduction of the kleroterion, alongside the identification controls of the bronze plates, provided a material increase in the ‘democraticness’ of Athenian democracy, according to that society’s conceptions of participation. In that case, technology and technological change expanded the institutional possibilities of democracy and reduced the costs of those institutions,” the paper stated.

As technological advancements are made in seemingly unrelated fields, they have an effect on democracy, its expression, as well as its health. Voting methods such as online or remote casting would not be possible without the computer. Biometrics also help to keep the process as tamper-proof as possible even though the field is largely unrelated and was created with other goals in mind.

As the blockchain is a network through which it is possible to keep track of immutable information, the technology lends itself to the democratic process. The researchers found that in the context of an election arranged by a central electoral body, blockchain technology can still be employed due to their security-preserving features.

The paper introduces the concept of quadratic voting. Quadratic voting is a mechanism that is made possible only by the addition of blockchain technology to the democratic process. It works by introducing an economic aspect to voting.

Maybe one of the best ways to ensure Ethereum remains decentralized but provides a form of quadratic vote-based governance.
https://t.co/kTt6IMFZ7P

One of the most discussed challenges with the one-man-one-vote system present in a democracy is that it does not account for how much a voter cares about the issue at hand.

“(It) has the unfortunate but well-known flaw in that it is economically inefficient because it entirely ignores intensity of preference. If I care only a little about an issue and you care a lot (maybe it affects you more), we both have an identical voting margin. This leads to well-known problems with 1p1v such as tyranny of the majority.”

An excellent example of where this flaw makes a difference is in marriage equality laws where the majority can hinder the passing of such laws despite these regulations having significant effects on the welfare and quality of life of those affected.

Quadratic voting can be used to address this flaw. Within the QV mechanism, voters are both paid and pay to vote. Each vote cast by the voter means they get paid a unit of the token. However, if they want to vote for something, then they must remit some funds. Depending on how much a voter cares about a particular issue, then they vote and pay per the intensity of their belief in the vote.

Additionally, QV can also address the issue of voter apathy through the added financial incentive. While still an idea in its infancy, QV addresses two significant problems facing democracy today and may be an attractive solution if applied.

With the crypto-economically driven models, the democracy of the future may take a new shape that benefits society more than its current state.