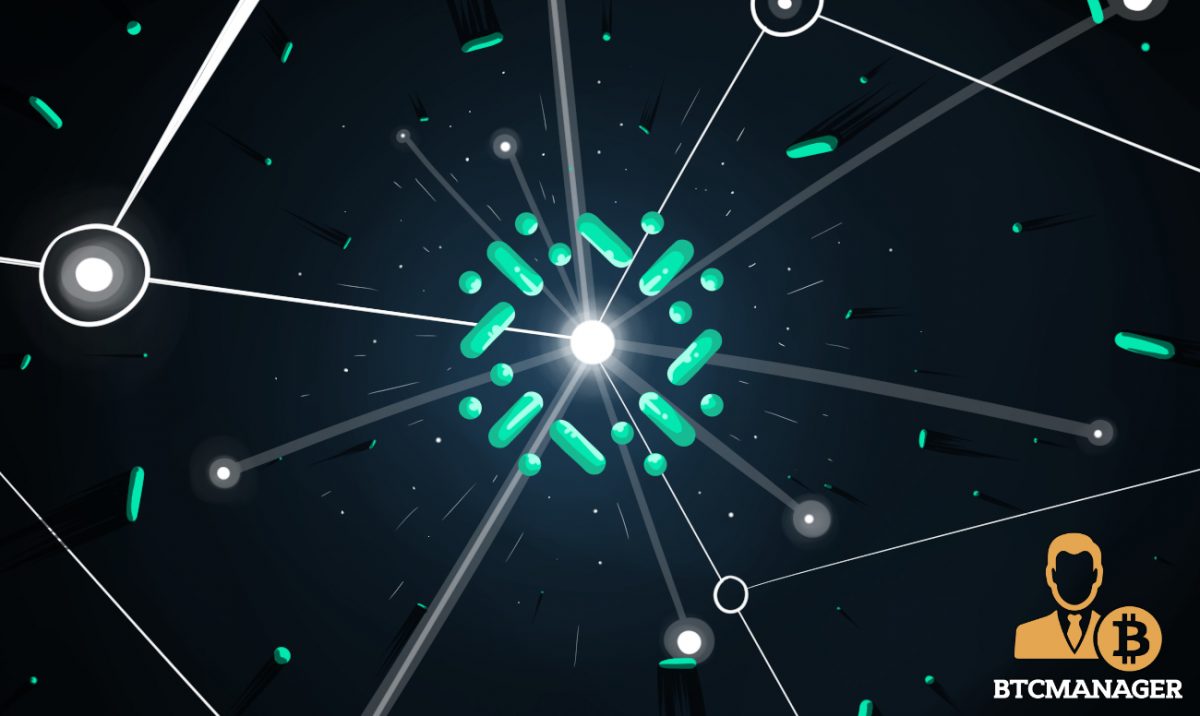 In today’s economy, data is a highly important aspect for businesses looking to succeed. Individuals have their information collected by the entities that they interact with, sometimes without their knowledge or permission. Surveillance capitalism is a profitable business, as is evidenced by the profits realised by corporations like Facebook and Google. Unfortunately, this does not translate to good news for the user as it is usually accompanied with significant privacy concessions.

While privacy-centric digital currencies like Monero (XMR) and Zcash (ZEC) are working to restore financial privacy to the public, many aspects of daily life are still vulnerable to invasions from service providers who require private data in order to facilitate certain activities. This is what the blockchain project Particl is trying to change.

Particl is a blockchain startup that aims to provide its users with a pathway to a private economy. Using blockchain technology, the project will furnish the public with the tools through which they can develop and sustain an economy that protects their right to privacy.

This is in line with Particl’s mission which is:

“to empower society by fostering a new decentralized, private and democratic economy supported by its blockchain platform. This new alternative economy allows people to both earn and spend money in a completely trustless fashion as well as use and build decentralized applications that respect their rights to privacy.”

Particl is a platform upon which decentralized applications (DApps) can be built. The platform employs a specific set of tools within its blockchain that enables it to uphold a high level of privacy. Moreover, the platform is completely decentralized and secure ensuring the power, within all Dapps built on the platform, is tilted back to the public. “It allows of all sorts to be built within a secure, highly-scalable environment. Particl’s mission is to foster a new decentralized, private and democratic economy supported by its platform and native currency (PART).”

In addition to the DApp platform, Particl also develops its own tools that are required if the decentralized and private economy it seeks to create should come to life as an effective and functional reality. These include tools like its native digital currency Particl (PART), a peer-to-peer encrypted messaging system, a decentralized voting system as well as its most innovative and most sought-after tool, its fully anonymous and decentralized marketplace.

While it includes a number of new and innovative cryptographic tools, Particl is based largely on Bitcoin’s codebase. The platform uses the Bitcoin code because of the fact that the bitcoin code benefits from a substantial amount of scrutiny and peer review. This means there are always upgrades being made to the blockchain in an effort to guarantee maximum efficiency and security. Therefore, to ensure it benefits from the cutting edge tech witnessed within the Bitcoin blockchain, Particl makes sure it is always on the latest version of its predecessor’s ledger. The Particl team explains, “Updating the codebase to the most recent version allows the platform to benefit from the latest security, performance, and stability development made on the Bitcoin Core codebase.” However, in contrast to Bitcoin, the consensus mechanism within the Particl blockchain is a proof-of-stake algorithm.

The Particle blockchain is SegWit enabled from the onset. It is the first blockchain that was deployed with a native implementation of the protocol. The inclusion of SegWit makes Particl’s blockchain better able to address scalability concerns while reducing the amount of fees charged per transaction. Moreover, SegWit offers greater advantages as is detailed by the team:

“Segwit grants additional features to the Particl platform such as transaction malleability vulnerability protection and block capacity increase, but its most notorious feature is that it renders Particl’s blockchain compatible with the Lightning Network.”

Moreover, to provide and enhance privacy within its ledger, the project utilizes innovative protocols that are designed to make confidentiality possible. These protocols are the Confidential Transactions (CT) and Ring CT protocols. CT (which stands for Confidential Transactions) was created by Gregory Maxwell, a Bitcoin Core developer while the Ring CT protocol was developed by Shen Noether of Monero. Through the adoption of the privacy-centered protocols, the Particl blockchain is able to provide a high level of confidentiality to its users.

The second level is referred to as blind transactions. Particl uses the CT protocol to “keep the transferring amounts visible only to the transaction participants (and those they designate), while still guaranteeing the transaction’s cryptographic integrity.” Particl is the first cryptocurrency that is based on a bitcoin codebase to implement CT, giving it an edge over its counterparts.

The last privacy level is the anonymous level. This is the tier which charges the highest fees per transaction. It obscures both the transaction amounts as well as related address using a combination of Cryptonote’s ring signatures and Maxwell’s CT. This is what is referred to as Ring CT.

Another important feature of the Particl project is that it is currency agnostic. Currency agnosticism refers to the ability of a platform to accept and support a wide and varied array of digital currencies. This is in accordance with the project’s mission of creating a global confidential and decentralized economy. It is important to note that the platform will convert the other cryptocurrencies to PART because of its privacy features.

To facilitate the agnosticism, the Particl blockchain employs atomic swaps as well as third-party apps. Atomic swaps allow trustless trades between parties using different cryptocurrencies. They do this by “involve (ing) each party paying into a contract transaction, one contract for each blockchain. The contracts contain an output that is spendable by either party, but the rules required for redemption are different for each party involved.”

Third-party applications can also be used to facilitate the use of different cryptocurrencies within the platform, but this is likely to be more expensive and less private than atomic swaps. Lastly, the Particl platform allows users to create smart contracts. While they are not Turing Complete, they still offer a high level of security and privacy through the use of the projects inherent tools.

The Particl blockchain uses its native cryptographic token Particl (PART) to process all transactions. It is also used within the platform as a utility token. The total supply of the cryptoasset is 8,865,706 units.

The tokens were distributed through a token swap. “A voluntary contribution round was started on March 18, 2017, and lasted for four weeks. During this time, existing ShadowCash (SDC) token holders were offered the possibility to exchange their SDC coins for PART coins at a 1:1 ratio.” The project decided to distribute PARTs in this manner in order to avoid the regulatory grey area that accompanies ICOs. They wanted to be sure they would not be classified as securities. The token swap generated 590 BTC, which the developers have used to fund their endeavors with regard to the project.

Moreover, it was a way to reward participators within the ShadowCash community as the SDC project had helped to lay the foundation for the Particl project. The token swap was only open to SDC token holders.

The digital currency is currently trading at $15.23. It is at position 81 with a market capitalization of $135,491,934. According to CoinGecko, PART is ranked at 111. On January 13, the token hit its all-time high of $47.02. The digital currency has seen substantial growth in its relatively short existence.

The chart above shows a critical support zone between 0.00149999 and 0.00124286. For the week beginning March 19, the low is exactly same for the previous week, opening up a possibility for the Tweezer Bottom candlestick pattern. If there is continuation of the uptrend and PART-BTC shoots past the 2018 high, 0.00591387 serves as a good target to take some profits.

The 21-strong Particl team is working on launching its MVP. This will be the decentralized and completely anonymous marketplace, which it plans to introduce in the first quarter of 2018 and an alpha version should be available by the end of March. The is a long-awaited product within the cryptocurrency community as it will be the first marketplace that is created to uphold both efficiency and privacy.

Should You Add Particl To Your Portfolio?

In its short existence, the PART token has performed very well. Because PARTs are required within the Particl ecosystem, the more users the platform acquires, the higher the value of the token will go. Moreover, If the MVP manages to deliver on its promises and function effectively as an anonymous marketplace, the value of the token definitely has the potential to surpass its all-time high.

Also, the privacy features that the platform lends to Dapps built on may contribute to making the Particl platform popular as more people become protective of the privacy and seek out services that help them preserve it.

Having said that, PART is still a “small” altcoin compared to its leading peers, so it is wise to only add a small holding of this promising token to your overall crypto asset portfolio.