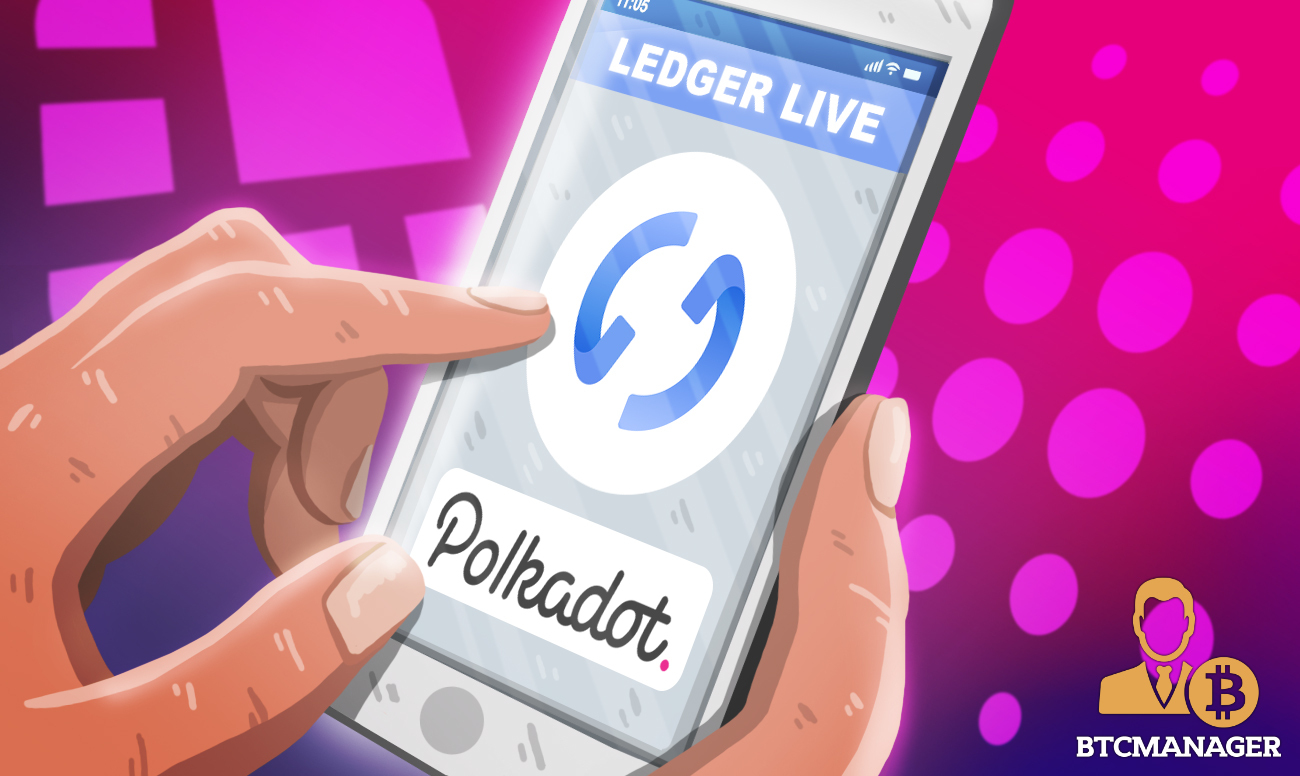 Polkadot (DOT) has grown to become one of the most significant blockchain projects in the world. This year alone, the Polkadot price has jumped by more than 360%, bringing its total market cap to more than $34.17 billion.

Founded in 2014, Ledger is a digital asset wallet provider that prides itself as a global leader in security and infrastructure solutions to safeguard critical cryptocurrencies. It revealed plans to bring a new blockchain project to the Ledger community, Polkadot, with its cryptocurrency (DOT) in a press release.

Used in conjunction with Polkadot-JS applications, Ledger Nano S and Nano X devices were previously supported. Over 1.5 million units have been sold by Ledger’s famous Nano S and Nano X wallets. Ledger Live is the cryptocurrency management all-in-one application of Ledger. Now you can use your Ledger hardware to log transactions from your Ledger Live app to manage your accounts and connect with your network, like staking DOT.

The statement reads that Polkadot will assist the wallet provider in its software application and connect it to Ledger Live – a smartphone app running alongside the Ledger hardware wallet. In addition to storing crypto assets, Ledger Live allows users to keep track of and maintain holdings even when the wallet is not nearby.

Polkadot’s Ledger Live integration means that users can gain the security advantages of keeping their secret key safe on a Ledger hardware system while still managing their accounts and doing staking activities in a single, convenient app. It could be particularly advantageous for newer DOT holders seeking a more straightforward staking guide without sacrificing private keys ownership and control.

Of late, DOT is among the best cryptocurrency price performers.

The asset entered the new year at approx. $8, but in the following months, it took full advantage of the bullish developments. Despite the minor retrace during last week’s market crash, DOT is still 350 percent higher than YTD, which currently exceeds $36.

According to stakingrewards.com, the token is also the second-most used coin for staking. With over $24 billion in staking funds, DOT is just $4 billion behind Cardano (ADA). As of this writing, approximately 64% of all DOT in circulation is at stake.