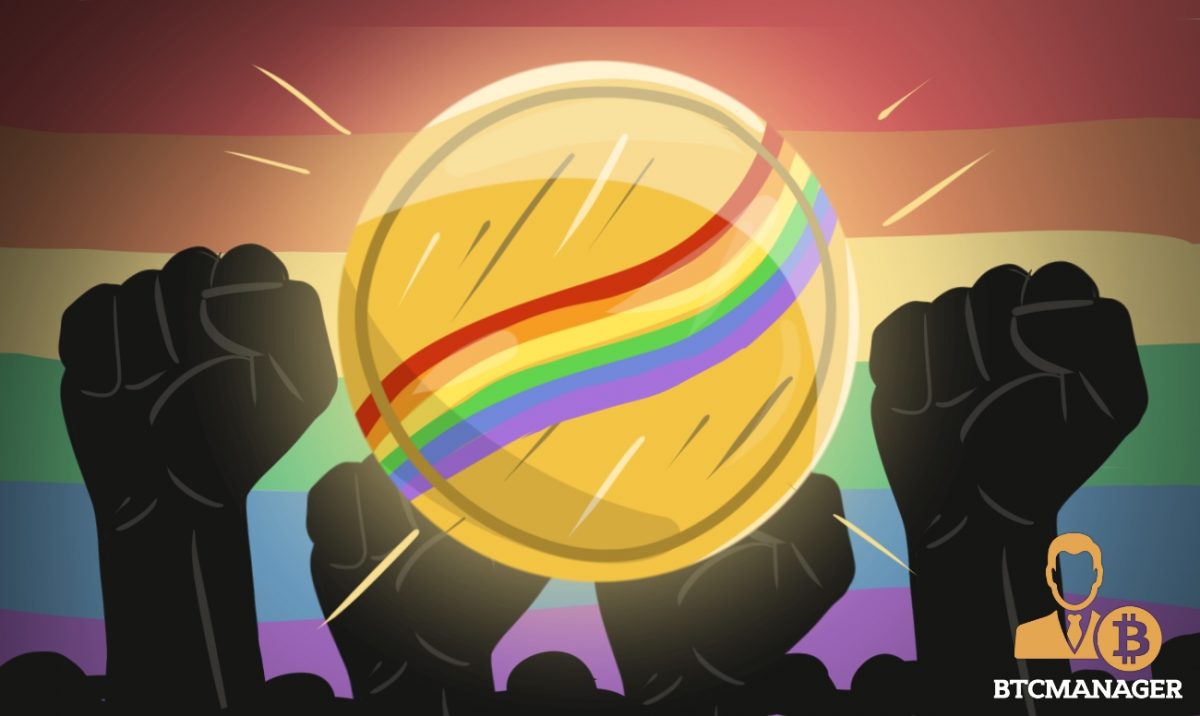 The LGBT Foundation is looking to use the power of decentralization and blockchain-based money to strengthen the ever oppressed minority of gay people, lesbians, bisexuals, and transgender humans. The Token Generation Event (TGE) scheduled for launch before the end of first quarter of 2018.

Cryptocurrency to the Rescue

The LGBT foundation, a Hong Kong-based nonprofit organization dedicated to supporting gay, lesbian and transgender people worldwide, has announced its intention to create a blockchain-based cryptocurrency that will maximize the potential of the ‘Pink Economy.’

As explained by the organization’s president, Christof Wittig, the TGE is aimed at generating funds for the support of members of the LGBT community passing through persecution, discrimination, and hatred around the world.

Some businesses run by the organization in San Francisco have already agreed to accept the LGBT cryptocurrency, the “pink dollar” as payment for goods and services. Wittig also hinted that members of his San Francisco-based gay social network, Hornet, are also free to pay their subscription fees with the Pink dollar.

In addition to supporting LGBT-run businesses, the organization wants to raise a substantial about of money to enable it to operate independently, as well as take its gay activism to the next level.

“We believe that we can create a funding mechanism out of this token to direct capital to causes that are important to the LGBT community,” the CEO said.

Ben Kubota, the LGBT project lead stated, “Blockchain technology will be leveraged by the LGBT Foundation to maximize the potential of the Pink Economy, and generate resources to support LGBT rights globally. As a percentage of global GDP per capita, the LGBT community could account for up to $4.6 trillion – meaning that, if it were a country, it would rank higher than Germany as the world’s fourth biggest economy.”

“The LGBT Foundation will tokenize the Pink Dollar so that the LGBT community can play an even greater role in shaping its destiny in countries across the world. By harnessing the community’s economic might, the Foundation and its members can accelerate the efforts of local communities, organizations, and individuals in their quest for equal rights and acceptance in society.”

The Blockchain to Empower the LGBT Community

He also hinted that the gay community is very wealthy, having a spending power that rivals that of other minority groups. In his words, “Merchants understand very little of this community. The blockchain allows brands to offer service targeted to LGBT members, in return giving them better understanding about the demographic.”

Blockchain technology is the solid rock behind most cryptocurrencies. The distributed ledger makes it easy for virtual currencies to function in a secure, anonymous and decentralized manner. While the technology has been doing great things globally, it remains to be seen whether the LGBT project will succeed by harnessing the power of this revolutionary technology.