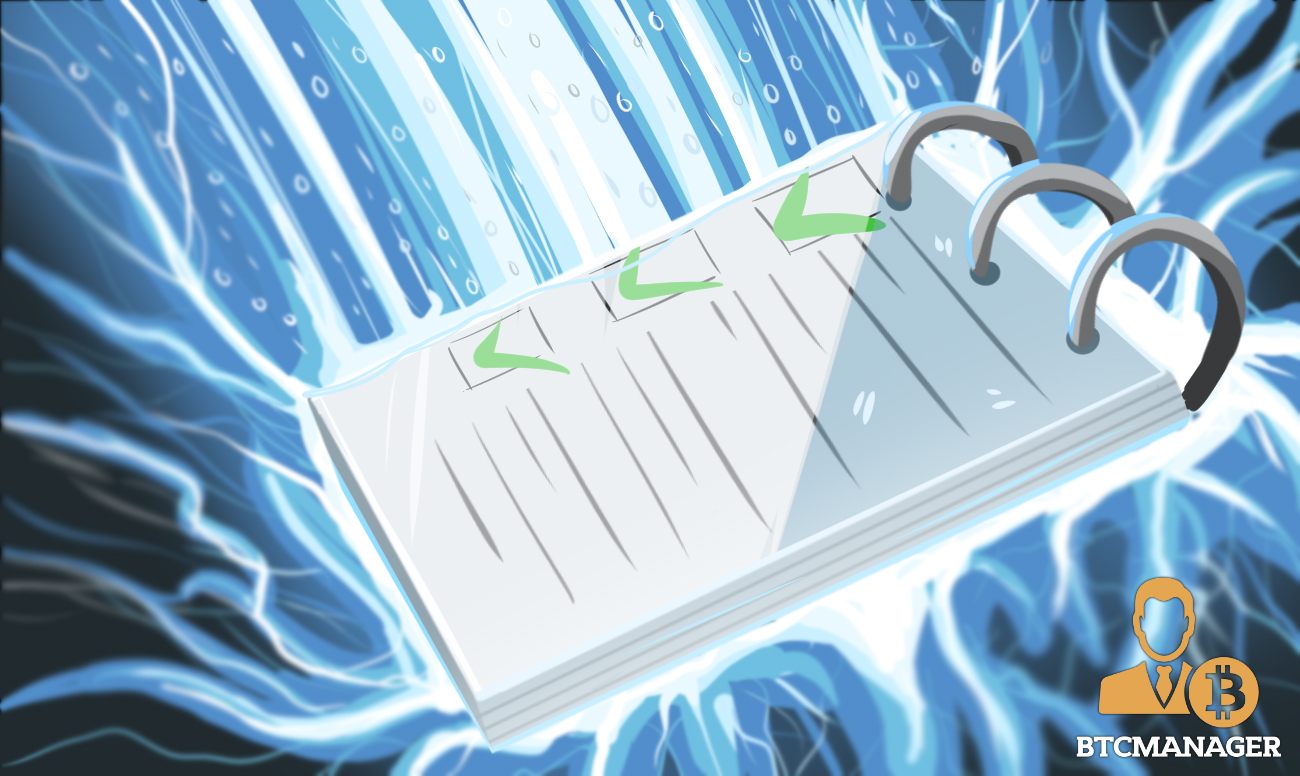 Developers have created a new proof of concept website based on Bitcoin’s Lightning Network to showcase how small-scale payments can be completed near instantly. Showcased at the premier bitcoin conference, Baltic Honeybadger 2018 in Latvia, Lightning Tasks allows anyone to earn a few satoshis by completing simple tasks. The official video demo involves the user transcripting text from a picture.

The Lightning Network is one of the most awaited off-chain scaling implementations for the bitcoin network. In the past, the cryptocurrency has been criticized for being clunky when performing everyday transactions. Since most of this boils down to the Proof of Work consensus mechanism that bitcoin uses, alternative solutions such as the Lightning Network had to be developed to fix the issue.

In the past year, the Lightning Network has gone from a successful beta release on the bitcoin testnet to a full-fledged scaling solution operating on the mainnet. While the project is still not ready to handle critical or high-value transactions, people around the world are already testing its potential for microtransactions and other purposes.

While past tests of the network have been focused on theoretical applications, Lightning Tasks allows anyone to complete specific tasks in exchange for a bitcoin reward. As the website is meant only to be a proof of concept, however, the reward is fixed at 1,000 Satoshi.

At the time of writing this article, that translates to around six cents. The inconsequential amount allows more people to trial the Lightning Network by ensuring that the tasks are extremely simple.

The Lightning Network is based on the principle of payment channels. It uses bitcoin’s built-in scripting ability to create a multi-party smart contract. Two parties who wish to transact with one another first place their funds in a new, multisignature wallet. The creation of this wallet, along with its address, is then logged as an entry on the bitcoin blockchain. This process is how a “channel” is created on the Lightning Network.

Subsequent transactions between the two parties can now take place through the funds stored in that wallet. Since the wallet is multisig-enabled, each party needs to agree upon their new respective balances. Regardless of how many transactions have taken place, the channel only stores the final balance.

Throughout this process, the channel has not communicated even once with the Bitcoin blockchain.

Once the channel has served its purpose of sending transactions back and forth, either party can close it permanently. The final balances will then be settled on the Bitcoin blockchain as a one-time record. This way, the Lightning Network can truncate tens, hundreds, or even thousands of transactions into a single record.

Notably, the developers of the network envision a future where users will no longer have to create a new channel with every party they wish to transact with. Like the internet routes packets through multiple gateways worldwide, the Lightning Network is designed to send funds through pre-existing channels.

As more channels are created on the Lightning Network, the entire process of creating channels each time can be abstracted away for new users. This property, according to its developers, “enables what was previously not possible with trusted financial systems vulnerable to monopolies—without the need for custodial trust and ownership, participation on the network can be dynamic and open for all.”

Significance of the Lightning Network

There are three primary characteristics of the Lightning Network that make it suitable for everyday transactions, namely near-instant payments, ability to carry out micropayments, and scalability.

Given that the bitcoin blockchain processes new blocks at an interval of ten minutes, it is no surprise that new transactions can take several hours, if not more, to complete. While this can be remedied for urgent transfers by paying a higher transaction fee than everyone else, this is not a valid form of recourse for the average bitcoin user. In late 2017, at the peak of cryptocurrency hype, the average confirmation time was as high as 1,188 minutes. Furthermore, the cost of sending a payment was approximately $28.

If one were to consider a typical retail transaction of under $20, transaction fees in the double-digit territory are anything but acceptable. As the price of Bitcoin increases, micropayments also became an important consideration. The Lightning Transaction, for one, can be used to send funds as little as one Satoshi (0.00000001 BTC).

Both of these characteristics mean that the Lightning Network is a relatively functional scalability improvement for the Bitcoin blockchain. By offloading most small transactions to a separate network, the cryptocurrency can be used for a larger volume of transactions.

Furthermore, since the technology revolves around the usage of smart contracts, it can be used to process automated, machine-to-machine transactions.

As with any new technology, widespread support for the Lightning Network is still pretty far out. However, proof of concepts have allowed developers to showcase its raw potential in scaling the bitcoin blockchain.

Given the relative success of the network then, some enterprising merchants have also added early support for the technology. Most recently, a Switzerland-based cafe energyKitchen began allowing its customers to pay for menu items via the Lightning Network. The initiative was a collaboration between energyKitchen’s Oliver Gugger and Swiss company Puzzle ITC.

Here is how our #LightningNetwork enabled Self Order Point looks like.
First of its kind, of course running on Bitcoin #mainnet, powered by LND @lightning @Blockstream! Visit https://t.co/p0htLS1BAN
Thanks for building this with me, @puzzleitc @jamok_sarita @tphilipona @gcomxx pic.twitter.com/OUbhpmrGaY

Since energyKitchen is currently only supporting payments via the Lightning Network, users will need to download a compatible wallet to initiate the transaction. A full tutorial has also been published by the developers, Puzzle ITC. Gugger tweeted:

“Until all wallets will support lightning natively – you need a lightning wallet like eclair from (ACINQ). No on chain payments accepted.”

The showcase of Lightning Tasks at the Baltic Honeybadger conference is another critical step towards adoption of the technology.

Fundamentally, it is built on the same premise as the popular web service Earn.com. First launched under the banner of 21 Inc., it allows users to “earn bitcoin by replying to emails and completing tasks.” The reward can then be withdrawn to a wallet or donated to charity. The company explained in a Medium post:

“You can also use the prices of inbound emails as a signal to rank them by importance. And you know immediately what the sender wants from you in a reply, as they’ve made their payment conditional on the completion of a very specific task. Hundreds of thousands of users have earned digital currency with Earn.com so far, earning millions of dollars in their free time.”

In April 2018, digital currency exchange Coinbase acquired the company and its employees for a whopping $120 million. The acquisition was reportedly centered around Earn.com’s Founder and CEO Balaji Srinivasan.

While Lightning Tasks is only in early stages, especially with a hard cap of 1,000 Satoshi, it still offers a brilliant glimpse into how the Lightning Network can displace popular freelance platforms such as Upwork and Fiverr. These websites notably charge a commission of around 20 percent on earned amounts.