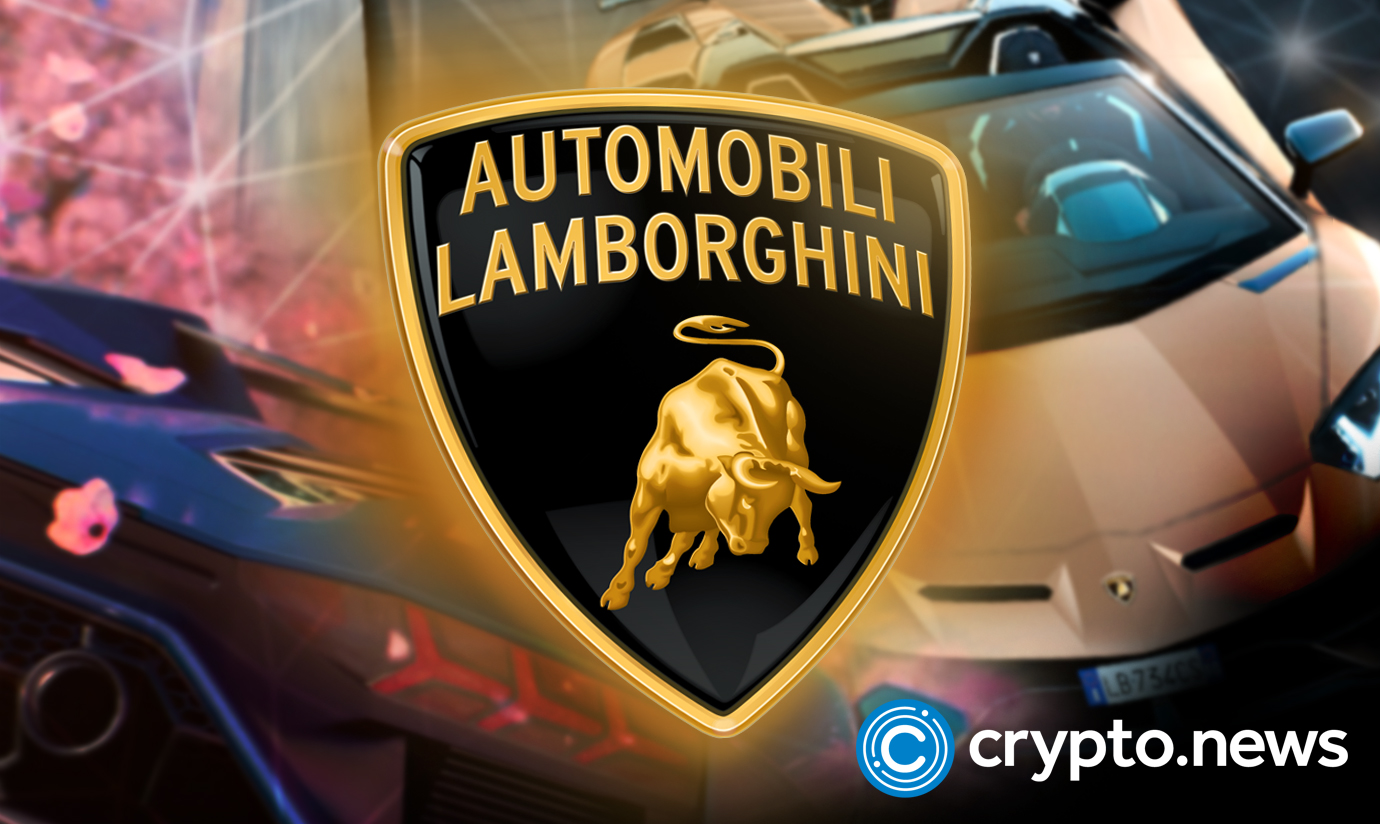 Automobili Lamborghini is partnering with Web3 Pro and INVNT.ATOM to launch its limited edition “World Tour” themed non-fungible tokens (NFTs) from October 24, 2022, as part of its 8-month “Epic Road Trip” NFT collection campaign launched in August, according to a press release on October 20, 2022.

As part of the NFT campaign, the team will release four unique World Tour-themed NFTs only available for a limited time.

Since the Bitcoin (BTC) bull run of 2017, the Lamborghini brand has established itself as a status symbol of crypto millionaires.

Despite the crippling bear market and the gloomy economic outlook globally, the team claims its Epic Road Trip collection NFT campaign has been a huge success so far,  with super sports car lovers and NFT enthusiasts racing to purchase the limited edition digital collectibles released each month for four consecutive days, each available for just 24 hours.

October represents the third month of Lamborghini’s 8-month-long NFT campaign and the 59-year-old luxury automobile giant has revealed that the NFTs will be released from the 24th to 27th at exactly 4 PM CET. The company explained:

“There will be 3 x limited edition (of 1,963) NFTs at USD$196.30 each, and 1 X rare edition (with only 63 globally available) at USD$1,963. Only those who purchase the series of three base collectible NFTs during Drop 3 will have whitelist access to the Drop 3 rare NFT. Each animated NFT is curated with 30 seconds of bespoke audio. 1963 signifies a nod to the genesis of Automobili Lamborghini’s foundation.”

Lamborghini will release a Limited Edition NFT dubbed “A ride through Times Square” on October 24. The animated NFT will feature Lamborgini’s Aventador Ultimate Roadster racing around the billboard ‘track’ filled with electrifying flights of the Big Apple, the team says.

October 25th and 26th will also see the release of one Limited Edition NFT each day, with the campaign coming to a climax on October 27, when a Rare Edition NFT of the Aventador Ultimate Roadster will drive into the Lamborghini headquarters at Sant’Agata Bolognese, Italy.

As with most NFT campaigns, Lamborghini has hinted that collectors of its digital collectibles will enjoy several exclusive benefits, including digital wallpapers, early access to subsequent NFT campaigns, VIP tours to the Lamborghini headquarters (travel & accommodation fees not inclusive), and more.

While critics still see NFTs as nothing but expensive and overhyped digital images, the trend continues to gain momentum with each passing day. Lamborghini is not the only automobile brand exploring NFTs.

As reported by crypto.news in September 2022, U.S. car manufacturer Ford Motors filed 19 trademark applications for its NFT and metaverse collectibles.