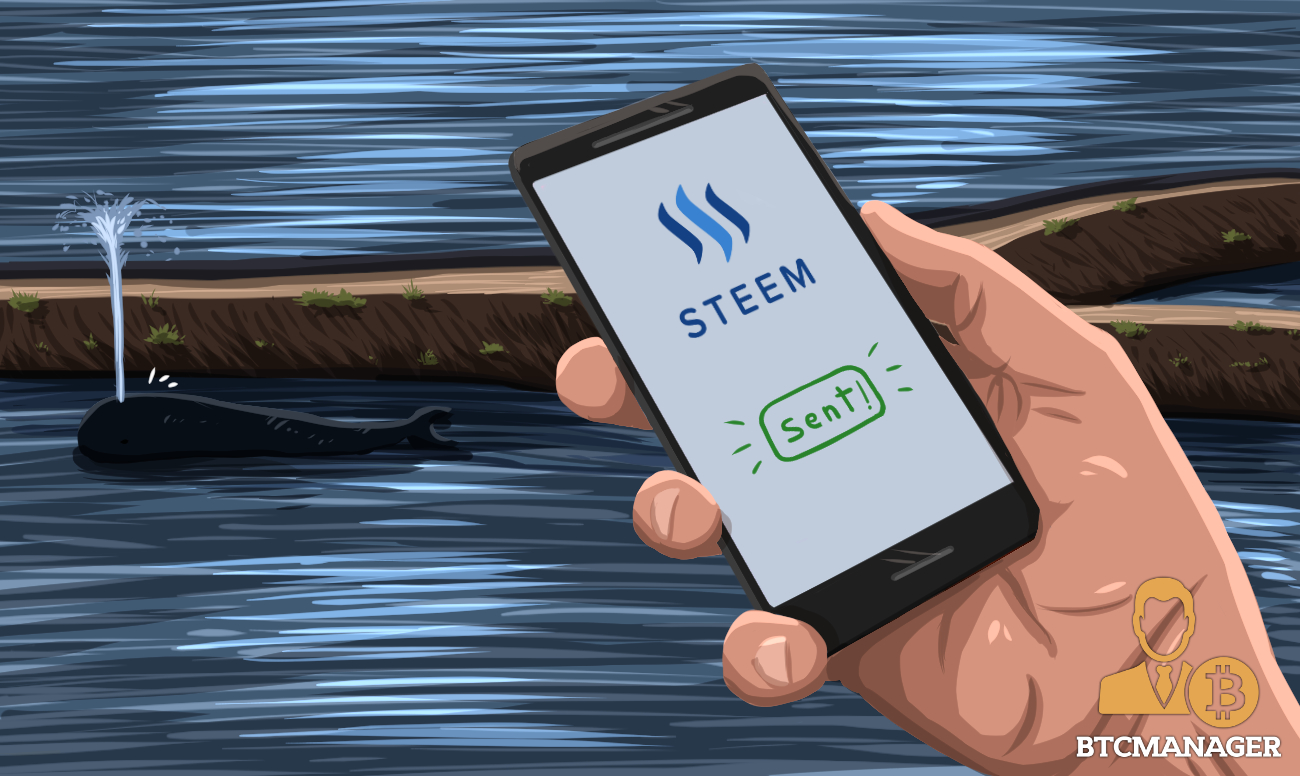 The SteemWhale is a recently deployed fountain in the form of a life-sized sperm whale located in the North of Netherlands. It is currently a part of the eleven fountains project dedicated to saving the lives of whales. Now, users can donate Steem tokens and see the whale “squirt” on command.

According to TheNextWeb, Roeland P. Lanparty, the blockchain developer for the whale connected the Steem cryptocurrency payment network with the whale fountain. Lanparty designed it so that users could visit steemwhale.io and donate some Steem to receive a whale fountain squirt in return. Users can donate from one to hundred Steem tokens, of which a single unit at the time of writing is worth $1.66.

On the steemwhale.io website, Lanparty mentioned that they decided to use the Steem blockchain for its ability to process transactions extremely quickly. The Steem blockchain processes a new block every three seconds which contains the latest transactions. Therefore, if users decide to donate to the SteemWhale, they can be rewarded almost instantly with a spray. The SteemWhale, however, operates between 0930H and 2100H Central European Time. Any donations that operate outside of these hours will receive a refund.

Users are welcome to visit the SteemWhale in person. The SteemWhale will be deployed for another ten years and can be found by the Willemhaven Southern pier in Harlingen harbor, Friedland in the Netherlands. The Whale measures at 18 meters and appears slightly submerged when there are rising tides. It, however, sprays throughout the day and sleeps at night. All donations will go towards covering the operational and maintenance costs for the Steemwhale and Ocean preservation causes.

Lanparty chose to use the Steem network for the whale fountain “to demonstrate the power and speed of this decentralized network.” Apart from its fast transaction processing times, Steem is also a blockchain dedicated to multimedia applications and a social network.