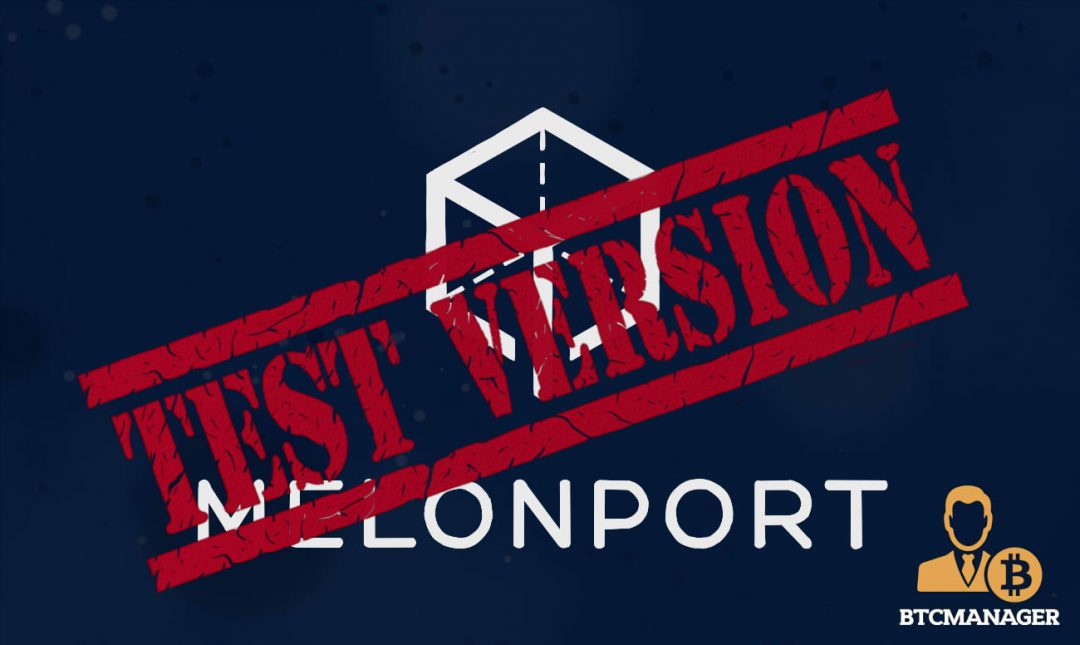 Switzerland-based blockchain startup Melonport has announced Version 0.1.0 of its digital asset management platform. The portal is built on the Ethereum blockchain and is now operating within the Kovan testnet.

Melonport is developing a digital asset management protocol that allows users to create their own portfolios composed of digital assets. The startup is led by former Goldman Sachs banker Mona El Isa, who believes the blockchain holds immense promise in revamping the financial services industry, especially in the fund management sector.

“Literally every other industry I can think of has been heavily disrupted by technology, except finance. Instead, we have built new technology on top of old technology for years and years and years making processes slow, inefficient and expensive. It’s time to reinvent the space from scratch and get rid of all these inefficiencies” says El Isa.

Traditional hedge fund businesses have many barriers to entry, which limit both portfolio managers and investors from participating in the sector. For personal funds, there are minimum asset requirements and higher fees, which dissuades participation. To manage other people’s’ assets, a regulatory license is required, which is time-consuming and expensive to acquire. Operational support, office space, analytical research, risk management technology, and auditors are other start-up costs that are very expensive and more often than not sink a hedge fund in its first year of existence.

For investors, the barriers to entry include the high management fees that hedge fund managers charge in order to offset the costs they incur while running the business. Also, it is not easy to find well-performing funds as there is no public directory. Most customers have to go with the most visible funds, though they may not be the best. Lastly, the best performing funds have a minimum investment requirement that can be difficult for the regular investor to meet. MelonPort believes the blockchain offers workable solutions for these challenges:

“Smart-contracts can largely automate some of the timely and costly functions involved in running a fund, improving competitivity by reducing barriers to entry with the blockchain enforcing the rules and parameters of the fund. In a digital asset world, blockchain can also replace custody risk with a trustless blockchain accounting system. This leads to much more transparent audibility and visibility.”

Enter the Melon protocol, the digital asset management platform that Melonport is developing. The protocol is built on the Ethereum blockchain and is made up of two sets of smart contracts namely Melon Core and Melon Modules.

Melonport hopes to reduce the barriers to entry for both investors and fund managers as there is no minimum investment size, there are lower transaction fees, and there is high audibility, security, and visibility due to the nature of the blockchain. Also, fund managers have high visibility of their fund performs well as well as low operational costs as most key functions are supported by the smart contracts.

The new release of the Melon platform lets users to test out the platform in its early stages. This version allows users to create their own funds (using the ERC20 token format) and invest in it once it is live. Trading within the first Melon Universe Module which has been made possible using five ERC20 assets (ETH, BTC, MLN, EUR, and REP). Users can then monitor the performance of these assets via first data feed module powered by Cryptocompare and Oraclize using native proofs.

The platform also allows for the calculation of share prices in real time. Users can redeem shares in their funds at any time as well as trade on Melonport’s exchange against its liquidity provider, which tracks real prices and provides continuous bid and ask prices at prevailing market rates. Lastly, users are able to generate a real, stored track record on Kovan secured by the integrity of Kovan’s authorities.

Ethereum’s Kovan testnet, which the Melonport platform operates within, uses the proof of authority consensus algorithm and thus is considered a very secure platform due to the strength of its ten authorities.

Melon works on a combination of Kovan and the Oracle system in order to ensure maximum security, as explained on the company’s blog post:

“The Kovan network is combined with an oracle system using native proofs — think of it as CryptoCompare digitally approving/signing over the integrity of the data that is intended to be delivered to the blockchain, and Oraclize taking the data and verifying the signature on the blockchain! This means that manipulation of data on its journey from the data source to the blockchain becomes virtually impossible (assuming the same cryptographic properties hold that make your Ethereum private key secure).”

The platform can be tested here, though a connection to the Kovan Ethereum testnet is required. Kovan test ether is also required but can be acquired through the Melon Gitter channel or the Parity Gitter channel. Since the release is an early stage reveal, the team aims to use feedback from the Melonport community to better the platform and warns users to expect bugs.

Melonport held its first Melon (MLN) token sale in February 2017 and had revealed that there would be a second token sale in the first half of 2018. The token sales will be used to fund the two-year workshop after which the Melon protocol will be deployed for actual use.