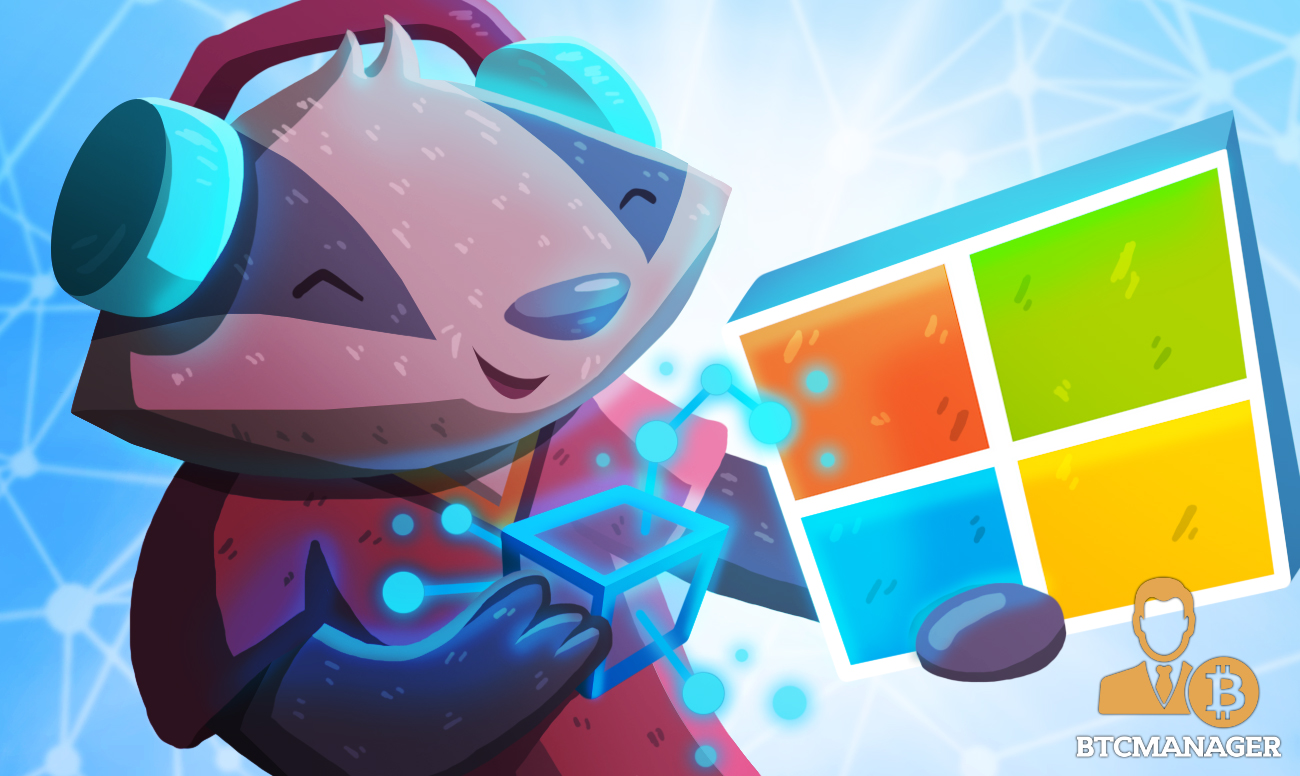 Microsoft, a global tech giant has joined forces with the Enjin (ENJ) distributed ledger technology (DLT) project to launch a blockchain-based recognition program dubbed Azure Heroes. The project aims to reward tech experts from all backgrounds with unique Ethereum-based non-fungible tokens (NFTs) for their contributions to society, according to a blog post on December 4, 2019.

In a bid to reward tech experts who make meaningful contributions to the society with its Azure cloud computing platform, Microsoft has partnered with Enjin (ENJ), a project that claims to offer integrated software products that enable users to easily enjoy the benefits of blockchain technology, to roll out Azure Heroes.

As stated in its blog post, the primary objective of Azure Heroes is to empower tech practitioners from all walks of life to be the best they can be, reward them for their significant contributions to the tech world, and encourage them to keep building, coaching, learning and promoting healthy and inclusive behaviours within the Azure community.

“Azure Heroes is focused on rewarding people for verifiable acts of impact like creating demos, coaching, blogging about Azure or completing certain challenges. Community members that have demonstrated their contributions will be recognized with badges across various categories.”

Microsoft and Enjin have created unique badgers in the form of NFTs tokenized into cryptoassets with limited supply on the Ethereum blockchain, to reward “Azure heroes” from various backgrounds.

Specifically, the digital badgers are divided into five different categories namely: Inclusive Leader badger, for individuals who have worked hard to ensure their projects are inclusive, Content Hero, for creators of unique content of types, Community Hero, Mentor, and Maker badger, which recognizes innovators and people who complete specific challenges in hackathons, OpenHacks and more.

“Each season, the badgers will be minted in verifiably limited quantities and stored on the public distributed ledger. We will keep issuing badgers to the community for various achievements until supplies are depleted,” declared the team.

To receive any of the badgers, tech experts can nominate themselves or anyone that has made a significant and verifiable impact in any of the categories. Selected recipients will get their personal QR code which they’ll need to scan with their phones to claim their badger.

Reportedly, once an NFT Badger has been received in a recipient’s Enjin wallet, the individual can transfer the token to any public Ethereum address of his/her choice or “destroy it if it’s no longer desired.”