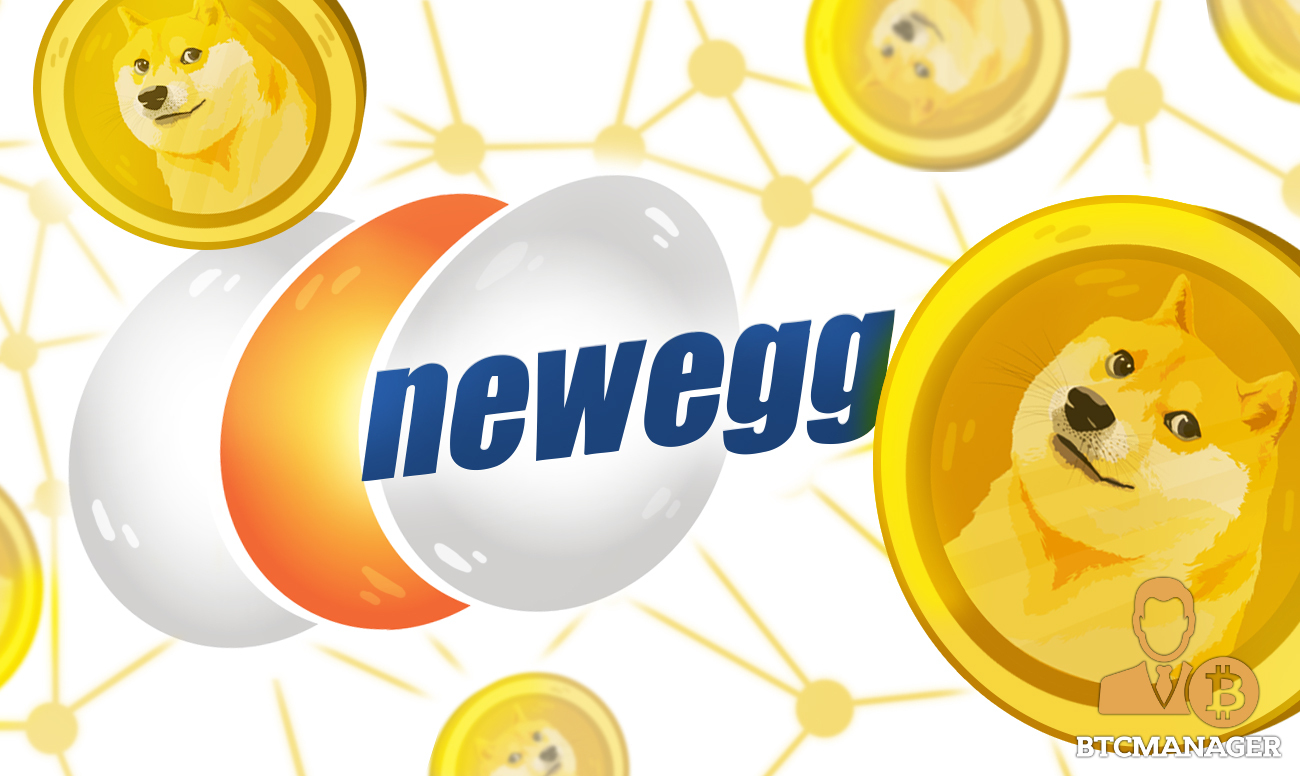 DOGE now on the Newegg Platform

In a press release published on Monday (April 19, 2021), Newegg revealed that it was enabling support for DOGE on its platform. The addition of the meme coin is the company’s way to celebrate #DogeDay celebrated on April 20 by DOGE proponents.

Newegg also stated that it would partner with cryptocurrency payment platform BitPay, for the new payment option. The e-retailer tweeted the announcement via its official Twitter handle, stating:

“We are now accepting #dogecoin as an official payment method via BitPay. Simply click “Edit” in the payment section during checkout, select BitPay, and complete your transaction. Happy #DogeDay to all, let’s share the good news.”

Commenting on the addition on DOGE to its list of payment options, Newegg’s brand manager Andrew Choi, said

“The excitement and momentum around cryptocurrency are undeniable, and the recent surge in Dogecoin value underscores the need to make it easier for customers to make purchases with this popular cryptocurrency. We’re committed to making it easy for our customers to shop however works best for them, and that means letting them complete transactions with the payment method that suits them best. To that end, we’re happy to give Dogecoin fans an easy way to shop online for tech.”

Prior to supporting DOGE, the company back in 2014 collaborated with Bitpay to enable payment with bitcoin on its platform, becoming the first major online retailer to accept BTC.

Meanwhile, DOGE has been on a massive bull rally, gaining over 400 percent in one week. Dogecoin recently hit a new all-time high of $0.45 on some crypto exchanges, with a market capitalization of over $52 billion, making the crypto asset the fifth largest coin.

Tesla CEO and billionaire Elon Musk, has also been a major proponent of the meme-inspired coin. Earlier in April, Musk tweeted:

The coin reacted positively to the tweet within minutes. Back in March, the Tesla CEO said that he was willing to accept 420 million DOGE for his NFT Music Track.