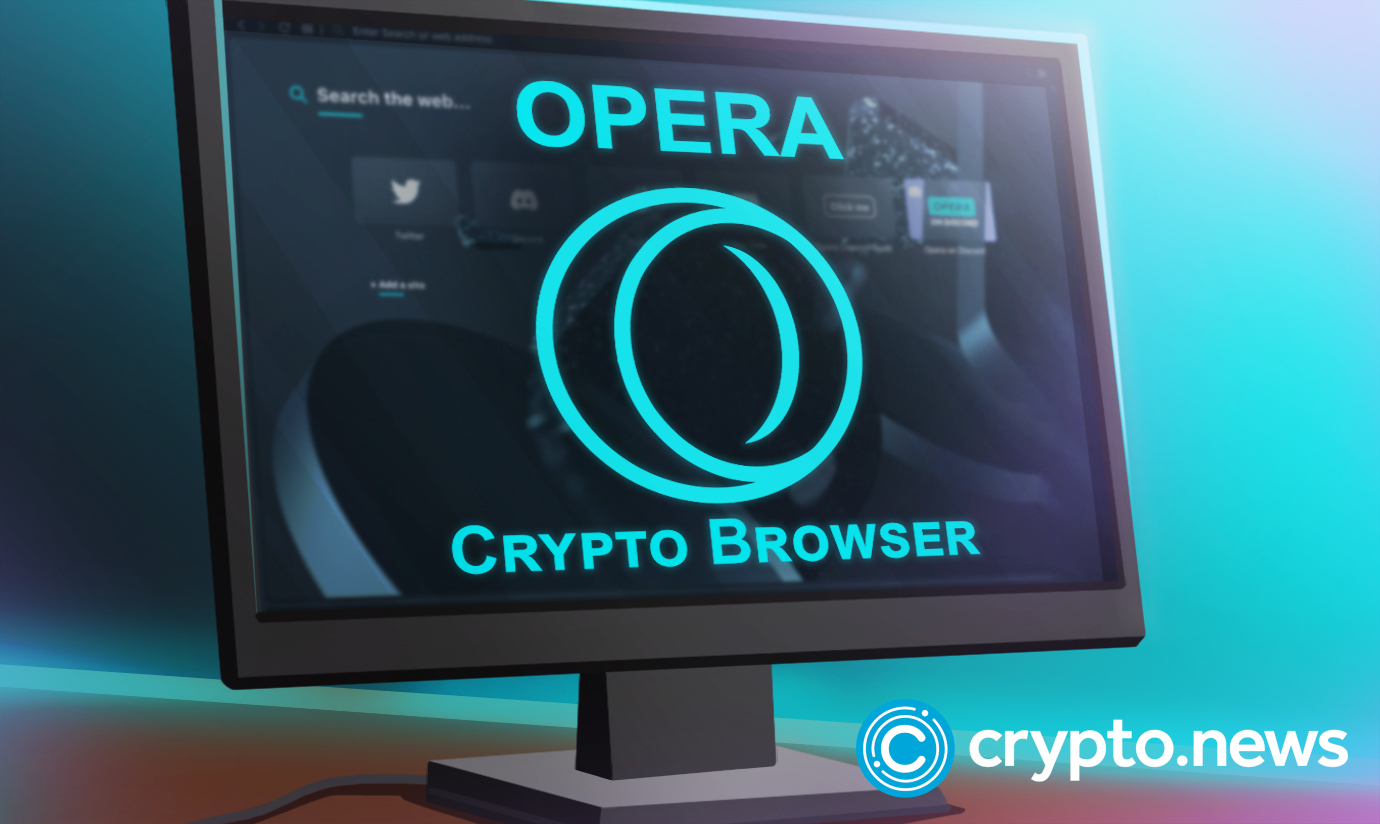 Opera Browser has on March 30, 2022, added support for bitcoin (BTC) and eight more distributed ledger technology (DLT) networks, including Solana (SOL), Polygon (MATIC), StarkEX, IXO, Ronin, Nervos, and Celo. The move is aimed at making it easier for users to access Web3 ecosystems and decentralized applications straight from their browsers.

Opera, a global web innovator with an engaged and growing base of hundreds of millions of monthly active users who seek a better internet experience, has added support for several established blockchain ecosystems including Bitcoin, Solana, Polygon, StarkEx, Ronin, Celo, Nervos, and IXO.

Opera, which claims to be the creator of the world’s first native Web3 browser, has made it clear that the latest integration of multiple blockchain networks into its ecosystem is a key strategy in its mission to become chain agnostic and seamlessly onboard millions of users to Web3, in an environmentally-conscious way.

With the latest integration, Opera users will have access to the vast array of decentralized applications (dApps) in the Polygon and Solana ecosystem as well as Layer-2 decentralized finance (DeFi) via the StarkWare-powered DiversiFi. Users can also tend to their non-fungible tokens (NFTs) in the Axie Infinity metaverse via Ronin.

“Ever since we started in the Web3 space in 2018, we’ve been sealing partnerships with the most popular and cutting edge blockchains and Web3 platforms in order to accelerate crypto’s evolution from proof of concept towards mass adoption. Ultimately, Web3 is on its way to becoming a mainstream technology and users won’t need to know they’re interacting with it. They need to get a superior user experience and true benefits.”

Opera’s dedication and focus on contributing its bit to the global adoption of bitcoin and numerous altcoins over the years, has laid the groundwork for collaborations and attracted investments from heavy hitters in the blockchain space including Bitmain.

In March 2020, Opera inked a partnership deal with Wyre to enable users in Switzerland, New Zealand, Mexico, Australia, and other parts of Europe, to seamlessly buy bitcoin and other crypto-assets right from their browsers without third parties.

“Being able to acquire cryptocurrencies without having to go through an exchange, directly from the wallet makes the process easy for our users. Expanding this feature to more regions is key to driving blockchain adoption,” said Charles Hamel, Crypto Lead at Opera at the time.

The team says Polygon integration is a key strategy in its mission to seamlessly onboard millions of users from across the globe to crypto, Web3, and DeFi in an environmentally-friendly manner.