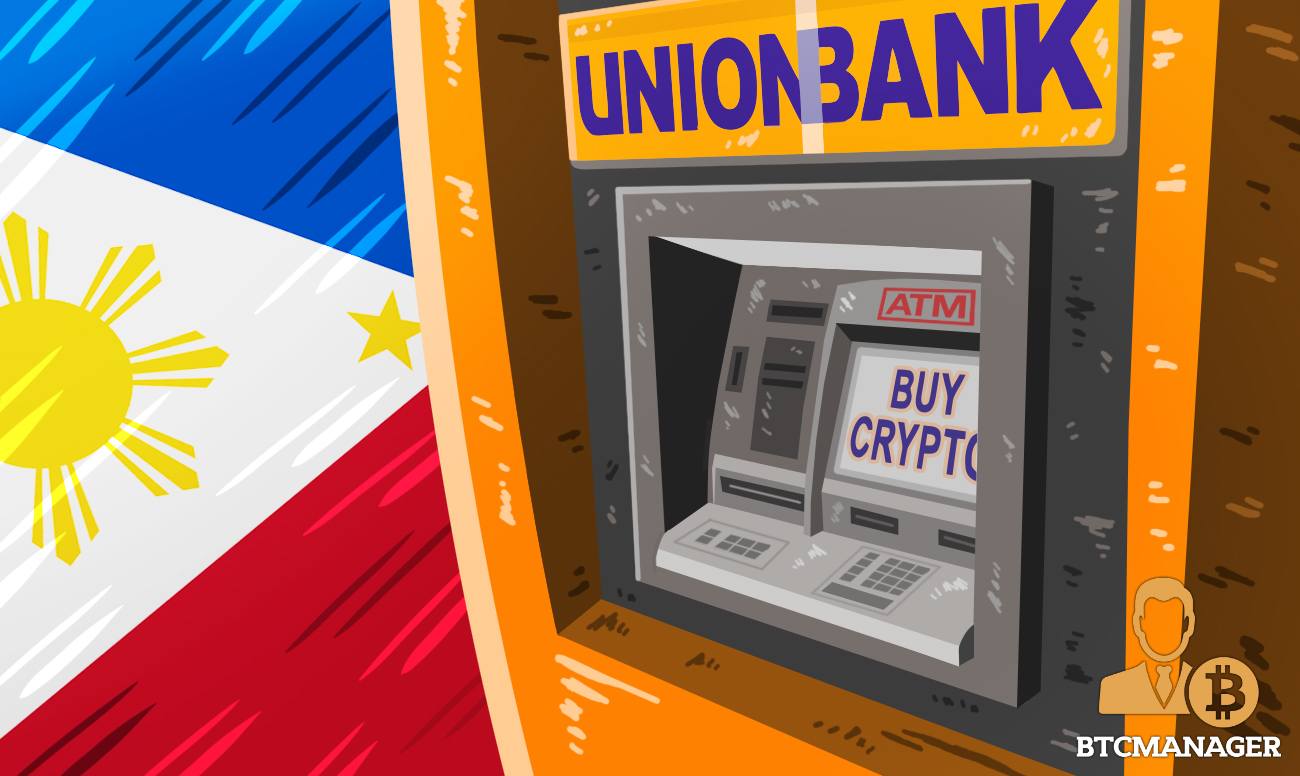 The Union Bank of Philippines, one of the country’s largest banks, is unveiling two cryptocurrency ATMs. The initiative from Union Bank has the blessings of the country’s central bank, Bangko Sentral ng Pilipinas (BSP). The move is likely to promote Bitcoin adoption in a country that has already adopted a proactive approach towards the industry.

According to a report appearing on the Philippine Star publication of February 6, 2019, the Union Bank of Philippine will launch the country’s first two-way cryptocurrency ATM to allow their customers to buy and sell cryptocurrencies using fiat. This, according to the bank, is because of their continued quest to address their customers’ acquired taste for virtual currencies.

Even though the Union Bank hasn’t given specific details regarding the coins it will be offering via the ATMs, a bank official has stated:

“The ATM will provide these clients an alternative channel to convert their pesos to virtual currency and vice versa.”

As per the statement, the initiative has the blessings of the country’s central bank because of its continued collaboration with Bangko Sentral ng Pilipina. This collaboration allows for further experimentation within the necessary regulatory boundaries. The unveiling of the ATMs coincides with the launch of the Bank’s third phase of its digital transformation which includes blockchain initiatives and intentions to promote new services and financial inclusion.

Positive Outlook towards the Crypto Sector

The central bank of Philippines, Bangko Sentral ng Pilipinas (BSP), has since 2017 held a positive outlook towards the regulation of the local cryptocurrency industry. The country is among the first countries in the world to recognize cryptocurrencies as a remittance method and an asset class.  The launch will be the first instance where a leading commercial bank and a country’s central bank has overseen the launching of a Bitcoin ATM.

Cryptocurrency users in the Philippines can buy and sell digital currencies in just about every place, with Pantera Capital CEO Dan Moorehead saying one in every ten crypto users use Coins. Ph, the country’s leading cryptocurrency exchange. Filipinos can use local brokerages and crypto Apps to convert crypto to fiat and vice versa besides using cryptocurrencies to make purchases at thousands of outlets.

Even though the bank has deployed only one ATM, they plan to use it to evaluate the local demand in the next few weeks to decide how soon they might want to implement more ATMs. The Bank’s crypto ATM will enhance liquidity and increase the accessibility of cryptocurrencies in the region, especially when the bank finally expands its operations to the other areas.

The degree of cryptocurrency adoption in the Philippines is higher than many other countries primarily because there are limited viable banking options for most of the local population. The deployment of virtual currency ATMs developed by a leading banking institution and approved by the country’s central bank will be a sign of confidence towards the local cryptocurrency sector.