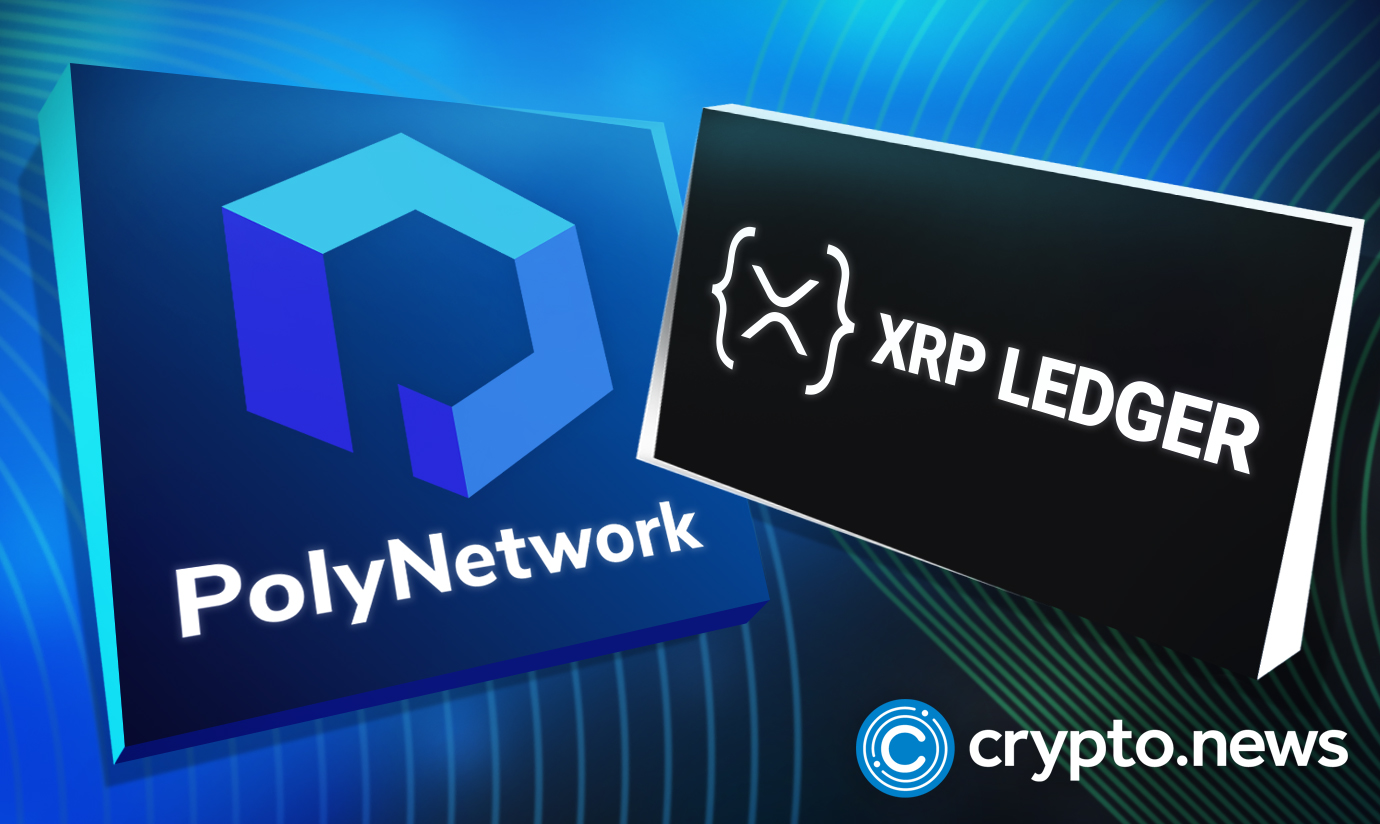 Poly Network has announced that it will integrate open-source, public, and decentralized Layer-1 blockchain, XRP Ledger into its protocol to facilitate cross-chain transactions and cross border payments.

Poly Network, a cross-chain interoperability protocol, will integrate with XRP Ledger, to create a multi-chain ecosystem, that will allow users to send XRP assets to heterogeneous blockchain networks including Ethereum, Polygon, Fantom, Avalanche, and Arbitrum, through Poly Network.

“With the addition of XRP Ledger to the Poly Network ecosystem, the network cluster effect grows larger, which creates improved asset interoperability for users amongst various public chains and project parties.”

Poly Network hopes that the integration will boost the usage of XRP in several operations including DEX trading, lending, and liquidity mining, amongst various heterogeneous blockchains and within the Layer 2 ecosystem. Users of the platform will be able to perform  “instant low-cost cross-chain asset transfers.”

Users who want to withdraw their funds can do so in a seamless process where all Poly Network validator nodes will sign the withdraw transaction and relay it to Poly Network’s smart contract to assemble an XRP multi-signed transaction, and finally to XRPL by any relayer who is listening to the assembly event.

Poly Network seems to be recovering after it suffered one of the biggest heists in 2021, where hackers stole over half a billion dollars from the DeFi project.

The XRP Ledger is a public blockchain platform created in 2012 as a cheaper and more efficient alternative to Bitcoin (BTC). The blockchain was built for easy, efficient, and low-cost transfer of assets. Other features inherent to the XRP Ledger such as auto-bridging, allow assets transferred to the XRPL to access the DEX’s existing liquidity to create synthetic order books for assets. Pathfinding functionality also allows assets to find an efficient path for a trade. Since its inception, more than $200 billion has been traded on the XRP Ledger’s DEX.

The XRP Network’s efficiency and low transaction fees have made it a promising payment system for the future. However, all is not going smoothly for Ripple mainly due to its lingering legal battle with the SEC. XRP’s value increased in early 2022 despite the continuing SEC troubles, strongly indicating that many crypto investors believe in its potential. Ripple’s XRP token is trading at around $0.43 at press time.