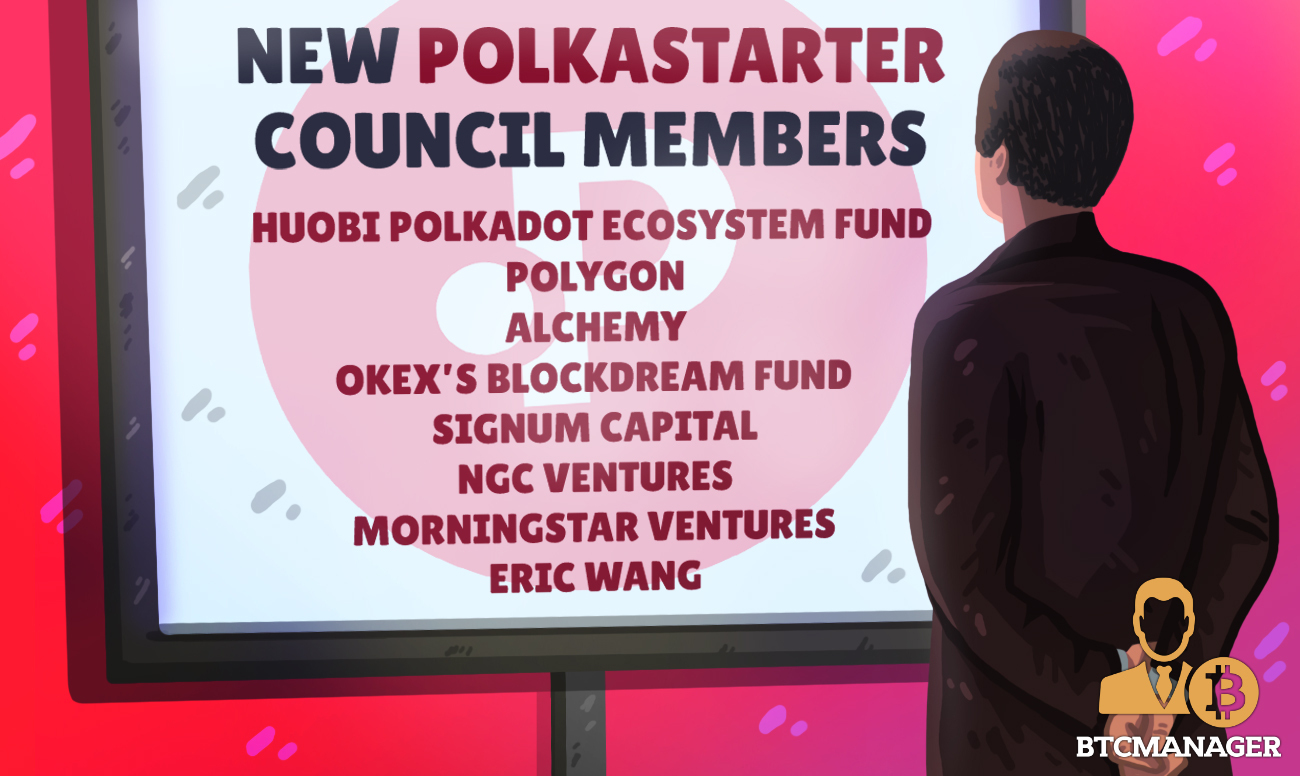 Polkastarter–a decentralized DEX and auctioning platform on the interoperable smart contract platform Polkadot, has announced new council members, including Eric Wang who is the Ecosystem Development Lead at Parity Technologies, an update on Apr 7 reveals.

Together, Polkastarter council members have over 250,000 followers across the world.

They all share the same crypto vision, chosen meticulously with the assurance that they will help grow Polkastarter and contribute positively to the Polkadot ecosystem.

“By joining the Polkastarter council, we hope to further improve the lives of developers in the space. We see IDOs as the next evolution of democratizing access to capital for projects that are fundraising. This new fundraising model offers better liquidity, open and fair trading which ultimately accelerates project launches.”

A Decentralized Way of Crowdfunding

Their role is to attract only the best blockchain projects seeking to raise funds from the dual platform. Polkastarter has been gaining traction in recent days, helping over a dozen projects raise hundreds of dollars in a decentralized, private, and open manner.

Already, since April, these council members have helped several projects raise funds. Besides, they have received over 6.5k ETH from 80 pools controlling assets worth over $2 billion.

As BTCManager reports, Tether (USDT) will launch on Polkadot and Kusama.