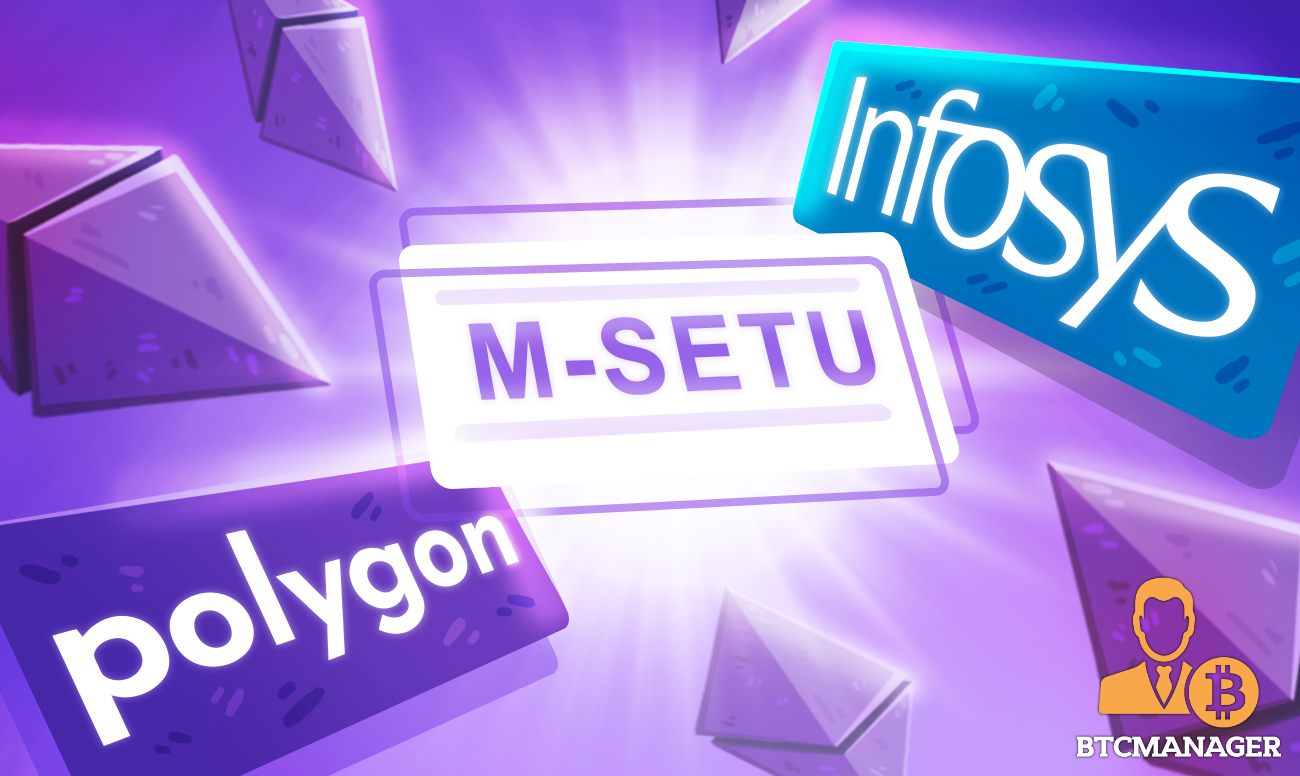 Polygon (MATIC) has joined forces with Infosys to launch M-Setu. The leading distributed ledger technology (DLT) project says M-Setu is an open-source bridge designed to make it easier for enterprises to integrate Ethereum into their processes, according to a Twitter thread on April 8, 2021.

While the global insurance industry has grown into a multi-trillion dollar industry, the ecosystem is still plagued by numerous challenges, including proper digitization processes, lack of fail-proof ways of using and improving the quality of analytical data, amongst others.

Now, in a bid to help the industry mitigate some of the aforementioned challenges and make it easier for enterprises to interoperate with the Ethereum smart contracts distributed ledger, Polygon (MATIC) has joined forces with Infosys Consulting to launch M-Setu.

According to the project’s Twitter thread, M-Setu is an open-source Ethereum bridge specifically made for enterprises and the first application built on the platform is InsureChain, a solution the firm claims is designed to facilitate the frictionless porting of insurance policy from one provider to another.

What’s more the team has hinted that in addition to facilitating the seamless porting of insurance policies, more use cases for the M-Setu InsurChain solution, including for KYC/AML processes, fraud mitigation. Peer-to-peer (P2P) insurance on the blockchain and more, will be introduced in the coming weeks.

“With this announcement, Polygon solidifies our commitment to helping Enterprises use public blockchains for meeting their strategic and operational objectives,” wrote the team.

While there are thousands of distributed ledger technology (DLT) projects currently in existence, only a few have what it takes to solve real-world problems and the Polygon (MATIC) team have been working hard to stand out from the crowd and promote global blockchain adoption.

As reported by BTCManager earlier in May 2020, Polygon (MATIC) joined forces with other top DLT projects, including Aeternity and Harmony to launch a program designed to make it easier for Indian startups to integrate DLT.

Formerly known as Matic, the layer-2 Ethereum scaling solution rebranded as Polygon in February 2021, in a bid to “give projects more freedom of choice when selecting the scaling solution, with a proprietary software development kit (SDK).”