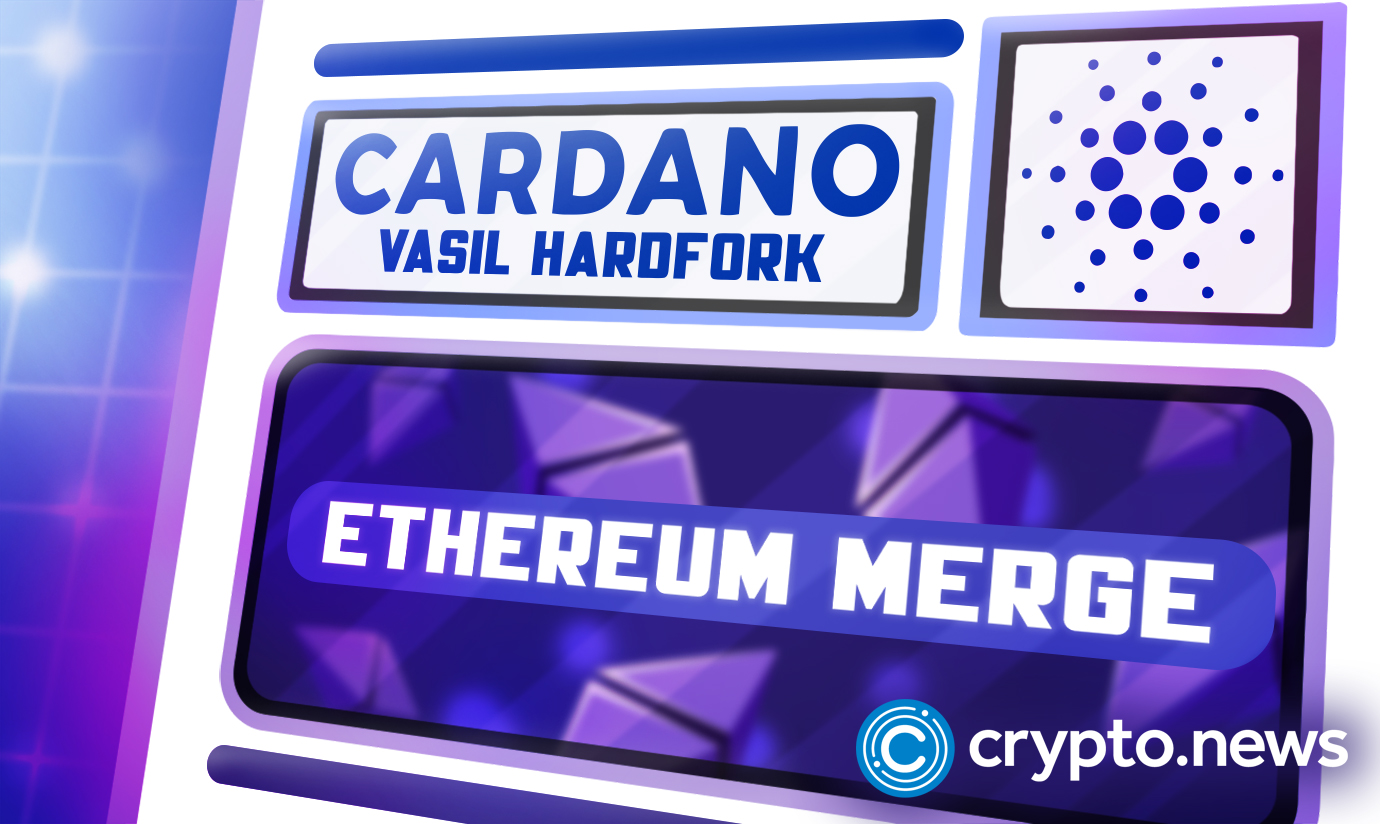 Two smart contract rivals undergo major technological upgrades to enhance their ecosystems. Cardano centered on a Vasil Hard Fork Upgrade, while Ethereum transformed from a Proof of Work consensus to a Proof of Stake consensus mechanism. The real question crypto fans ask is, were the upgrades worth waiting for?

Ethereum and Cardano underwent significant technological changes to enhance user experiences in their respective ecosystems. Ethereum completed the most anticipated change in cryptocurrency by shifting its consensus from a Proof-of-Work to a Proof-of-Stake. On the other hand, Cardano’s upgrade resulted in The Vasil Had Fork update that involved the addition of vital features to the ecosystem.

Ethereum completed the merge on September 15, 2022. Even though the crypto community much anticipated the merger, the merger seems to have disappointed crypto whales, and Ethereum’s price action turned bearish upon the announcement.

According to CryptoRank, investors seem to have cashed out pre-merge, recording ETH transactions of over 1.7 million ETH. This series of sell-offs was the likelihood of Ethereum’s sentiment turning bearish.

Even though Ethereum prices are declining, the impact may last a short while. The bull run is because, according to trackers, the number of Ethereum validators had increased significantly, surpassing the numbers before the merge took place. Ethereum staking has also become more popular among cryptocurrency fans.

Trackers have recorded a gigantic figure of more than 439,000 validators and more than 14 million staked ETH. The two figures are rising daily, a sign that Ethereum’s bearish sentiment may be a temporary occurrence as whales prepare to cash in funds on the ecosystem.

Away from speculative interests, Ethereum’s merger has significantly improved the smart contracting network. Ethereum is now more scalable than ever. Consequently, the new staking consensus utilizes less power than the previous PoW method of validating transactions within the blockchain.

Ethereum’s transformation has opened up the ecosystem by reducing barriers and limiting centralized governance, making the new Ethereum less prone to 51% attacks.

Cardano’s Vasil upgrade enhances the ecosystem’s Decentralized Application Development Capacity. The update also makes Cardano’s system more secure, increasing its general usability. According to an announcement by Output Hongkong, the organization that supervises the design, building, and maintenance of ADA’s ecosystem, the network upgrade will improve Cardano’s scalability and the capabilities of Cardano’s smart contracts.

What Does the Future Look Like For Two Projects?

Ethereum and Cardano may have a bright future ahead as part of their sharp declines after their upgrades were embedded in the overall bearish market sentiment on the entire Crypto and NFT spaces. As Bitcoin picks bullish momentum, the crypto outlook may switch to bullish, pulling whales into the virtual niche. The result may turn bullish for both Cardano and Ethereum.