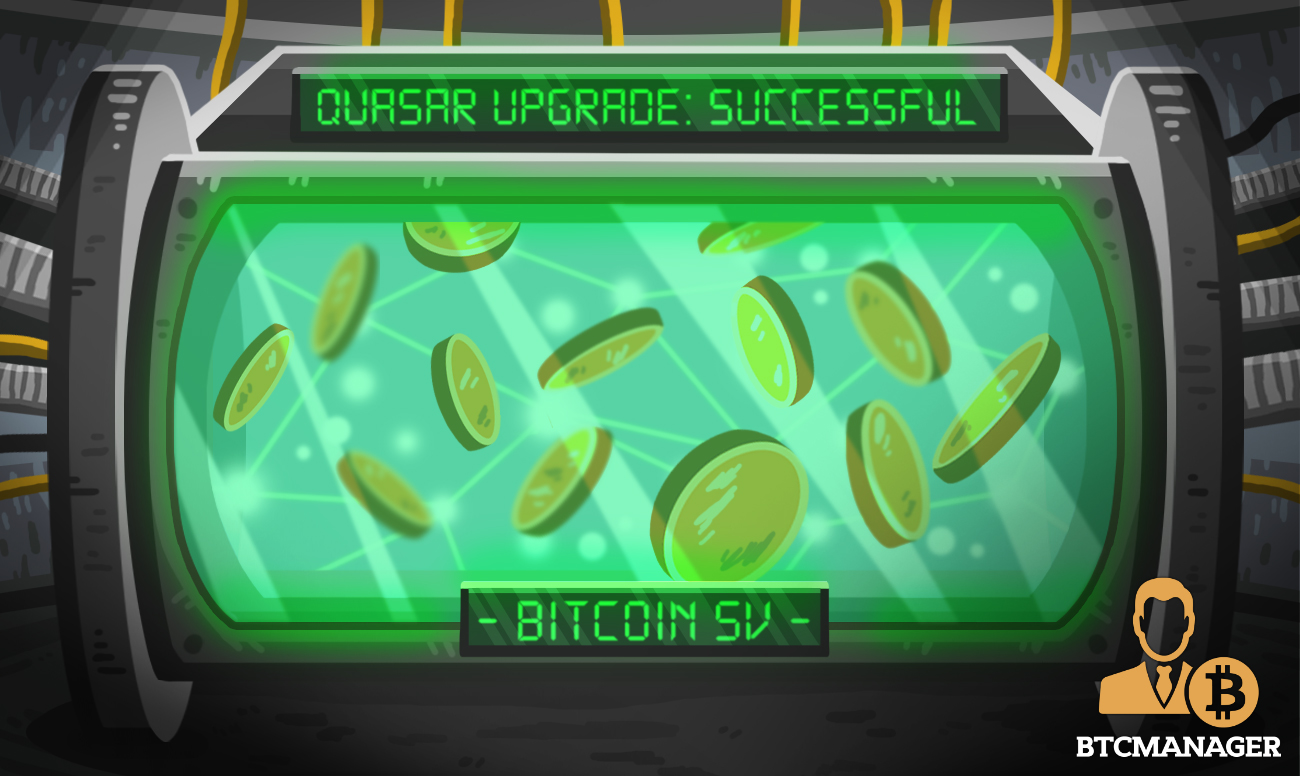 The Bitcoin Satoshi’s Vision (BSV) protocol was able to hard fork and upgrade to the proposed Quasar mainnet that increases the max block size from 128 MB to 2 GB. BSV split from BCH after prolonged infighting and a lack of consensus over block size. BitMex Research reported there was confusion about the timing of the hard fork, with the Bitcoin Association and protocol citing different times, one hour apart, July 25, 2019.

The biggest debate in Bitcoin is undoubtedly the block size debate. This led to two contentious hard forks: Bitcoin Cash (BCH) from BTC and BSV from BCH.

Bitcoin SV is expected to hardfork today at around 14:00 UTC. There appears to be some confusion over the exact timing of the upgrade, with https://t.co/BceJ4C07PY saying 13:00 GMT and the code appearing to say 14:00 UTC

In a move that is honestly in line with BSV’s view on scaling, the block size cap has been increased 16x from 128 MB to 2GB. The BSV chain struggles to consistently mine 1 MB blocks, so it’s quite confusing to try and comprehend the logic behind the increase.

The 147mb block is now buried under 6 additional blocks. I think we can call it now.

Quasar upgrade is locked in. https://t.co/HU8dqzEIEo

It was revealed that over 90 percent of BSV’s transactions were because of a weather app, namely WeatherSV.

According to the Bitcoin Association, founded by an associate of Craig Wright, Jimmy Nguyen, the BSV Scaling Testnet recorded a 1.42 GB block.

The polarity in the perception of how to scale is quite interesting when it comes to cryptocurrency. Bitcoin believes in creating a free market to induce more incentives for potential miners and further decentralize the hash power and for users to run full nodes, whereas BSV and BCH believe in the usage of SPV wallets, big blocks, and low fees to drive adoption for real usage.

The way these networks view themselves has also changed. While BTC is considered to be a deflationary store of value, BCH aims to be a peer to peer payment system, and BSV aims to be a hybrid between BCH and Ethereum.

According to SV Coin Dance, the BSV mining pool as of today has 57 percent of its hash rate owned by CoinGeek and nChain. The two were the driving forces behind BSV’s split from BCH, mostly due to transaction ordering and the proposed use of Avalanche.

Mining centralization is underestimated risk for decentralized networks, and it continues to plague BSV despite the supporters not caring much for it.

In all honesty, proponents of BSV are very focused on community building and are legitimately putting in the effort to create real-world applications.