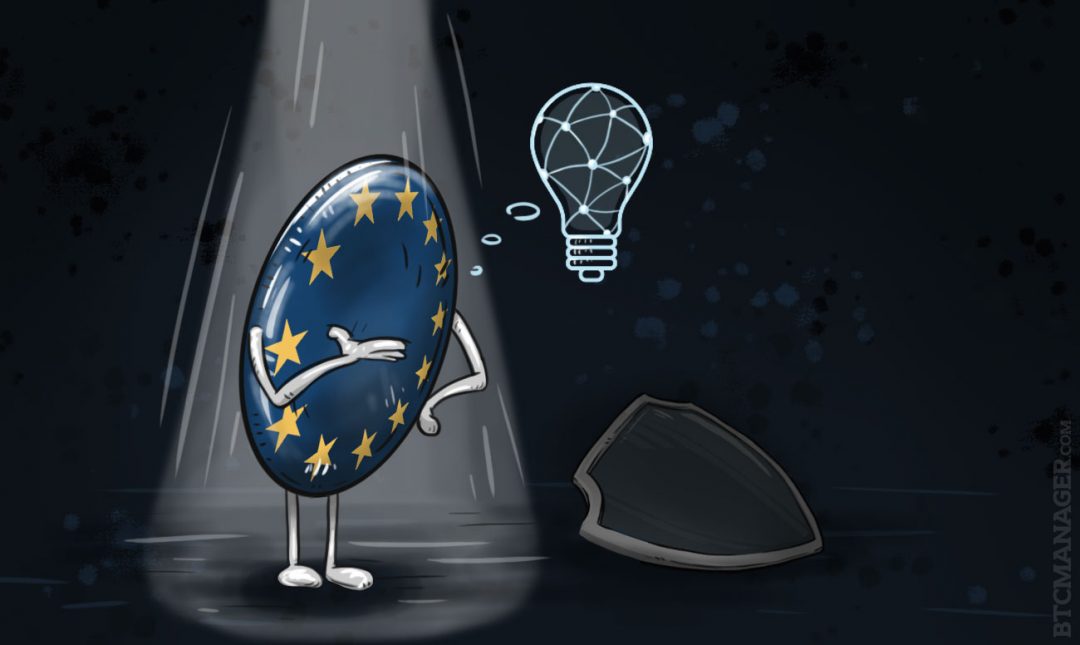 The EU seems to open its mind to cryptocurrencies and the blockchain; Malta’s Prime Minister advises to double down on cryptocurrencies, while a report by the Parliament focuses on how blockchain could improve several key areas of economy and state.

By now the EU usually has become the subject of cryptocurrency news for its planned regulation which mostly considers Bitcoin as a problem. However, there are signs that some parts of the EU have started to turn toward a more open-minded, innovation-driven approach on cryptocurrencies and blockchains.

Most remarkable is what Joseph Muscat recently said in a keynote speech. Muscat is Prime Minister of Malta and as such President of the Council of the European Union for the first half of 2017. Muscat’s speech was a strong promotion for monetary innovation in general:

“The euro is a political project that, because of its nature, has survived crises which an incomplete fiscal and monetary union could not have done on paper. Now is the time to double down with yet another unthinkable project.”

And this kind of unthinkable project, on which Muscat wants to double down, is, you guessed it cryptocurrency:

“The rise of cryptocurrencies can be slowed but cannot be stopped. Some financial institutions are painstakingly accepting the fact that the system at the back of such transactions is much more efficient and transparent than the classical ones.”

Instead of fighting cryptocurrencies, or choking them with too many tough rules, and instead of defending the established financial institutions, Muscat advises European regulators to be more open for the opportunities:

“My point is that rather than resist, European regulators should innovate and create mechanisms in which to regulate cryptocurrencies, in order to harness their potential and better protect consumers, while making Europe the natural home of innovators.”

Muscat’s comment demonstrates, that the EU is not a Union State but a Union of states which are independent and represent a diversity of attitudes and opinions.

How Blockchain Technology could change lives in the EU

The general point of view focuses on the chances for the people to be emancipated and participate in power and control.

“Blockchains shift some control over daily interactions with technology away from central elites, redistributing it among users. In doing so, they make systems more transparent and, perhaps, more democratic.”

For all of them the paper outlines the disruptive potential. Cryptocurrencies could “spearhead a process of decentralization whereby the institutions that traditionally govern finances, including governments and banks, become less powerful.” But this is just the beginning according to the authors.

Tremendous Potential, but no Neutral Technology

Blockchain technology could transform society in a vast scope of areas. It could “for the first time enable consumers to buy and sell digital copies second hand” and replace “trusting central authorities to manage elections” with “an open voting record among the citizens.”

Furthermore, the blockchain could provide the “infrastructure for registering, certifying and tracking at low cost goods being transferred between often distant parties” and help public services with “streamlined internal processes, reduced transaction costs, more trusted interactions and data exchanges with other organizations and governmental silos.” The blockchain can contribute toward improving several industries and areas of the state.

But this does not mean that blockchain technology is no challenge for the EU or that the EU cannot influence its effects on society. The authors of the report are fully aware, that the blockchain is not a neutral technology, “In its purest form it promotes a redistribution of power from central actors across wide communities of peers.” Even moderated implementations of blockchain technology “may still promote some degree of redistribution and transparency.”

Which is why, after being portrayed as chances, most blockchain applications transform into problems, when they are translated in an “anticipatory policymaking.” Digital currencies are used by criminals, the transparency of blockchains could be a problem for digital right management, e-voting and supply chains, and the immutability of a blockchain could be bothersome for public services, since the blockchain does not verify the accuracy of the data. Smart contracts finally might interfere with national law and be “too rigid to allow all contracts to be algorithmically determined.” The potential does not come without challenges.

“Blockchain will not make Better People.”

Hence, the options of actions the authors outline are as diverse as the members of the European Union. On one side they advise to “actively encourage development and innovation of blockchain by the private sector by granting legitimacy to their products.” To make the blockchain transformation less disruptive, they also suggest to “adopt a permissioned blockchain in existing systems and structures, effectively maintaining the role and power of those responsible as middleman by providing some of the basic functionality of blockchains, but without offering full decentralisation and transparency.”

On the other hand, the authors paint options which attempt to dwarf the effects of blockchain technology. The EU could “respond to ‘the problems to which blockchain is a solution’ without using blockchain at all” to eliminate the need for the blockchain. Also, it could “discourage development by refusing to accept the legitimacy of blockchain-based transactions, for example by overruling and reversing the clauses in smart contracts.”

These recommendations are ambiguous. But despite this, the paper marks a grand step to providing better information to policy makers about the potential impacts of the blockchain. It presents a well-balanced view fchances and risks and on potentials and limitations.

The essence of the report is in its encouraging last sentence:

“Blockchain will not make better people, but it might make some of the precautions necessary in people’s daily lives faster, cheaper, more secure and more transparent.”

Blockchain technology is not a panacea. It does not solve social and political problems by itself. Only people can. But the blockchain might help the people to do so.