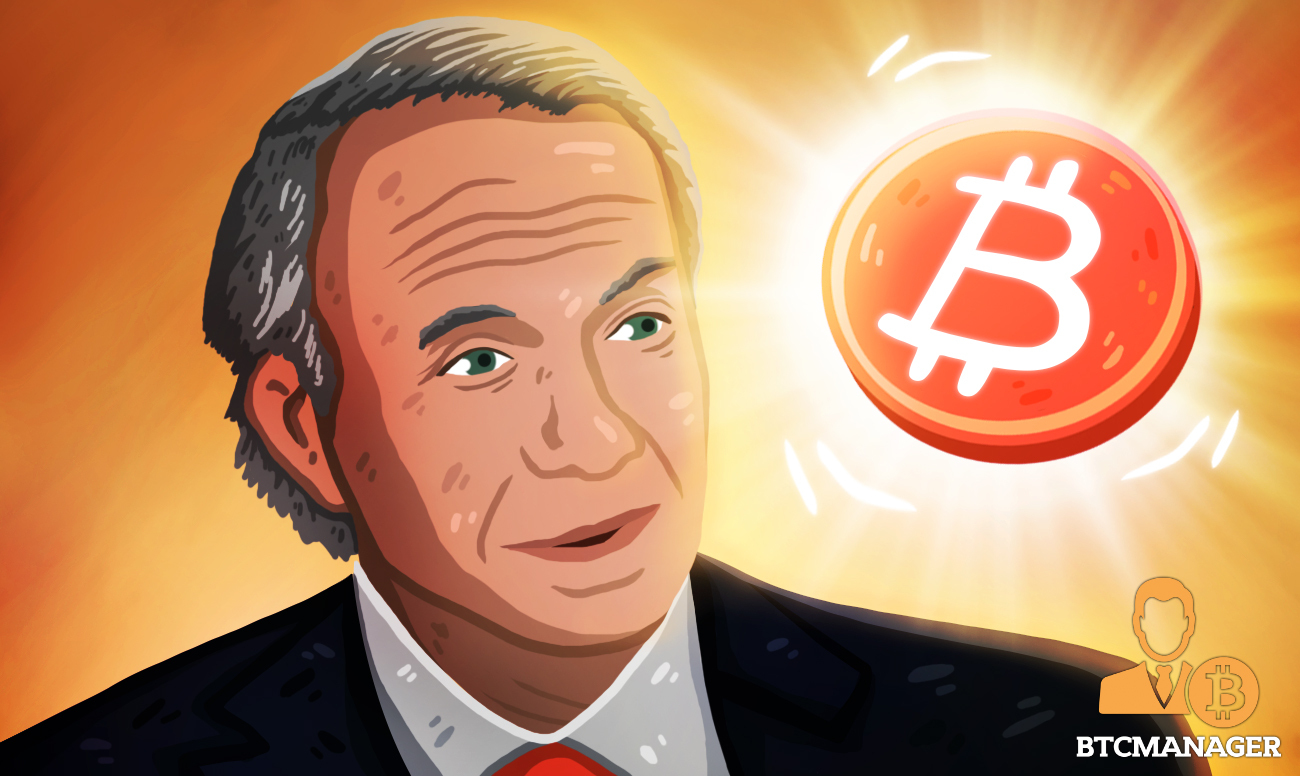 Ray Dalio, the founder of Bridgewater Associates LP, in an interview with CoinDesk, has revealed that he owns Bitcoin.

The billionaire hedge fund leader—who has previously expressed his concerns about Bitcoin and cryptocurrency, further added that he would rather own Bitcoin than government bonds.

Although Bitcoin prices continue to swing, recently capitulating to as low as $29k, the digital asset has emerged as a preferred store of value and a medium of exchange.

Its valuation reflects investor confidence, a fact that has made the world’s largest cryptocurrency win hearts, drawing the attention of some of the wealthiest people on the globe.

During the interview, Ray opined that the greatest threat to Bitcoin would be its success. Over the last 12 years, BTC’s valuation has dramatically risen.

In the 2010s, the digital asset’s performance trounced competitors, rising by over one million percent, peaking at $20k in 2017.

Bitcoin’s Threat is its Success

If there is a shift in interest and investors begin dumping government bonds for Bitcoin, the odds of governments stepping in and banning the cryptocurrency would be high.

This is because Bitcoin would be an existential threat, disrupting the world’s financial order and derailing the implementation of various monetary policies.

“One of the great things, I think, as a worry is a government having the capacity to control … Bitcoin, or the digital currencies. They know where they are, and they know what’s going on.”

“The more we create savings in [Bitcoin], the more you might say, ‘I’d rather have bitcoin than the bond.’ Personally, I’d rather have Bitcoin than a bond. And then the more that happens, then it goes into Bitcoin, and it doesn’t go into credit, then [governments] lose control of that.”

Ray Dalio: Bitcoin is one Hell of an Invention

It is not the first time Ray Dalio is chiming in, commenting on Bitcoin.

In January 2021, he said Bitcoin is one hell of an invention.

Also that it is rapidly gaining traction, increasing in popularity as a medium of exchange and a store of value is an “amazing accomplishment.”