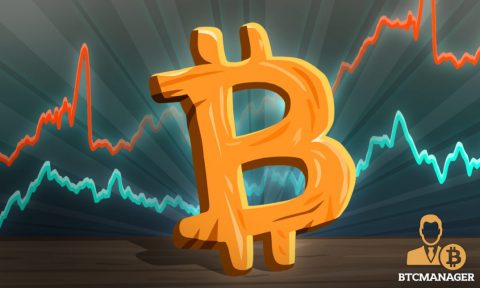 Grayscale Investments has released their latest research report, highlighting the importance of self-sustaining and uncontrollable money to stop governments from curbing a person’s right to move their own money. Key examples come from Greek banking crises and China’s dirty floating on the Yuan, June 18, 2019.

Global markets have currently issued over $250 trillion of debt, up 47 percent since the 2008 sub-prime housing crisis. Bitcoin’s most valuable feature is its ability to thrive and exist despite governments all over the world pitting themselves against it. Monetary authorities and central governments all over the world take decisions that influence the economic direction of an entire country or region. Most of these organizations are led by highly qualified people who believe what they’re doing is best for the people, but their decision making is autocratic and sometimes doesn’t truly reflect the best interests of the citizens of their jurisdiction.

China is known for managing the float of the Yuan beyond what general economics perceives as an acceptable permit, allowing the Yuan to appreciate or depreciate by large amounts to improve their economic balances. For the last 10 years, the Yuan has steadily depreciated, albeit within a safe range, it has been a significant dimension is explaining capital loss for Chinese investors and residents who hold the currency. As reported by BTCManager, China is now leading the surge in stablecoin volumes and are using cryptocurrency as a means for bypassing capital mobility restrictions placed within the country.

The Greek banking crisis and Brexit are perfect representations of political risk affecting the well being and economic stability of citizens. During the Greco bank shutdown, people could not access their money for three weeks and the monopoly governments have over their citizens assets was finally recognized and criticized by the people of the world. At this time, the only way to move money in and out of Greece was with Bitcoin, giving a strong case for its ability to bring economic liberty to the 21st century.

Despite the attempts of numerous Wall Street bankers, government officials, and even central governments themselves to kill Bitcoin, no attempt has been or will be successful as it is a global network that runs across the whole world and cannot be curbed by destroying a few machines and arresting a few hundred people.

The ability Bitcoin has to keep an individuals money safe from the claws of authorities is its most significant benefit, allowing it to become the single most effective hedge against a government monopoly and for economic freedom. Bitcoin represents the power struggle between the common man and the all-powerful government; its success will guarantee a degree of power shifting back to ordinary people.