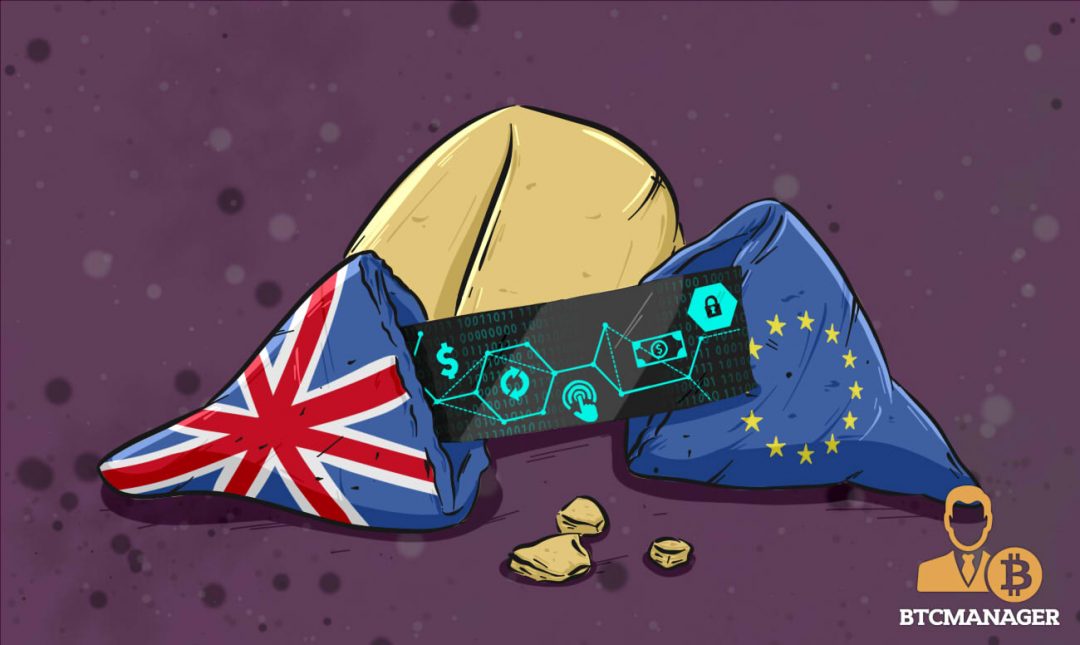 The United Kingdom has relied on its financial services industry to drive economic growth for decades. However, in light of the British population’s vote to leave the European Union and, thereby, potentially lose the access to the European Single Market, the UK’s status as Europe’s leading financial hub may wane. Is this for better or for worse regarding the crypto scene in the UK?

After surprising results of the ‘Brexit’ referendum in June 2016, several international London-based banks announced plans to move a significant part of their operations to mainland Europe to ensure future access to the European market.

Investment bank Goldman Sachs announced that in light of the uncertainty surrounding Britain leaving the European Union that it will move hundreds of staff to offices in Paris and Frankfurt as part of their Brexit contingency plans, which will now be executed as Article 50 was triggered by Prime Minister Theresa May on March 29. The American bank, however, is not the only financial institution that is relocating operations out of London.

London-headquartered HSBC intends to move 1,000 individuals from London to their Paris office within the next two years, while Swiss banking institutions UBS stated it could move as many as 5,000 employees to offices in Europe. US banks Morgan Stanley and Citigroup are also among the banks that will move staff out of London in light of the UK leaving the EU.

The primary reason for international banks relocating their key operations out of London and into the borders of the European Union is to prevent the banks from losing access to the Single European Market. The uncertainty stemming from the upcoming ‘Brexit” negotiations that will determine the terms of Britain’s exit from the European Union also includes uncertainty surrounding Britain’s future access to the Single European Market. Should the UK lose its access, then banks located in London would not be able to engage in banking activities in Europe as they would no longer be able to passport their UK banking licenses into other European countries. Hence, banks that have their European headquarters in London are acting now to reduce business uncertainty regarding their European banking activities.

As international financial institutions are leaving in London to ensure continued access to the European Single Market, the UK is faced with not only losing its status as Europe’s leading financial hub but also the potential loss of gross domestic product as its financial industry shrinks.

Fintech Sector to Benefit from Brexit?

It is no secret that the majority of London-based fintech entrepreneurs were openly for Britain remaining in the EU to ensure that they could continue to benefit from the freedom of movement of labor and keep their access to the Single European Market. When the results of the referendum were announced, London’s future as a leading international fintech hub was quickly brought into question as the uncertainty that is affecting the UK’s banking sector would inevitably also affect its fintech sector. However, recent figures show that investment in UK fintech startups is actually up in the first quarter of 2017. According to data collated by CityAM, £177 million were invested in UK-based fintech startups, including challenger bank Monzo and peer-to-peer lender Funding Circle, which is more than in any quarter in 2016 and is a figure not seen since the second quarter of 2015. This suggests that investors have faith in London’s future as a leading international fintech hub.

As its financial services industry has long been a lifeline for the UK economy, it is not too far-fetched to suggest that it would be in the UK government’s incentive to create a very accommodating environment for fintech startups to flourish to avoid an exodus of businesses, talent, and future tax revenue, as it is currently the case in the banking sector.

On April 12, Chancellor Philip Hammond highlighted the importance of immigration to ensure a bright future for London’s fintech sector. Speaking at the UK government’s first international fintech conference, he said: “We can’t remain the number one place for fintech and the other technologies of the fourth industrial revolution by simply relying on our ingenuity, talent, and openness, we have to go out and get the business. We will have to strive and graft and fight to seize the opportunities and make the most of them. That means growing and strengthening the areas – like fintech – in which we enjoy a competitive advantage while we need to continue to attract the brightest and the best from around the world to these shores.”

The Start of a Bright Future for Crypto in the UK?

A supportive focus by the UK government on its financial technology sector could also bode very positively for startups focusing on blockchain technology and cryptocurrencies.

The UK’s financial regulator, the Financial Conduct Authority, as well as the Bank of England have already taken a very receptive stance towards the adoption of blockchain technology for its financial industry. That is illustrated by the high number of blockchain startups in the FCA’s first cohort of the fintech sandbox, which allows fintech startup to develop and test new technologies in the marketplace with the approval of the financial regulator. Also, the Bank of England has been looking into the possibility of central bank-issued digital currencies and has set up a fintech accelerator in collaboration with PwC to work on blockchain proof-of-concepts.

Bitcoin and other cryptocurrencies are currently unregulated and can, therefore, be used freely in the UK as they “do not currently pose a material risk to monetary or financial stability in the United Kingdom,” according to the Bank of England. The accommodating regulatory stance, of course, creates an excellent environment for more blockchain and cryptocurrency innovation in the UK. Also, with the UK leaving the EU, it may allow the small island nation to be even more nimble and agile in terms of regulating these new technologies and encouraging innovation.

Since the UK government will lose out of tax revenues from its traditional banking sector as banks are moving operations to the Eurozone, it is not too far-fetched to think that the government may put more effort into supporting its tech and, more so, the fintech sector. As the technology industry, including fintech, is booming and has become one of the few industries that are actively hiring people, it would make sense to create as many incentives as possible to attract companies as well as skilled labor to the UK.