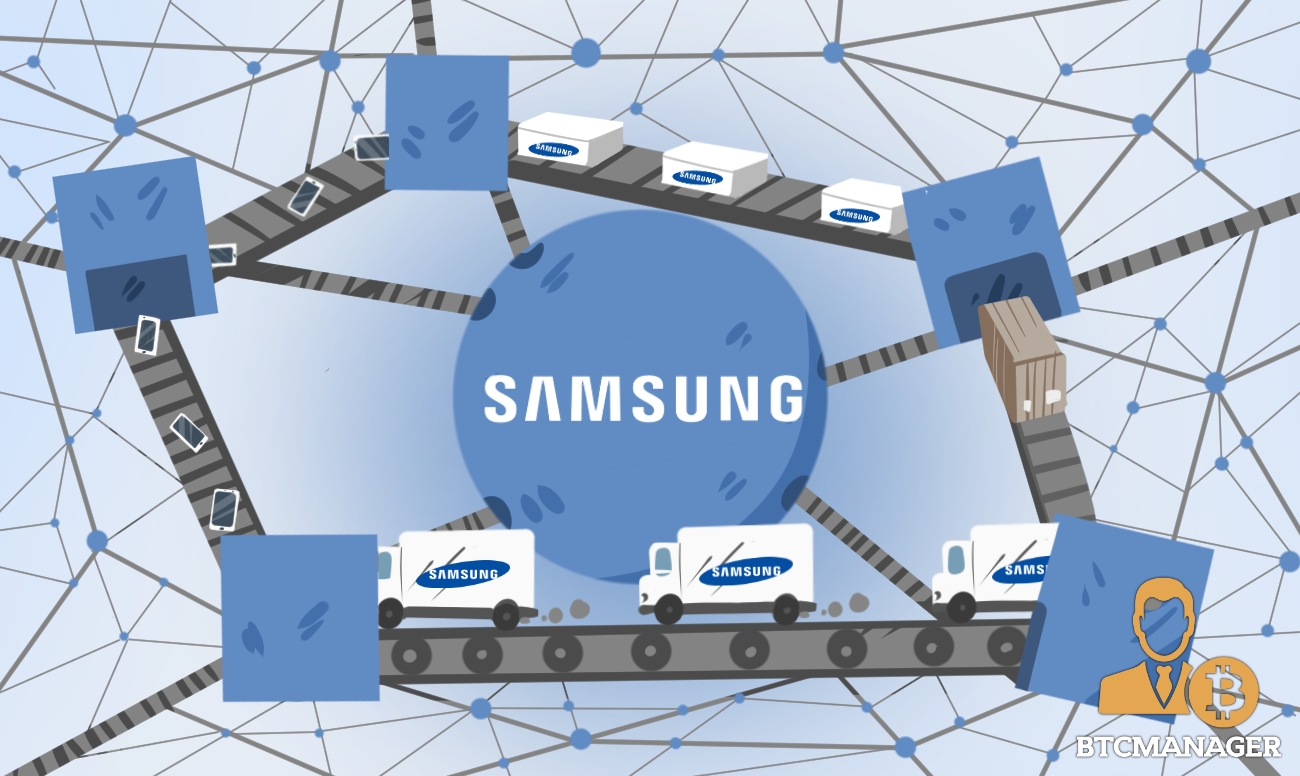 Samsung Electronics, one of the biggest information technology company, is mulling over using blockchain technology to assist in administration its supply and logistics network. The propound blockchain based platform’s role would be to oversee global shipments and cut back shipping costs.

As reported on Bloomberg, Song Kwang-woo, Vice President at Samsung SDS Co – Samsung Group’s IT Offshoot., stated that the blockchain based system could cut back 20% of the shipping cost.

“It will have an enormous impact on the supply chains of manufacturing industries. Blockchain is a core platform to fuel our digital transformation.”

According to Bloomberg’s report, for the year 2018 Samsung Group’s IT arm – Samsung SDS, is presumed to manage “488,00 tons of air cargo and 1 million 20-foot-equivalent (TEU) shipping units.”. The shipment would comprise a range of Samsung Electronic products, including the much-awaited Note 9.

The implementation of blockchain technology to its supply chain network would give the company a competitive edge over its competitors. The distributed ledger system could cut down paperwork, time lags, and costs.

According to Cheong Tae-su, professor of industrial engineering at Korea University, a blockchain system will augment the overall efficiency of the logistics chain network.

Cheong Tae-su as quoted on Bloomberg:

“It cuts overhead and eliminates bottlenecks. It’s about maximizing supply efficiency and visibility, which translates into greater consumer confidence.”