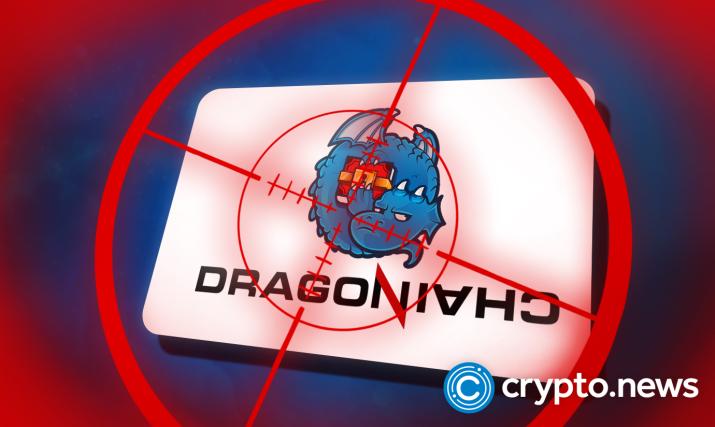 On Tuesday, the United States Securities and Exchange Commission (SEC) sued the Washington-based crypto exchange, Dragonchain, in court. The SEC charged John Joseph Roets over a 2017 initial coin offering (ICO) product that Dragonchain issued to the public without approval.

The cryptocurrency exchange is the latest entity slammed by the U.S. financial watchdog. According to reports, on August 8, the SEC filed a complaint with the U.S. U.S. District Court for the Western District of Washington. The charge file indicted Roet and Dragonchain over the presale and ICO products, which netted the company a gain of $16.5 million.

The regulator also revealed that between 2019 and 2022, the trio of Dragonchain, the Dragon Foundation, and The Dragon Company, alongside Roets, sold $2.5 million worth of DRGNs.

In the court documents, the SEC alleges that Dragonchain failed to register its offerings and sales of its native tokens. In addition, it also did not provide information to its customers about the process of navigating public investments in digital assets.

As a result, the regulator noted that this allowed the company to operate without adequate information and sell its products in a market with only the information the firm wanted the public to know.

Furthermore, the commission asserts that the ICO is an unregistered offering and calls for the immediate surrender of the platform’s proceeds from the transactions.

After multiple communications between the two entities, it took four years before the SEC slammed a lawsuit on Dragonchain.

The ICO presale occurred in 2017, which paved the way for the future handling of ICO offerings.

The SEC and the Crypto Crackdown

The last couple of weeks has been challenging for the crypto industry, thanks to the collapse of the Terra LUNA ecosystem.

Aside from this, the growing number of crypto firms alleged to be involved in one form or another of illegalities is growing owing to the increased scrutiny of the industry by the SEC.

As a result, the regulator has increased its enforcement of the industry, leading to a series of revelations from the space. From Coinbase to Voyager Digital to Kraken, the numbers keep rising, and the commission has vowed to continue its crackdown on guilty parties.

The digital asset industry is synonymous with risks, and regulators have often used this to justify their clampdowns. Most of the firms indicted trade in crypto assets that the SEC classified as securities, which the commission deemed under its jurisdiction.

Meanwhile, this also implies that some crypto scams are termed felonies by the regulatory body as they aim to purge the industry of illegal activities.

However, despite the ongoing argument over whether crypto assets fall under the purview of the SEC or CFTC, the commission has shown more interest in the digital asset industry.

Even though the crypto winter is in full force, the regulator has made its intention known to the players in the space.