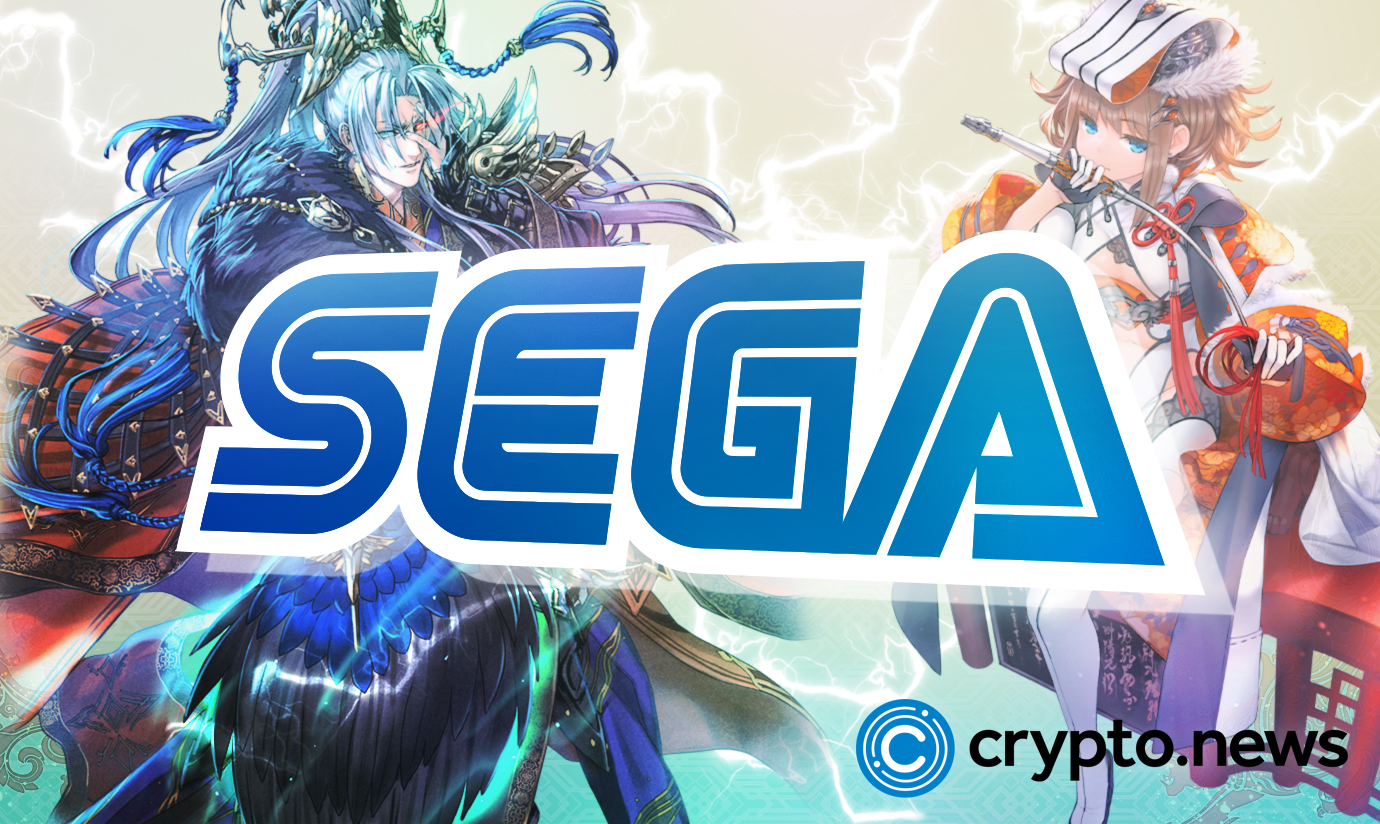 Sega has announced a partnership with Japanese blockchain firm Double Jump Tokyo that will lead to the development of the first blockchain-based video game utilizing its intellectual property.

According to a blog post, the Web3 trading card game’s premise is based on the mythology of the Romance of the Three Kingdoms. It makes use of the intellectual property of the Sangokushi Taisen series, which was first published in 2005 by Tokyo-based SEGA.

Sangokushi Taisen is a popular Japanese arcade real-time strategy game in which players collect actual cards that they can then place on the game’s playing area to make them materialize. The new game, which will be developed by Double Jump Tokyo using Sega’s intellectual property, will make use of blockchain technology, though it is yet unclear how this would work.

The game’s release date is yet to be confirmed, but depending on when it is released, it could be Sega’s first blockchain-based game. The data stored on a blockchain enables users to securely own, purchase, and sell digital products such as in-game items and artwork. Several prominent firms and celebrities, such as Nike and McDonald’s, started their own tech-related projects in the recent year, resulting in a spike in tech-related references.

Oasys is a proof-of-stake network designed specifically for the gaming industry. It combines public layer-1 and private layer-2 blockchain technology solutions to provide gamers with a fast, reliable, and zero gas fee experience.

Oasys Director Daiki Moriyama stated that the goal is to spearhead the mass adoption of blockchain-based games. Hironobu Ueno, CEO at Double Jump Tokyo, added, “we are honored to be a pioneering partner in building a new generation of games with SEGA on the blockchain.”

Numerous gaming companies, most notably Konami and Atari, have begun selling digital items as NFTs, despite considerable criticism regarding the format’s massive carbon footprint and what many believe to be its unethical implementation. Sega has reportedly been testing blockchain and NFT technology for some time.

It registered the trademark ‘Sega NFT’ in January, just a week after CEO Haruki Satomi appeared to have cooled on the idea, understanding the existing skepticism surrounding the NFT scene. In an April interview released on Sega’s website, producer Masayoshi Kikuchi stated that NFTs would undoubtedly be a part of the gaming environment in the future.

Kikuchi stated, “Gaming has a history of growth via the integration of other cultures and technology. Recent examples include social networking and gaming video watching, for example. It is a logical progression for gaming to extend into other areas such as cloud gaming and NFT in the future.”