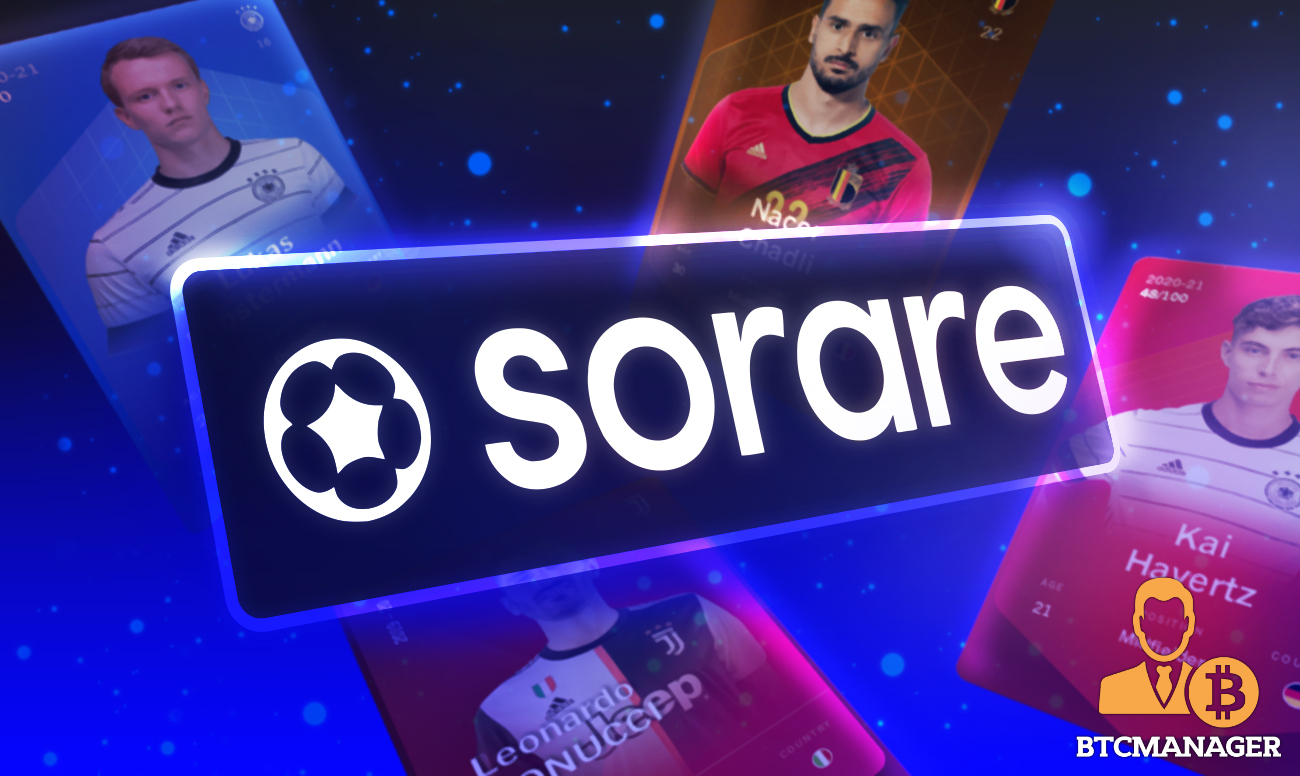 Sorare is on the verge of completing a 450 million euro ($532 million) funding round at a valuation of over $3 billion. Though the leading blockchain-based fantasy football firm is yet to confirm the deal, if successful, however, the latest funding round will make history as the largest in the French tech ecosystem, according to a Business Insider report on July 13, 2021.

Despite already occupying the frontline in the rapidly evolving non-fungible tokens (NFTs) and digital collectibles ecosystem, Sorare, a fantasy football platform that makes it possible for football lovers to buy, sell, trade, and manage a virtual team with unique digital player cards, is not resting on its laurels just yet.

If reports from Business Insider are anything to go by, the three-year-old French tech startup is on the verge of completing a 450 million euro funding round expected to be led by Softbank, a crypto-friendly Japanese multinational conglomerate with a revenue of over $56 billion (2020).

Notably, several other highly reputed firms have been mentioned as likely participants in the latest fundraiser, including Eurazeo, a French asset management firm with $27 billion in assets under management, and Blisce, among others.

If the fundraiser is successful and Sorare hits the floated $3.8 billion valuation, the firm would become France’s 17th unicorn, further solidifying its status as a key player in the NFT industry, while also giving it a competitive edge, at a time when various digital collectibles platforms, including Dapper Labs are now making in-roads into the world of soccer.

While “Quantum,” an animation created in 2014 by Kevin McCoy, a New York-based artist is the world’s first-ever NFT, the real digital collectible craze was kickstarted in 2017, when CryptoKitties took the entire world by storm.

Since that time, the NFT ecosystem has continued to gain popularity, with the industry generating a massive $2.5 billion in sales in the first half of 2021 alone.

As bitcoin (BTC) and altcoins, one of the several breakthrough use cases of blockchain technology continue to make significant progress in their journey towards mainstream adoption, it is expected that the global NFT market will also continue to expand and Sorare’s continuous innovation would keep it ahead of the curve and ensure the longevity of the project.

With Sorare firmly establishing itself as the pioneering soccer NFT platform, it is the best time to register and scout for potential players whose value will likely surge later in their professional career. By signing up, players also stand a chance to win a random NFT card.