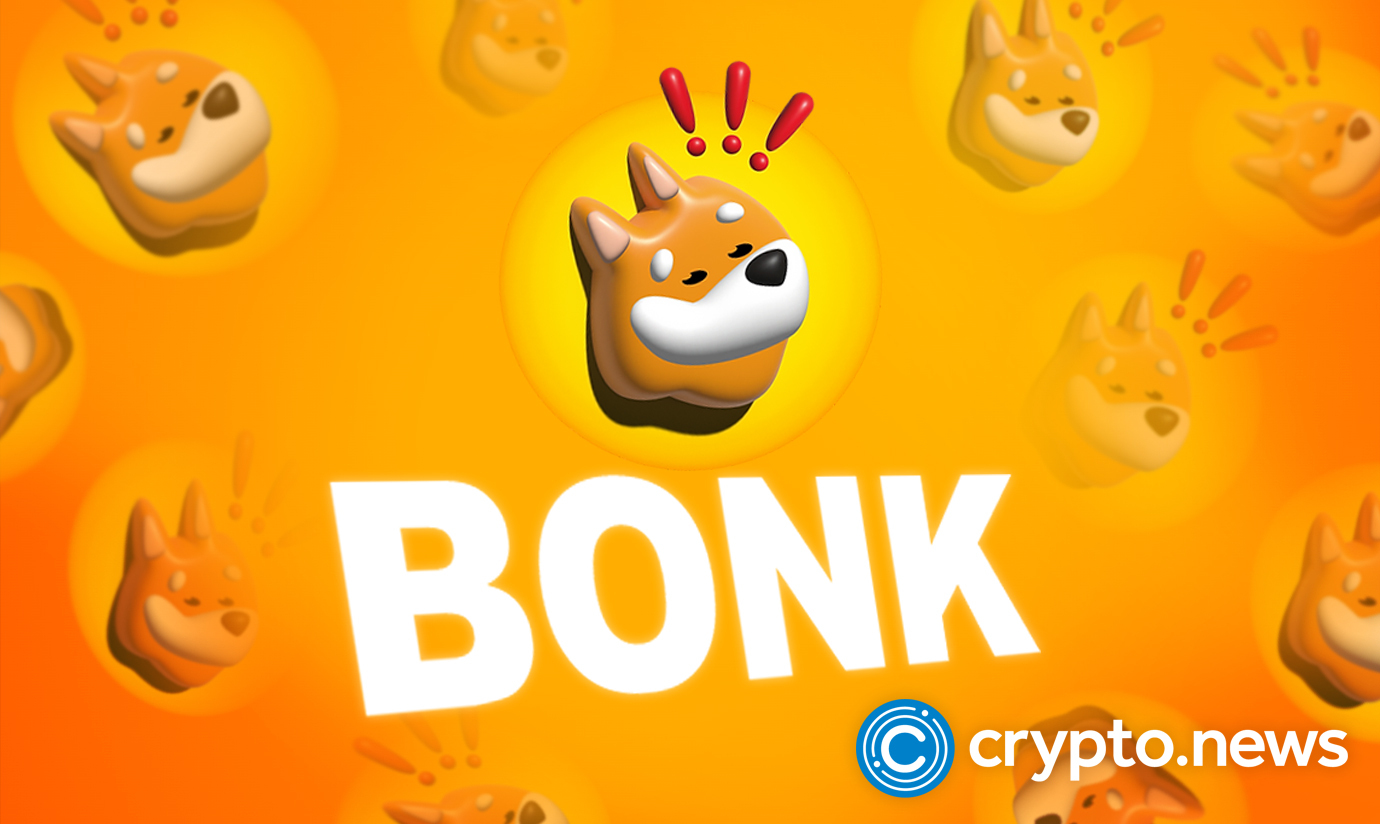 Solana-based meme coin BONK is experiencing a fall in price as blockchain security firm PeckShield Alert warns against a cloned token going by the same moniker.

However, some crypto community members were quick to point out that the BONK token addressed by the security firm was separate from the original meme token listed on Solana. Indeed, the transaction data provided by Peckshield was part of the Polygon ecosystem.

Some members went on to say that they anticipate better work from the company that asserts to be the “Industry Leading Blockchain Security Company.”

Since its inception nearly a month ago, the Solana-based canine meme coin Bonk (BONK) has had a bumpy ride. One week after launch, Bonk’s popularity skyrocketed by 4424% due to rapid adoption by the Solana community. The developers airdropped 50% of the overall supply to the SOL blockchain community, sparking intense interest in the newly bred dog-themed cryptocurrency.

BONK is down 6% amid clone confusion

The Solana-based token captured the attention of mainstream crypto investors in a phenomenally short time. Indeed, this turned out to be very beneficial for the severely bleeding SOL, whose stock had dropped to single digits, and its market cap had fallen ten times since the beginning of 2022. Because of the growing public interest, some crypto exchanges, such as Huobi, have announced that they will list the meme coin.

Nevertheless, the latest confusion regarding the BONK clone had taken a hit on the meme coin bringing down its price by 6% soon after the alert was issued. At the time of writing, BONK was trading at $0.0000012 per coin, according to data from CoinMarketCap.