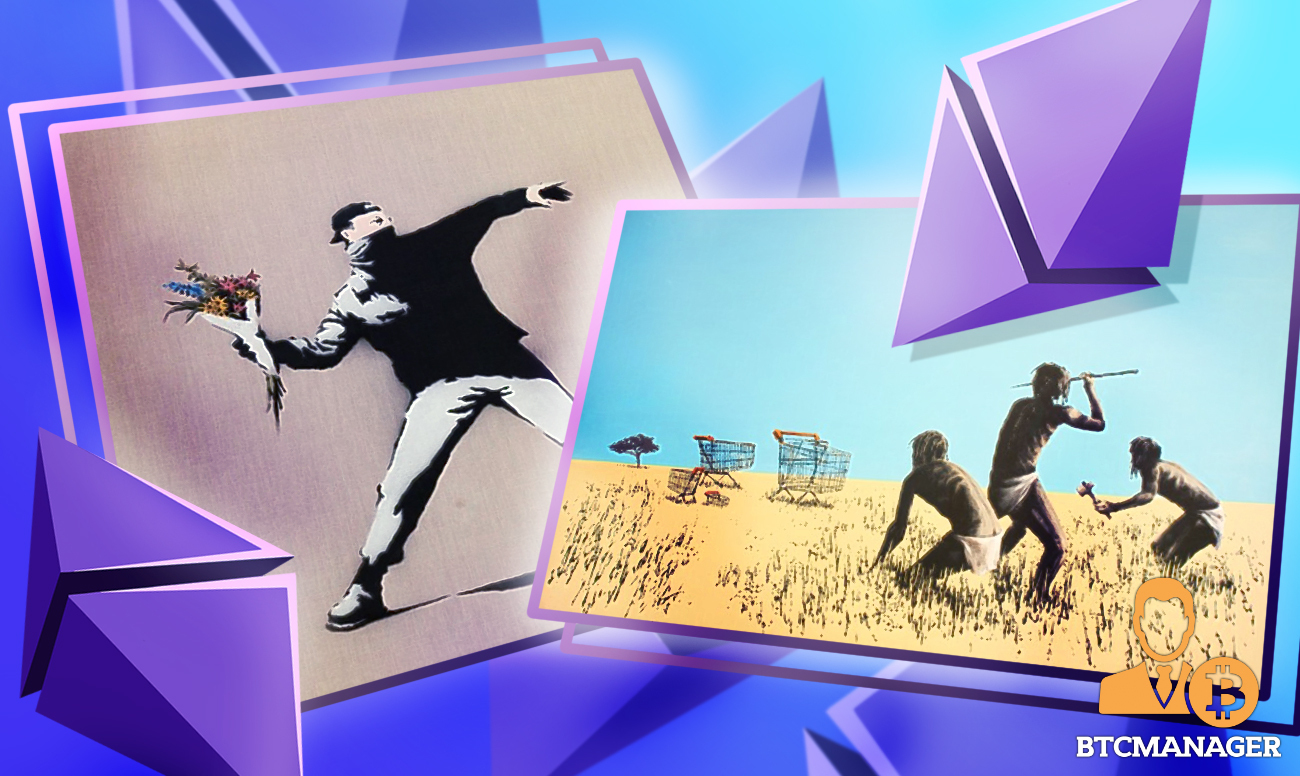 Sotheby’s has announced that it would accept ether (ETH) and other cryptocurrencies as payment opinions for its upcoming live auctions for Banksy’s Trolley Hunters and Love Is In The Air (2006) artworks scheduled to hold on November 18.

In another exciting development for cryptocurrency and art enthusiasts, Sotheby’s, a prestigious platform for auctions and private sales of various types of artworks and collectibles, has announced that it will be accepting cryptocurrency bids for its upcoming live auctions.

While the 277-year-old auction house has since embraced bitcoin (BTC) and other cryptocurrencies, making them legitimate payment auctions for its collectibles and artifacts, the firm says this is the first time the innovative digital assets will be accepted during a live auction.

“The paradigm-shifting move marks the first time that a cryptocurrency will be used as the standard currency for bidding on physical artworks in real-time during a live auction,” wrote Sotheby’s.

The auction will be live-streamed by the firm and viewers from across the world will be able to follow the action via Sotheby’s website, Discord, and social media channels.

Since its launch in 2015, the Ethereum project has grown exponentially to become the world’s largest network for smart contracts applications, NFTs, and more.

In the same vein, ether, the native digital asset of the Ethereum network is also making steady progress towards becoming ultrasound money and store of value just like king bitcoin. And Sotheby is not oblivious of these impressive milestones.

“Ether, the world’s second-largest crypto by market value, is a preferred cryptocurrency for the digital art and NFT community, as the Ethereum blockchain is the primary network where NFTs are minted and transactions are registered,” declared Sotheby.

The firm has made it clear that bidding increments will be announced in ether, however, anyone with the winning bid will have the option to pay in ether, bitcoin, USDC, or fiat currency.

In related news, last July, BTCManager informed that Sotheby’s had made bitcoin and ether accepted payment methods for its 101.38-carat diamond auction event.

In June 2021, Phillips, a 225-year-old arts auction house accepted bitcoin and ether during the auctioning of Banksy’s “Laugh Now Panel A” artwork worth over $4 million.