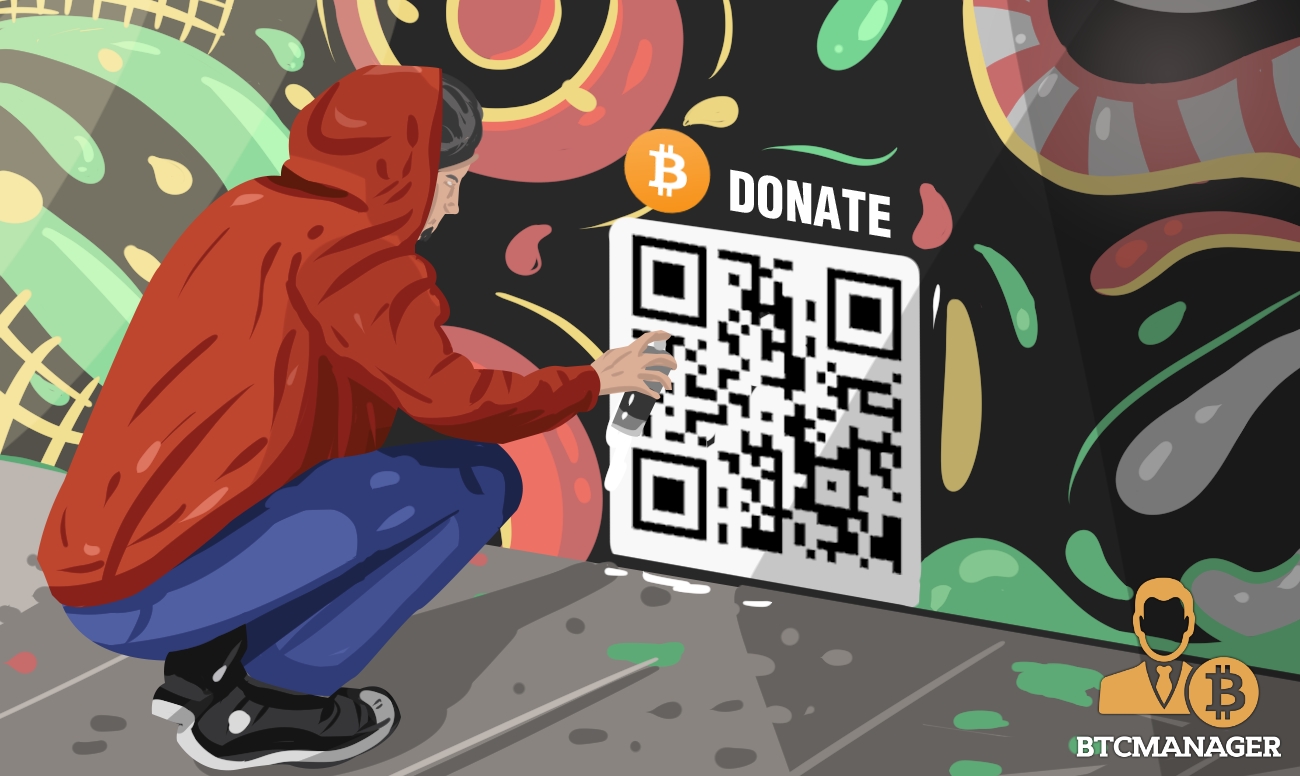 Pascal Boyart is a street artist based in Paris who has begun adding bitcoin QR codes to his mural paintings, which gained attention on Reddit on April 30. The street artist got the idea after developing an interest in bitcoin and cryptocurrency. 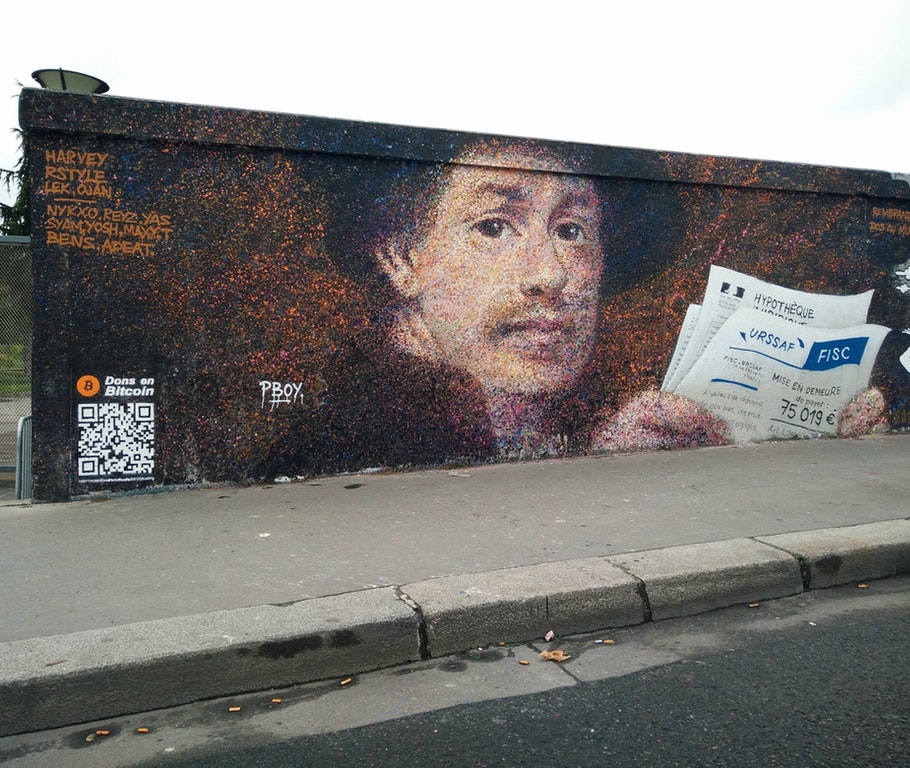 The bitcoin QR code enables people impressed with the artwork to make donations to Boyart. The trend has caught on, and people have been making contributions up to the tune of $1,000 in bitcoin. This is another example of how bitcoin is changing the face of the art industry as well as the fundraising paradigm.

The Melding of Bitcoin and Art

Bitcoin is becoming a prominent theme in the artistic and creative universe. There are artists all over the world who create art pieces that are inspired by the bitcoin revolution, incorporating elements from the crypto arena into their artworks.

For Boyart, part of his fascination with bitcoin is the solution it brings to the problem of securing patronage as an artist. Platforms like Patreon and Ulule have come to supplement the efforts of galleries, but it is still not enough to service the art industry. So many talented artists struggle through lack of patronage and are forced to do menial jobs to support their talent.

Boyart has, however, found a way to secure patronage from a rapidly increasing user base using bitcoin donations. The artist has formed the habit of putting QR codes in his paintings, calling for donations. He came into some degree of prominence when one of his artworks became a trending topic on the Bitcoin subreddit. The consensus on the forum wasn’t only that the mural was good but that the bitcoin QR code idea was novel.

The French street artist tries to also express the current crypto economic landscape in his paintings. The painting which became popular on Reddit was of Rembrandt, the famous 17th-century Dutch painter. Despite his incredibly undeniable talent, Rembrandt never achieved commercial success in his time, and he struggled throughout his career with mounting debt. He even had to sell his house at some point to pay his debts. In the painting, Rembrandt is seen holding a newspaper.

Decentralization Will Disrupt the Creative Industry

Boyart believes that the concept of decentralization being championed by bitcoin and other cryptos has the potential to disrupt the art industry. Commenting on the Rembrandt mural, he said that it wasn’t the first time he had incorporated a bitcoin QR code in his work:

“I first included a Bitcoin QR code in my work in November 2017. I painted a street art piece of a child asking his father ‘Dad, what is money?’ And I placed a QR code at the side of my signature. I wasn’t sure if someone had done this already, but I wanted to see if people could support street artists with donations. I did it as an homage to Andreas Antonopoulos’ book The Internet of Money.” 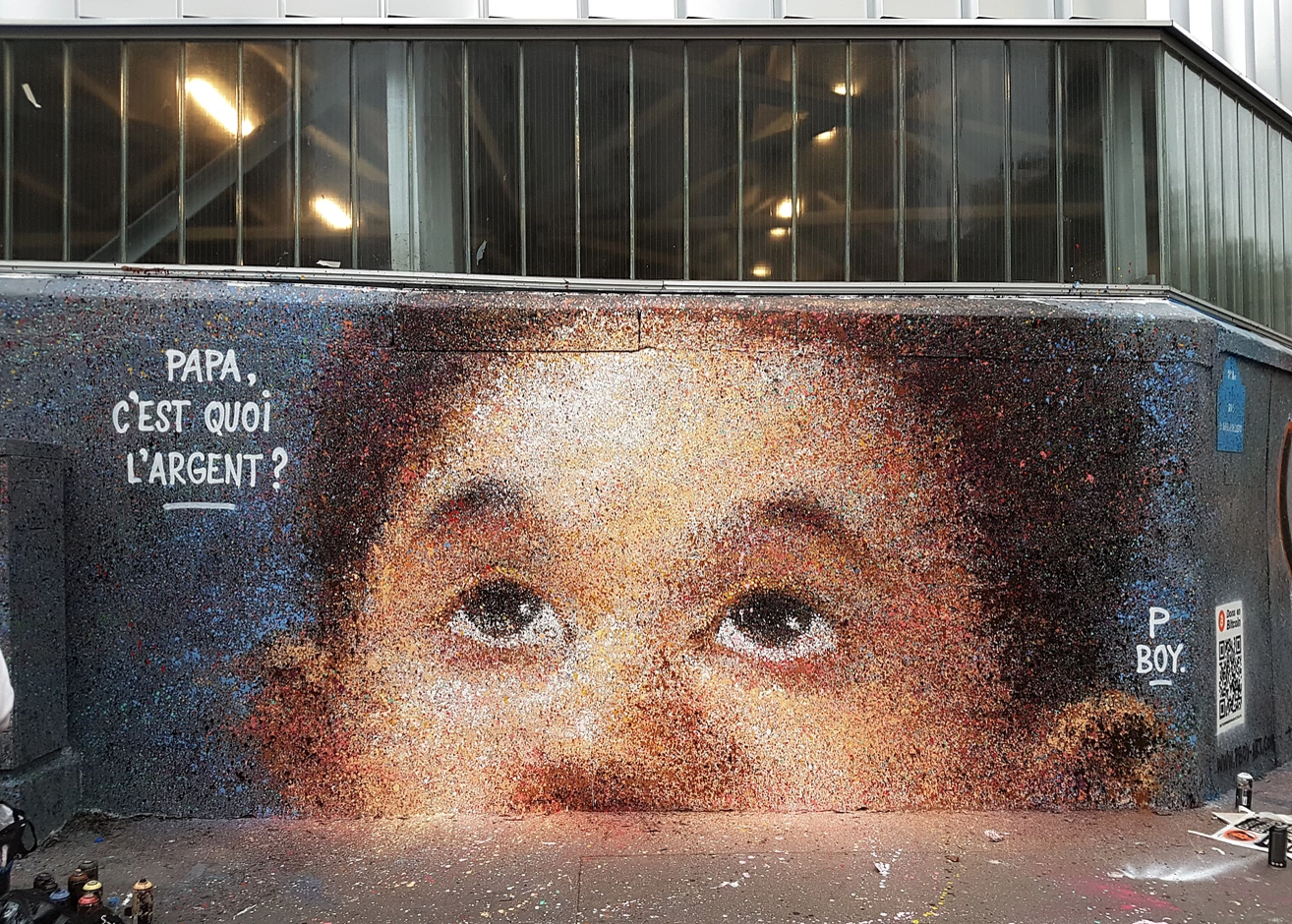 Dad, What is Money? Source: PBOY

Since Boyart began collecting donations via bitcoin QR codes in his paintings, the artist has received 0.11 BTC (about $1,000). He believes that artists and those involved in the creative industry have a lot to benefit from adopting crypto and blockchain technology. Fellow French visual artist, Youl is also known for incorporating crypto themes in his artworks. In fact, “the last bitcoin supper,” a fresco painted by Youl is considered to be one of the most iconic crypto-themed artworks.