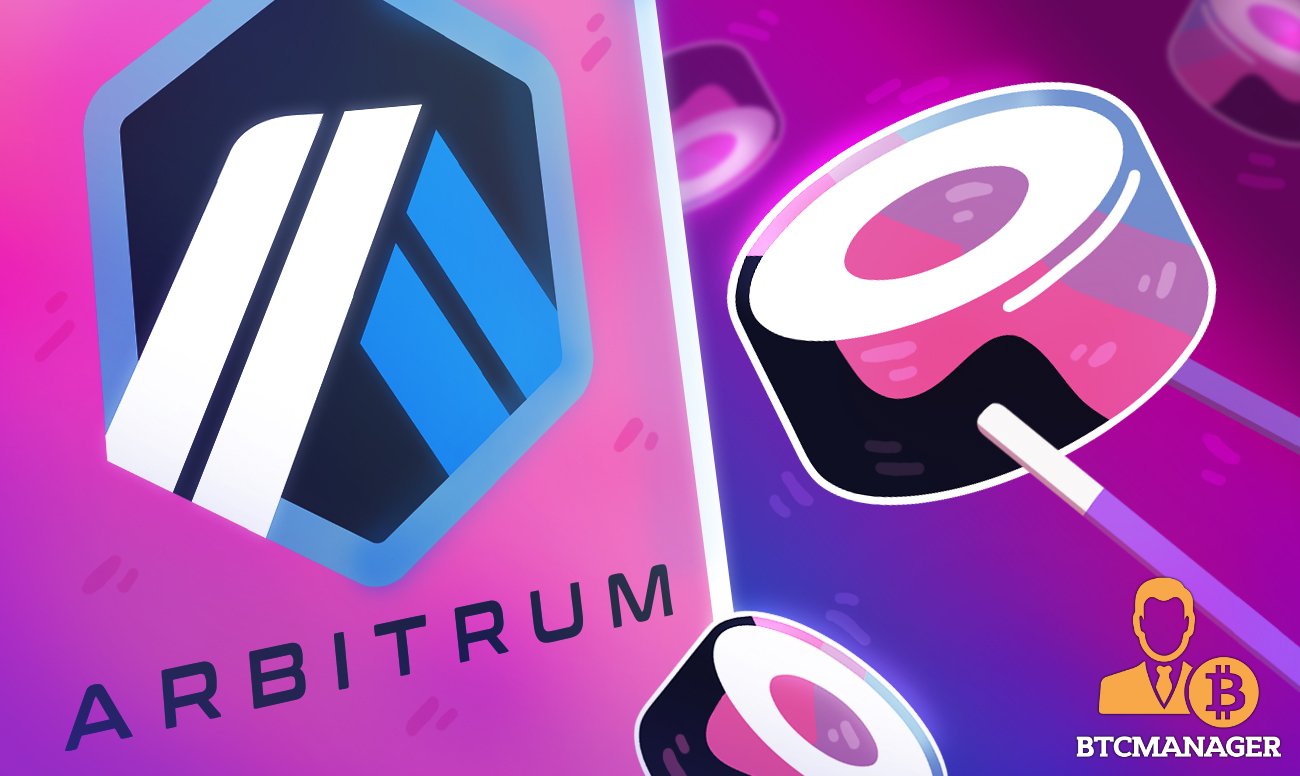 The SushiSwap (SUSHI) team has revealed via Twitter on May 30, 2021, that the decentralized exchange (DEX) has successfully deployed Arbitrum and it’s now putting finishing touches to its user interface and other areas.

In an exciting development for users of the SushiSwap (SUSHI) decentralized exchange and yield farming protocol, the team has hinted that Arbitrum has been successfully deployed on the platform, with other finishing touches currently in progress.

Though SushiSwap Co-Founder, 0x Maki did not give complete details concerning the protocol’s Arbitrum integration in his tweet, nor an exact time that SuShiswap liquidity providers will start enjoying the benefits of Arbitrum, the announcement has attracted massive excitement from the SushiSwap community nonetheless.

Staying Ahead of the Curve

Since going live as a fork of Uniswap (UNI) in the summer of 2020, the automated market maker has overcome initial rug pull controversies and has now repositioned itself as a serious player in the DeFi ecosystem.

SushiSwap’s integration of the Arbitrum Ethereum layer-2 scaling solution does not come as a surprise, as the protocol made it clear in its roadmap released earlier in January, that it would add support for Optimism. However, with Arbitrum going live before Optimism, it makes sense that SushiSwap is integrating the former even before its major competitor, Uniswap.

Though the Uniswap community has voted strongly in support of the Uniswap V3 deployment on Arbitrum, founder Hayden Adams has made it clear that things will be taken very slowly, in order to avoid costly mistakes.

“Layer 2 solutions will unlock enormous UX benefits, with fast finality and low transaction fees. However, we caution the community to take things slowly: this is an experimental technology that requires serious battle testing before it can support economic activity at the scale of Layer1,” declared Adams at the time.

As reported by BTCManager, Arbitrum One went live on the Ethereum mainnet on May 28, 2021, and the team has made it clear that it’s now onboarding infrastructure and some of the more than 250 projects that have so far requested access to Arbitrum

At press time, SushiSwap (SUSHI) is the 8th-largest DeFi protocol in the world, in terms of total value locked (TVL $4.19 billion), according to DeFi Llama. In the same vein, the price of SushiSwap’s native crypto, SUSHI, is hovering around $11.44, with a market cap of $1.46 billion, as seen on CoinMarketCap.