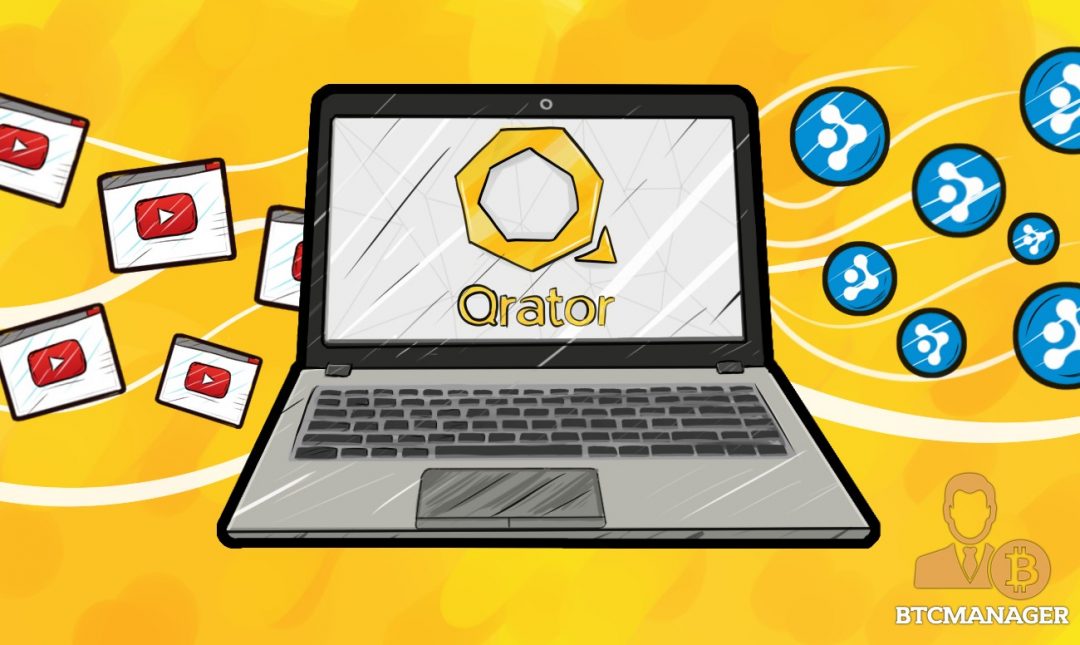 Blockchain startup Synereo announced that is has launched its first app for the “attention economy” called Qrator. Qrator allows individuals to get rewarded for creating digital content and enables curators to be paid for spreading quality content online.

Synereo is a Tel Aviv-based startup that was founded in 2014 by Dor Konforty with the aim to develop an entirely decentralized social media network that is owned and operated by its user base. The idea behind the project is to take power away from large centralized (and often censored) social media platforms, such as Facebook and Twitter, and to create an attention economy that is designed to give users as much control as possible.

On April 3, Synereo announced its first Attention Economy Layer called Qrator. Qrator is the first application that will enable “a freer and fairer Internet” by liberating user-generated content. Qrator, which will go into a beta mode in June 2017 will allow users to monetize their original content and receive financial rewards in the form of AMPs for sharing quality content with other users.

Synereo believes that user-generated content is the cornerstone of the future peer-to-peer online media market. For a user-driven digital media market to flourish there needs to be a process which rewards curators and content creators equally for spreading quality content. The more AMPs are invested in a piece of content; the more are earned, if the shared content is well received by the online audience who continues to consume and share it. This process creates a virtuous cycle where content curators are incentivized to share quality content, and content creators are encouraged to produce more content as both are rewarded directly without an intermediary taking a cut.

Furthermore, content creators can also place bounties on their work for Qrator users to collect by sharing it on their social media channels, allowing participants to exceed the boundaries of their organic reach and present their work to a larger audience online.

Both content creators and curators can view their statistics on Qrator’s dashboard, enabling them to analyze their earnings and reach to identify where their AMP payments are coming from what and which of their produced or shared content is the most popular.

The Future of Synereo and Decentralized Social Media Networks

The next step will be that Qrator users can also upload content to Synereo CDN, Synereo’s independent decentralized social media network, which is currently still under development. Synereo CDN will be operated and owned entirely by its user base.

Regarding the timeline of Synereo’s plan, CEO and co-founder Dor Konforty told BTCManager, “Synereo has created a flexible roadmap which it is committed to following based on a process incorporating insights coming from usage of its released applications, changing market conditions, user feedback, and business considerations. With this dynamic path, we are determined not to provide any dates which we are not highly certain we can deliver on. More often than not, we will simply update our tools and release new products when they Are ready.”

“Qrator is the first step towards realizing our vision of a fully decentralized social network facilitating a Liberated Attention Economy; the decision when to implement a dCDN will be based on it providing the largest impact and service to our platform and its users.”

BTCManager also asked Konforty about his thoughts on how established social media networks such as Facebook will react to the emergence of user-owned decentralized social media networks that pay content creators and curators directly and whether he believes Facebook and co would adjust their business models should a “by users for users” model gain traction. Konforty responded:

“Any act of recognizing and rewarding users who share and create the content these platforms are based upon would be a praiseworthy step forward. Looking at existing revenue share and reward mechanisms in the centralized space, however, they are still heavily weighted in favor of the service provider, and that is not likely to change.”

Konforty also went on to state that, “These well-known secrets lead to growing disillusionment with traditional social media platforms, so the shift to user-owned platforms, fairer and allowing more freedoms, seems inevitable – as gradual as it may be. Synereo’s vision is to give users their power back, aiming for the total liberation of the web, one step at a time.”

Blockchain technology is driving the decentralization of content sharing and social media networks. Being able to combine cryptocurrency micropayments, such as AMPs in the case of Qrator or bitcoin as in the case of Bitcache and MegaUpload 2.0, takes power away from centralized media platforms who dictate the terms and conditions, including payment structures, of sharing content.

A social media landscape made up of decentralized platforms that reward users directly for uploading and sharing original content and ideas will most likely be the future as the digital economy is moving more and more towards a pure peer-to-peer economy.