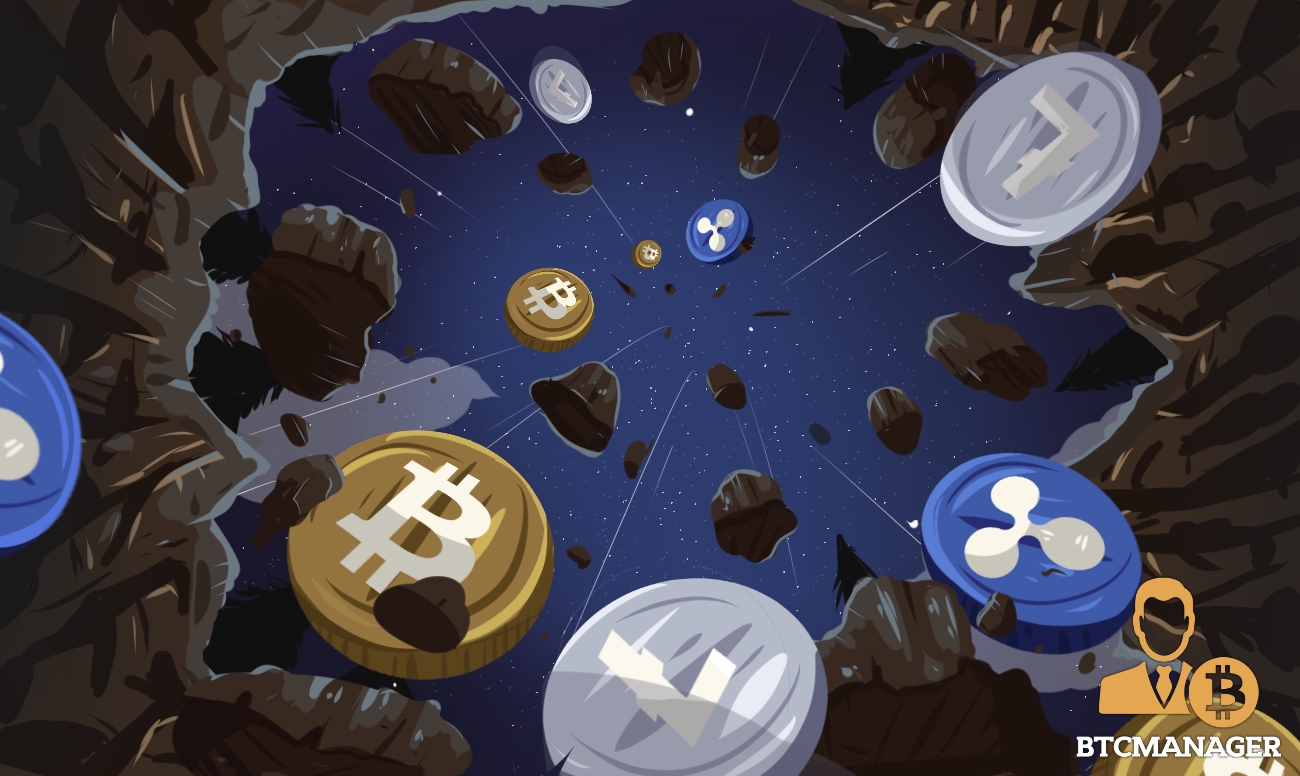 The great cryptocurrency crash of 2018 is heading for its worst week yet, with Bitcoin slipping closer to $4,000, extending the Bloomberg Galaxy Crypto Index’s decline since November 16 to 23 percent, Bloomberg reported on November 23.

After an epic rally in 2017 that exceeded many of history’s most notorious bubbles, cryptocurrencies have become mired in a nearly $700 billion rout that shows no signs of stopping, Bloomberg reported on November 23.

According to Bloomberg composite pricing, Bitcoin retreated as much as 7.6 percent on Friday, November 23, before paring losses to 3.7 percent at 9:04 a.m. in New York. At $4,266, it’s trading close to the lowest closing level since October 2017, while its rivals ether, ripple, and litecoin all declined at least 4.5 percent.

The market value of all cryptocurrencies has sunk to $139 billion, down from about $835 billion at the market peak in January 2018, data from CoinMarketCap has shown. A disproportionately large percentage of the lost capital affected individual investors who piled in just as crypto prices peaked at the end of 2017.

However, large companies that supplied the crypto ecosystem, such as Nvidia Corp., have also suffered tremendous losses. The California-based chipmaker has lost nearly half its value since the start of October, 2018, as demand for its cryptocurrency mining chips collapsed and results in its gaming division disappointed.

Is This Rock Bottom For Crypto?

Despite the consequences of the crypto bubble bursting had dire consequences for small-time investors, the economic impact of the collapse has been limited. This can be attributed to the fact that most major banks and institutional money managers have little to no exposure to virtual currencies.

The recent crash is believed to be the result of the “hash wars” that caused the fork of Bitcoin Cash into Bitcoin Cash ABC and Bitcoin Cash SV. And while this belief has been predominant in the crypto community, many large investors and economists argued that the hard fork was just a small piece of the puzzle.

Many of the concerns that initiated the retreat in January 2018, such as increased regulatory scrutiny and exchange snafus, have only intensified in November, building up pressure that was bound to burst the bubble.

Dr. Nouriel Roubini, a professor at New York University’s Stern School of Business, who gained notoriety as a stern critic of cryptocurrencies, said that the crypto bubble had burst “for good.” He further added that almost all altcoins followed the trend by falling prey to the bear, with their prices dropping 80 percent to 99 percent.

With BTC down almost 80% from peak (from 20K to ~4K) & all other cryptocurrencies down 80% to 99% I rest my case that this crypto bubble went bust for good. I feel vindicated. So I will take a break for a few days from this toxic Crypto Twitter. Waste of time to convince zealots

However, many investors disagree with Roubini’s view, saying that the drops in price are a normal cycle of such a volatile asset. Stephen Innes, head of trading for the Asia Pacific region at Oanda Corp., told Bloomberg that he is yet to see strong evidence of a capitulation that would signal a market bottom. CryptoOracle partner Lou Kerner echoed the statement in an interview with CNBC, comparing the 80 percent drop in crypto prices to the 95 percent down Amazon experienced in September 2001.

And while traditional economists and financial institutions are calling this the end of crypto, it’s worth noting that this is far from the first time the death of the industry has been predicted. According to the unofficial “Bitcoin Obituaries” index, crypto skeptics have celebrated the end of Bitcoin 323 times since its inception, with each of the predictions being proven wrong.