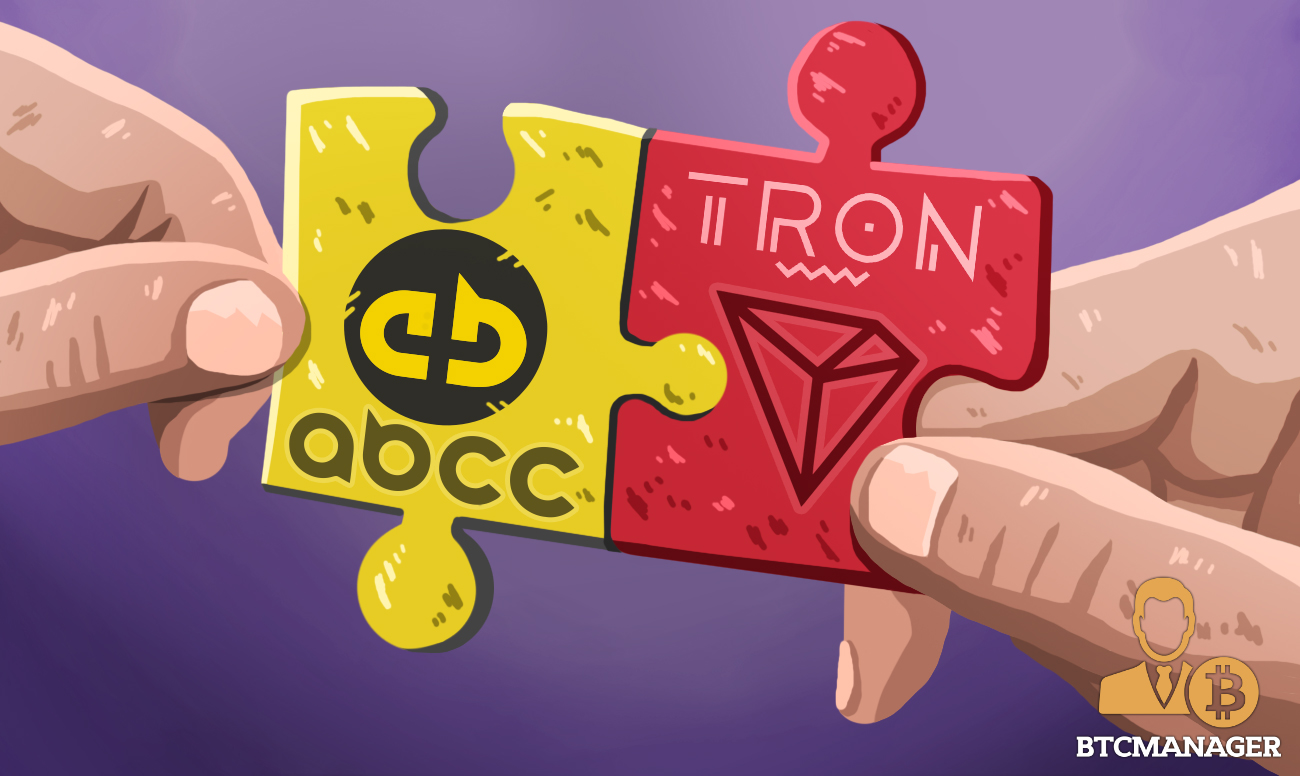 According to the announcement, which was confirmed by TRON CEO Justin Sun, ABCC will be the first exchange to have Tron’s TRC10 technical standard tokens.

“ABCC Exchange is truly an awesome platform that has witnessed great development. We are glad to partner with #ABCC as it’s the first exchange listing #TRX10 tokens,” Sun Tweeted.

According to TRON’s developer guide, TR10 tokens are tokens that are supported by their native blockchain and do not require the deployment of the Tron Virtual Machine (TVM), unlike the TR10 token, the TR20 token requires the use of the TRON Virtual Machine.

ABCC had previously announced that they were exploring the addition of TRON’s TR10 and TR20 tokens to their platform.

This is not the only new development for TRON in recent times, as of January 15, 2019, TRON has its tokens officially listed on OkEX.

“We are pleased to announce that TRX is now listed on the OKCoin exchange. Starting today, authorized OKCoin customers can acquire TRX by depositing US dollars or Argentine pesos, and starting on January 17th they’ll be able to trade TRX against USD, BTC, and ETH,” the announcement said.

Sun also stated last year that he was working on a fund to bail out EOS and Ethereum developers from the collapse of their platforms but that the effort would only be successful if they moved their Dapps to TRONs Platform.

This is relevant as TRON recently came under fire for apparently using their developer contests to lure away developers, particularly from Ethereum, to their own platform but then changing the competition rules after the fact.

TRON acquired BitTorrent back in 2018 but since then, have faced accusations from the former chief strategy officer (CSO) of BitTorrent, Simon Morris, who doubts that the TRON Blockchain is capable of handling the transaction volume it has signed up for.