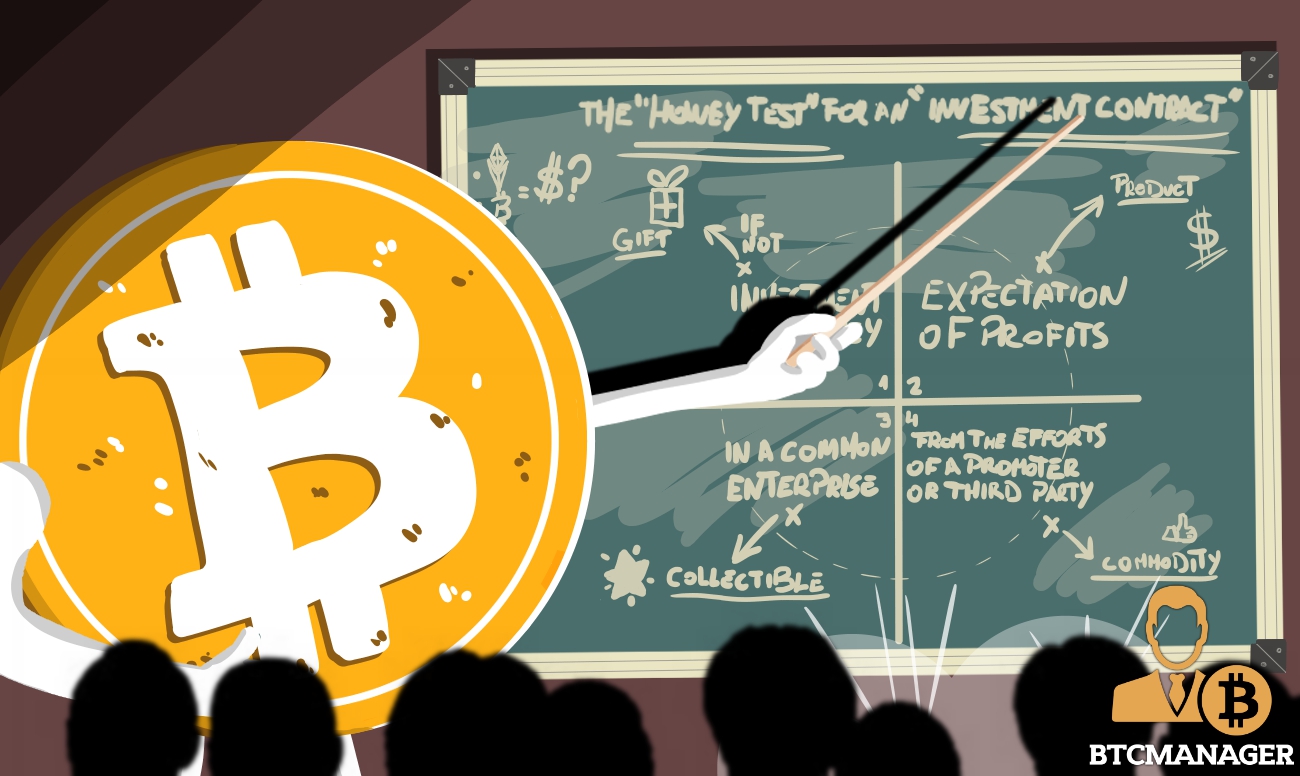 The year 2017 was a seminal year for the cryptocurrency industry, where markets were bullish pushing the cryptocurrency prices to all-time highs. Many emerging altcoin projects were launched, and the industry saw real growth and development. Tucked in between the Cambrian Explosion of the space, observers also witnessed the many iterations of raising capital via Initial Coin Offerings (ICO).

While there was much to celebrate, a few particular items held the cryptoverse back. The most notable obstacle was the lack of regulatory clarity. During the same time, governments across the globe were forming a mixed opinion on cryptocurrencies, ICOs, and the regulations surrounding the trending topic.

For the rest of the regulations, all eyes are glued to the United States securities regulator, the SEC, which currently is still relying on the “Howey Test” to determine if cryptocurrencies and tokens fall under the category of securities.

What Is the Howey Test?

The Howey Test came into existence as a result of the 1946 Supreme Court Case which involved the Securities and Exchange Commission (SEC) and the W.J. Howey Corporation of Florida. The case involved a sale and leaseback transaction where  the W.J. Howey Company sold citrus grove plots to outside investors to “finance an additional development.”

Nevertheless, the investors of the land had none of the “knowledge, skill, and equipment necessary for the care and cultivation of citrus trees,” and eventually they reached an agreement with Howey whereby the buyers would immediately lease the groves back before Howey would harvest and sell the resulting citrus products. However, the Howey Corporation failed to register the transactions to which the SEC replied with an order to obstruct the sale of the land.

The involved parties challenged the SEC order, and the case reached the apex court. The court pronounced the decision that the citrus groves, concerning this case, constituted an investment contract and hence would be considered a security.

The court applied four main conditions in making this decision which later became the Howey Test. According to the conclusion, for a financial instrument to be considered a security and fall under the purview of the SEC, the instrument should meet the following criteria:

The DAO protocol was attacked by hackers which resulted in a significant loss of funds. The problem was with the codes of DAO and not precisely with Ethereum, but since Ethereum supported DAO, the large amount of ether raised via the ICO was also lost and led to the infamous hard fork of the Ethereum blockchain.

The SEC investigated the hack and concluded that DAO had violated several securities regulation. Firstly, DAO was not registered as a security when it held its token sale. While the SEC opted to take no action against DAO, it did clarify in a July 2017 statement that tokens launched via ICOs were to be considered securities.

The SEC’s statement was highly criticized by many crypto enthusiasts who felt that bringing the funding model under the purview of the financial authority and legacy laws could impede the growth of a budding industry.

As the SEC has announced its firm stance on the subject via a number of related prosecutions, developers and coin issuers still need to understand how the Howey test works. For the Howey test to fall just right, an investment instrument needs to satisfy all four criteria mentioned earlier. If the instrument fails on any one of the four criteria, it won’t be deemed as security:

Investment of money: This is the most important criteria and most common point of discussion for any token to be termed as security. It is essential to look at what the token is actually doing for investors and what happens to these tokens once the network is finally launched.

If the token is a utility token that will be used on a blockchain, then its chances of being deemed as investment security may be negligible. To circumvent this, ICO issuers usually uses the word “contribute” than “invest” as they do not want their token to get termed as a security. Investors and regulators alike should pay close attention however to the validity of these claims; more often than not a utility token is a security simply waiting to get listed on a large exchange.

The expectation of profit:  While the token is expected to rise in value as its adoption increases, issuers work hard to prevent being labeled as an investment lest they attract regulators. Also giving out a regular stream of income for the tokens held would make the regulators believe it as dividends. The SEC has quickly become aware of many of these tactics, however, and fewer and fewer unregistered ICOs are making the cut.

For an ICO to bypass this criterion, It has to design its offering as a product or a service offered against the token held. This would be similar to crowdfunding projects where the product or service is available against the initial investment made (e.g., Kickstarter).

Common enterprise: Most ICO’s currently collect funds from various investors and pull it to a common cause that is highlighted in their white papers. This is where investors seem to be forming a “common enterprise.”

Profit generated by a third party: If the profit made by the token is entirely beyond the control of the token holder, then the token will meet this criterion. As most cryptocurrency projects are based on decentralized blockchains, meaning every individual that participates in the token offering is theoretically impacting the return of the project, a project can escape the following criteria.

While Howey test may be a dated way of determining whether an instrument is a security or not, it is currently the best alternative available for the growing blockchain industry.

Will the regulators define new regulations for ICO’s and cryptocurrencies to help in their growth? Do let us know your views in the comment section.