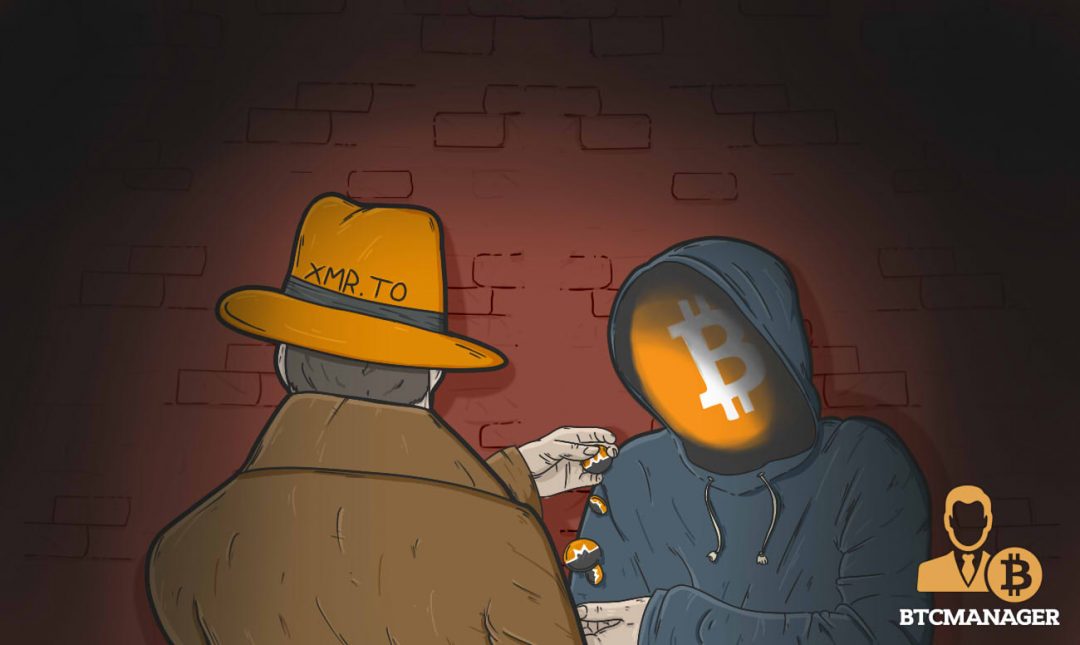 Monero (XMR) is currently the most untraceable and private digital coin in the whole cryptocurrency ecosystem, allowing you to make payments over the internet with the strongest privacy currently achievable. XMR.TO offers a service allowing you to anonymize bitcoin payments with the altcoin; the founder recently spoke with Monero Monitor to explain the beginnings and future path of the project.

Monero uses a cryptographically sound system that allows sending and receiving funds without the transactions being publicly visible on the blockchain. By taking advantage of Ring Signatures, a special property of certain types of cryptography, Monero enables untraceable transactions; meaning making it extremely unlikely that a transaction could be linked to a particular user.

While seemingly one more altcoin among many, Monero’s potential became clear as it began to gain traction as one preferred medium of exchange on at least one underground market operating in the Dark Web. Now, three years after its launch we are seeing an increase in the development of services using this cryptocurrency as its main engine. One of these projects enables Bitcoin users to make anonymous payments. By using XMR.TO, Bitcoin users can use Monero to make a payment to any kind of site, meaning that they can use Monero as the base currency and the payment gets sent in bitcoin.

The creator of XMR.TO, Jérémie Dubois-Lacoste stresses that he immediately saw an enormous potential in Monero, as it solved many of Bitcoin’s limitations. Since one of these constraints had to do with privacy concerns, Jérémie, AKA BinaryFate, saw an opportunity and started to develop this new service in hope it could be a good thing for both cryptocurrencies.

“The purpose of the service is really to allow Monero holders to spend them at a huge number of merchants, which so far don’t exist by themselves, so you have to basically find merchants that accept Bitcoin and use a service such as ours.”

The service is interesting thanks to Monero properties and fundamental characteristics. The service is unidirectional; it works quite like ShapeShift, but it only accepts Monero and sends out Bitcoin. In the event Bitcoin’s merchant adoption is surpassed by a competitor, say Ethereum, Jéremie says that XMR.TO will look at providing an similar service using Monero to provide a layer of anonymity.

As bitcoin payments are public, payments XMR.TO makes on its user’s behalf will be visible on the transparent Bitcoin blockchain. However, thanks to the intrinsic properties of Monero, no-one can associate one of these transactions to a specific user. The only thing that XMR.TO can learn about its customers is their IP address but since XMR.TO is accessible through TOR and I2P users can go completely underground. But even so, the company clears its log and IP records every three days, so it offers complete anonymity to its users.

“Just to mention that in terms of privacy, thanks to Monero properties and that’s fundamentally why the service is interesting, is that even if we were just bad guys trying to spy on people, because of Monero fundamental characteristics, there is really nothing that we can learn about them. The only thing that we can learn about our customers is their IP address, but they are completely free to reach us over Tor. We even have an onion address, but in terms of the Monero payments we receive, there is really nothing for us to look at there.”

Bitcoin can no longer provide privacy to its users. Simple coin mixers are not trustable and simply do not do the trick. XMR.TO might well become the perfect tool for anonymizing payments, which already boasts a Chrome extension similar to ShapeShift’s Lens and the potentially to have the function inbuilt into various wallets, including fluffypony’s MyMonero.