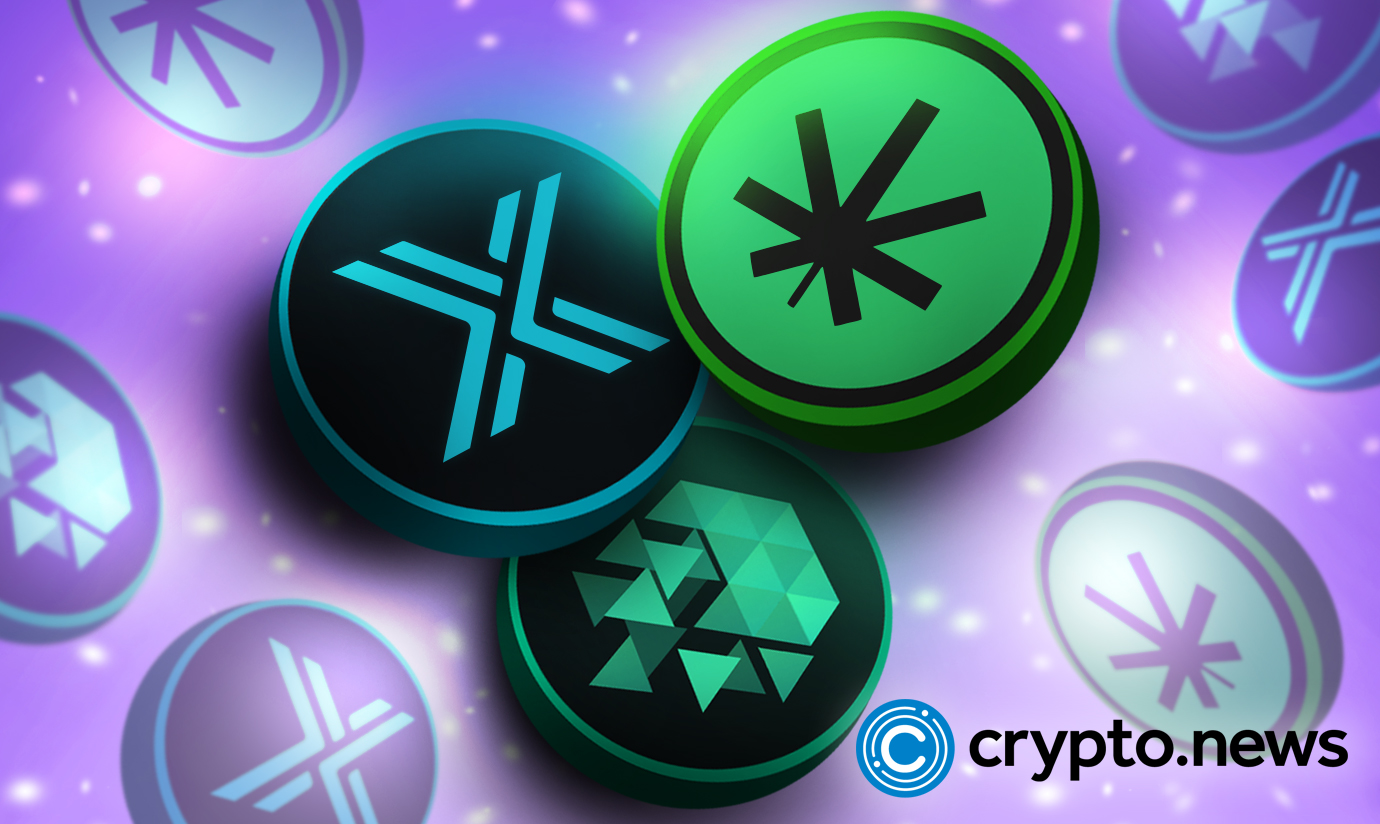 Web 3 is the most promising iteration of the internet yet. It seeks to give users their deserved privacy and control over their digital identity and rights. Here are some blockchain platforms that are spearheading the adoption of Web 3.

Helium is an open-source blockchain platform that aims to provide connectivity to the Internet of Things (IoT). It was launched in July 2019 and aimed to build a global wireless network using incentives. Individuals can host hotspots, which are nodes that are responsible for securing and building the network.

Through the Helium platform, businesses and developers can easily connect various devices, such as smart pet collars and bike trackers, to the Internet of Things. These devices would previously have been impossible to connect.

The Helium LongFi plug-and-play hotspots provide connectivity up to 200 times faster than Wi-Fi using the LoRaWAN wireless protocol. They are also equipped with the Helium blockchain, which allows them to act as miners and incentivize people to install and use them. Only around 50-100 hotspots are needed to provide coverage for an entire area.

Unlike cellular providers, the Helium Network does not come with the associated fees and restrictions of using a traditional internet service provider. Instead, it provides users with a high degree of security and anonymity. To start using the network, a user must first choose a LoRaWAN-compatible sensor and connect it using the Helium Console.

The Helium Network uses a novel work algorithm known as Proof of Coverage, which is designed to reward users for verifying their location and network connectivity. It is built on top of a multi-party consensus protocol called the Helium Consensus.

When a hotspot is deployed, it is randomly assigned tests designed to prove its location and connectivity. Passing these tests earns the user HNT rewards.

The Chainlink platform is a decentralized oracle that connects external data and smart contracts. It developed a secure wall to prevent unauthorized access when bad actors compromised applications.

The first component of Chainlink’s architecture is its on-chain smart contracts. These are composed of oracles that are designed to process user data requests. They will then send these requests to the appropriate smart contract, providing the necessary off-chain data. Users can use various contracts to match the requests, such as the reputation contract, the order matching contract, and the aggregation contract.

The other part of the infrastructure is composed of off-chain components. These nodes are known as oracle nodes, and although they are off-chain, they are still connected to the Ethereum network. Currently, Chainlink can only work with smart contracts on the Ethereum network. It is expected to work with other networks and smart contracts in the future. Most of the work that these components do is done by collecting the data that is being requested.

The data collected by Chainlink is processed through the software known as Chainlink Core. It is responsible for handling the data sent to the on-chain oracle.

Aside from being used to collect data, off-chain components can also be useful to developers. Users can use them to integrate external applications, which are commonly referred to as dApps, on the Ethereum network. Developers can write applications designed to perform various tasks, which they can integrate into the off-chain nodes. That makes data processing more efficient.

Audius was founded in 2018 with a social media component and a music streaming service that allows artists to upload songs and connect with their fans.

The availability of metadata and content in Audius is maintained through a network of content nodes located on the Audius platform’s IPFS extension. Both network participants and content owners can operate these nodes. They can also use them to earn part of the ongoing fee pools and token issuances of Audius.

When an artist’s client chooses a set of nodes to maintain the availability of their content on the platform, they do not need to know about this process. When using the third-party network of content nodes, this set evolves automatically. The original nodes are replaced whenever new ones are added to the network.

If the artist hosts their content on the platform instead, they can self-host their nodes. That allows them to have more control over their distribution and keep control over their infrastructure’s encryption keys and grant them custom permissioning extensions. If they fail to meet the election process or self-host process’s requirements, their content will not be retrieved by network participants.

The Audius network’s decentralized storage solution, known as the AudSP, is built on the IPFS extension. That allows it to provide various features, such as global distribution, object immutability, and modular object-level encryption. To ensure that the availability of files is maintained at high levels, the platform’s users can also participate in a staking incentive structure.

The Filecoin network is composed of different types of peer-to-peer networks. Each of these networks uses secure channels to distribute information and transfer data. They maintain a well-connected swarm by connecting all of their peers. Even when thousands join, information like messages and blocks can flow smoothly.

Filecoin is based on an InterPlanetary File System(IPFS) architecture. Its goal is to provide storage access to all its sources through a peer-to-peer model. It enables users to connect their data sources using a content-addressing framework. Unlike traditional systems, which typically require a specific location to retrieve data, IPFS requests data from a blockchain, which is stored in a secure and immutable manner. That allows it to serve as the foundation for the Web 3.0 prototype.

Participants in the network carry out information exchange on their files with storage. Through the Storage Market, miners and users can agree on fees. Clients can then send information about their data and the amount of Filecoin they wish to allocate.

After an agreement is made, the data is split into multiple segments and allocated according to the contract terms. The contract is saved in a blockchain-based smart contract. It shows the terms of the agreement between the client and the miner. The network’s consensus ensures that the data is protected, and miners must prove that they still own the agreement.

Once an agreement is made, clients no longer have to worry about the price volatility of the token. Mining rewards are released to the miners in intervals, which provides the consistency of the network. To create a list of verified clients, Filecoin aims to create a list of those that can earn higher block rewards.

Filecoin nodes or clients are peers responsible for validating and syncing the blockchain’s messages. That ensures that the global state of the blockchain is maintained.

Filecoin nodes can broadcast messages. For instance, a client can send FIL from one address to another. In addition, nodes can also propose and pay for storage deals with other providers. One of the most common tasks a Filecoin node can perform is running a program. It can be a low-level operation that requires keeping a program running continuously.

Unlike Bitcoin and other Proof-of-Work tools, Filecoin uses storage space as its validation mechanism. That allows it to maintain a consistent view of its users’ data.

The storage proof algorithm requires the actors to retrieve a replica of the data from multiple nodes to validate its authenticity. Through the Proof-of-Spacetime protocol, verifiers can confirm that the providers are keeping their commitments to keep the data for the agreed duration. This method is interlinked with Filecoin’s Proof-of-Replication framework. It allows servers to show that their data has been archived and replicated on a unique storage.

The consensus mechanism of Filecoin is built using Rust, which provides an encryption level that prevents false actors from modifying or altering the data. Its blockchain system validates the data and takes restorative actions in some cases. However, it is not the absolute custodian of the data. Instead, the community members are the safe keepers of the information in the system.

The Zcash project is a set of improvements to the anonymous payment protocols known as zerocoin and zero cash. Zerocoin was an early Bitcoin fork that Matthew Green of John Hopkins University first proposed. It was released to the public in September 2016 by Poramin Insom. Roger Ver was one of the first investors in the project.

In addition to being the first cryptocurrency to utilize zero-knowledge proofs, Zerocoin became the basis for its own protocol, known as zerocash. This project features a variety of privacy features and smaller transaction sizes.

Through the zerocash protocol, users can perform a new type of transaction anonymously. It allows one to send and receive money without revealing the sender’s and origin’s details. It was used as the basis for the Zcash project.

The initial step in the development of the Zcash protocol was a process known as the parameter generation ceremony. During this process, multiple individuals from different geographical locations were able to create a fragment of the public key needed for the system to function.

The system used during creation of the Zcash protocol ensures that at least one person can only delete the public key in the ceremony. To date, five of the six key holders have been named.

The only way that this system can fail is if the six key holders are compromised, dishonest, or both. That could allow the creation of an unauthorized master passkey, which would completely disrupt the system.

The Zcash protocol relies on a new encryption method to protect the information within transactions. This method, known as zk-SNARK, was developed by a team of cryptographers. Recent developments inspired it in cryptography. Notably, the system allows for encryption and zero-knowledge proofs, proving that no one has stolen or cheated the data.

The zk-SNARKs can be used to prove that a transaction is valid. It proves construction by showing that the sum of the input and output values is equal. That ensures that the private keys of the input notes are controlled.

Despite the progress made in the blockchain ecosystem, organizations still need to embrace the potential of Web3 fully. One of the most critical factors preventing organizations from fully embracing this technology is the need for comprehensive building blocks. It is also just a matter before decentralized platforms enter the market. The industry has to be ready to handle the demand.