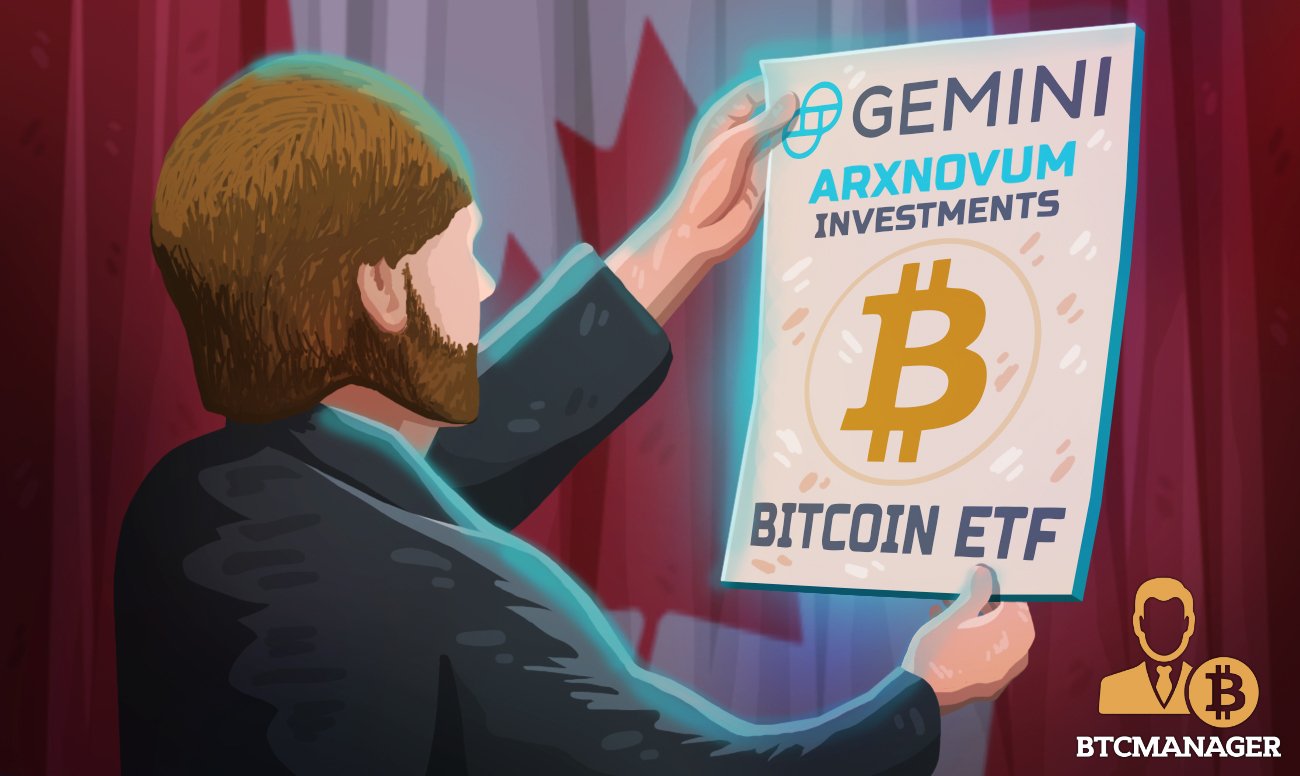 Cryptocurrency exchange and custodian Gemini has plans to sub-custody a Bitcoin ETF in Canada, which was filed on Jan 11. The filing was done by Arxnovum, a Canadian investment firm, and if approved, will be listed on the Toronto Stock Exchange under the ticker “BIT.U.”

Owned by the Winklevoss twins, Gemini is well-known in the crypto space for offering one of the largest selections of digital assets in its exchange. Moreover, it also offers custody services, under Gemini Custody, since 2015. As it turns out, Arxnovum has listed Gemini as sub-custodian of all its assets held outside Canada, in its Bitcoin ETF filing. Notably, the crypto custody platform is also approved by the New York State Department of Financial Service (NYDFS).

The ETF was filed on Monday, January 11, 2021, at Canada’s Ontario Securities Commission. The filing will, however, have to receive approval from the Toronto Stock Exchange (TSX), as well as fulfill all its listing requirements. And even if Arxnovum successfully does all that, there is still no guarantee that the Bitcoin ETF will be listed.

But if successful, the ETF will be traded against the U.S. dollar on the TSX, which would include BTC, BTC Futures, as well as other derivatives. The Bitcoin ETF will also “hold cash, cash equivalents and/or other fixed-income securities”.

Speaking on the announcement, Arxnovum CEO Shaun Cumby disclosed that he has great confidence in the successful listing of the ETF, while also noting that the volatile nature of cryptocurrencies could still, however, result in a negative verdict.

Despite All Efforts, the US SEC Rejects All Bitcoin ETF Applications

Cumby, prior to serving as Arxnovum’s CEO, worked at 3IQ Corp. It is important to note that 3IQ was the first firm to list the first-ever Bitcoin ETF in Canada. Furthermore, Gemini also provides custody services to 3IQ’s Bitcoin ETF, QBTC.U, as BTC Manager previously reported.

Several crypto firms have tried obtaining approval to list a Bitcoin ETF in the US, such as VanEck, SolidX, Bitwise, Wilshire Phoenix, and many more. In fact, SolidX had sued VanEck over ETF plagiarism. But all bickerings aside, the U.S. SEC has rejected every single ETF application.

This is why US-based crypto enthusiasts look forward to the first  SEC-approved Bitcoin ETF in the country this year, considering all the pending applications. However, JPMorgan, in a recent report, pointed out that listing a Bitcoin ETF may cause more harm than good.