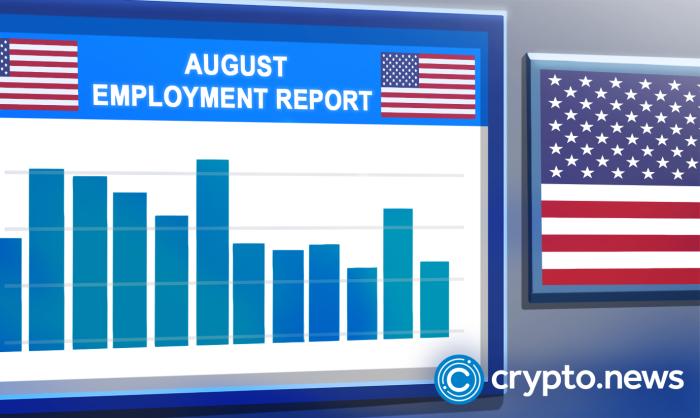 Employers in the U.S. economy hired more people than anticipated in August. But the Federal Reserve may feel less pressure to deliver a third 75 basis point interest rate boost this month due to poor pay growth and an increase in the unemployment rate to 3.7%.

The Rate Of Unemployment Increases

Despite the Federal Reserve front-loading rate hikes, which have raised the risk of a recession, the general strength of the employment market shows the economy’s resilience.

Eric Merlis, managing director and co-head of global markets at Citizens, stated that the U.S. economy “may only need this gradual cooling off of the overheated labor market to assist reduce inflation pressure.” The higher rate of labor force participation and the decrease in hourly wages should be encouraging to the Fed.

According to the poll of businesses, nonfarm payrolls rose by 315,000 jobs in the previous month. Data for July was significantly revised downward to reflect a surge in payrolls of 526,000 rather than the previously reported 528,000.

August was the 20th month in a row with increased employment. There are currently 240,000 more jobs than there were before the pandemic.

Manufacturing saw a 22,000 employment increase, while retail trade saw a 44,000 job increase. Payroll growth for leisure and hospitality decreased by 31,000, a marked slowdown from the average monthly growth of 90,000 during the year’s first seven months.

The number of jobs in the leisure and hospitality sector is still 1.2 million below its pre-pandemic level.

U.S. stocks started the day higher. In comparison to a basket of currencies, the dollar fell. Treasury prices fluctuated.

Strong details were provided by the household survey used to calculate the unemployment rate.

Even though the unemployment rate rose from its pre-epidemic low of 3.5% in July to 3.7%, 786,000 more people joined the labor force than before the pandemic. The workforce has a record-high size after the largest increase since January, surpassing the prior high in December 2019.

As a result, the labor force participation rate— the percentage of working-age Americans who are employed or actively seeking employment—rose to 62.4% from 62.1% in July. It still falls 1% short of its pre-pandemic level.

The probability of a recession is increasing, but the job market is still following its own course. On the last day of July, there were 11.2 million unfilled positions, or two for every unemployed individual. By historical standards, the number of initial applications for unemployment benefits is extremely low. Wage growth is diminishing as the labor pool grows.

Following a 0.5% increase in July, the average hourly wage increased by 0.3% in August. As a result, the annual pay growth in August stayed at 5.2%. Strong wage growth prevents a recession for the time being by ensuring that incomes continue to grow, albeit moderately.

The average number of hours worked per week decreased to 34.5 from 34.6 in July. That would indicate that companies are beginning to cut back on employee hours due to the current state of the economy.