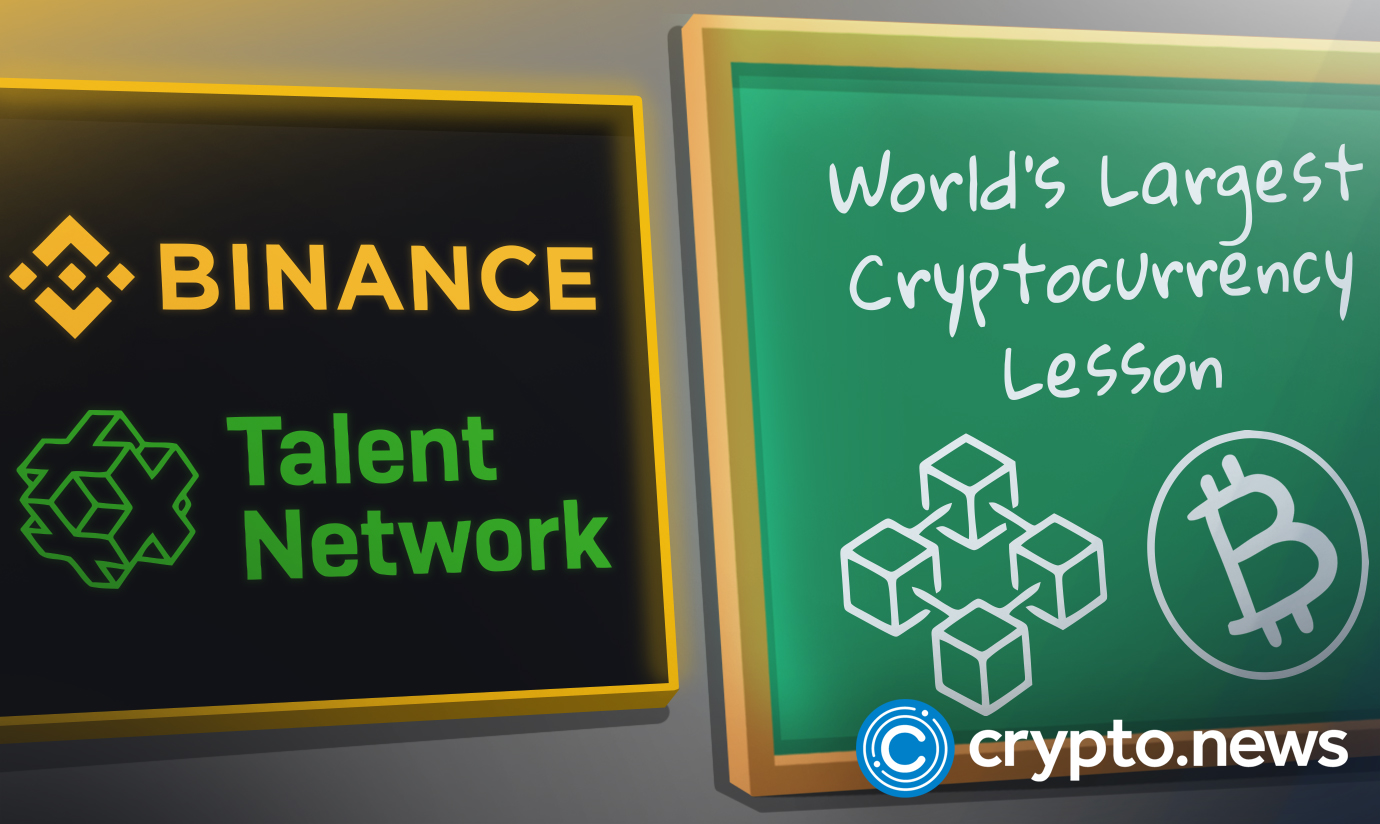 The world’s leading blockchain and crypto infrastructure provider, Binance, in conjunction with Talent Network, a prominent Mexico-based recruiting agency, has earned the Guinness World Records title for hosting the largest cryptocurrency lesson in the world. The record-breaking class was held on Friday, October 7th, 2022, at Blockchain Land Nuevo León, Mexico, with 289 people in attendance.

Binance announced the news on its Twitter page on the 10th of October. According to the post, Binance held “the world’s largest cryptocurrency class at Blockchain Land 2022 in Monterrey—making it into the Guinness Book of World Records.”

The class, co-hosted by Binance and Talent Network, occurred at exactly 10:30 a.m. (CDT, GMT-5) and was themed “How Crypto is changing the world.” Major topics addressed during the class include Web3, blockchain and crypto, types of assets and how they work, benefits of blockchain, and how crypto can contribute to the freedom of money and financial inclusion worldwide. Unlike fiat which can be frozen, cryptocurrencies offer distinct advantages including being borderless and cheaper to transact with.

The educational event was facilitated by Carolina Carnelli, the Head of Marketing at Binance in Latin America. Carnelli was the instructor, guiding the attendees through a 50-minute class, which also featured an exclusive virtual presentation from Changpeng Zhao, the founder, and CEO of Binance. The CEO continuous to be vocal and one of the biggest evangelist of crypto and blockchain solutions.

Binance’s crypto class was attended by people from across the world, in person and virtually.  Although online participants did not officially count towards the GUINNESS WORLD RECORDS Binance Blockchain Land Nuevo León title, the class was watched virtually through the official Talent World app.

According to a press release, Talent Network and Binance have emphasized their commitment to developing talent from Latin America and expanding knowledge around Web3 technology that is revolutionizing industries worldwide.

The most important event in Latin America in terms of crypto and blockchain this year is perhaps that of Blockchain Land, staged in Nuevo León, Mexico, from October 5 to 7. The world-class tech event was attended and facilitated by industry leaders from across the world as well as various Spanish-speaking opinion leaders and influential people of the stature of Steve Wozniak (Co-founder of Apple), David Battaglia, MAD Cripto, and Binance.

The event, titled “The Web3 Talent Gathering,” aimed to promote the adoption of Bitcoin and the development of all kinds of projects based on blockchain. The three-day event featured several educative sessions, webinars, and classes, the largest of which is Binance and Talent Hunt’s crypto class.