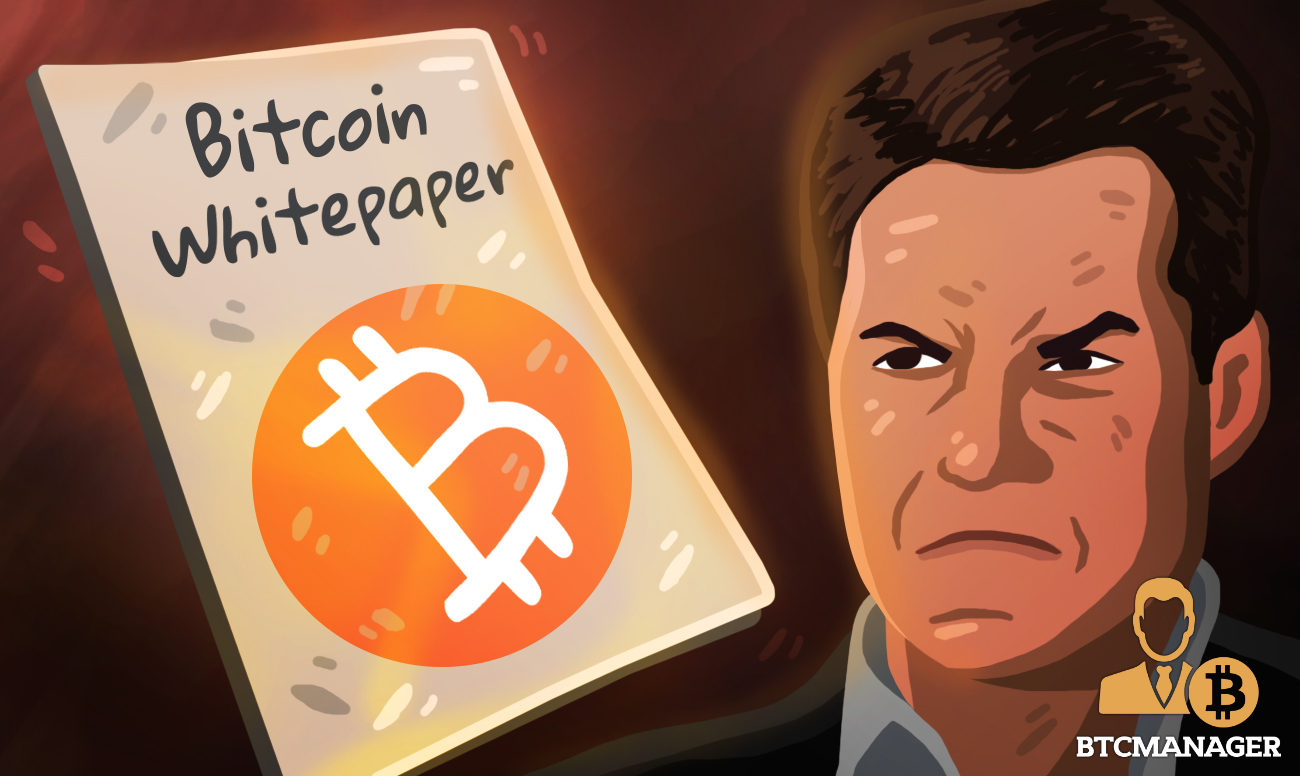 Popular Bitcoin (BTC) contributor “Cobra” has dismissed Craig Wright’s calls for Bitcoin.org and Bitcoincore.org to stop hosting the Bitcoin white paper. CSW has a history of taking legal action against notable figures in the Bitcoin space who dismiss his claims of being Satoshi.

Bitcoin.org Unbothered as CSW Waves the Lawsuit Hammer Once Again

Craig S. Wright (CSW), who claims to be the Bitcoin (BTC) creator Satoshi Nakamoto, is once again threatening legal action while claiming ownership of everything Bitcoin-related. This time, the Australian computer scientist via his lawyers ordered two websites to cease displaying the Bitcoin whitepaper.

Responding to the threats, Cobra issued a blog on the Bitcoin.org website on Thursday (Jan. 21, 2021), saying:

Cobra also expressed displeasure at Bitcoincore.org for caving to CSW’s threats stating that such an action could lend significant credence to Wright’s claims of being Satoshi. Indeed, despite assurances to the contrary, Bitcoincore.org deleted its local copy of the Bitcoin whitepaper on its website.

A cross-section of the Bitcoin and crypto space also responded to CSW’s threats stating that they would host the whitepaper on their respective platforms.

As previously reported by BTCManager, Wright filled a copyright claim for the Bitcoin whitepaper back in May 2019. At the time, the nChain chief scientist infamously dubbed “Faketoshi” by many in the industry threatened to use his copyright application as a tool for further enforcement action against those in dispute of his claims of being the BTC creator.

In February 2020, CSW also went on a crypto and blockchain patent application spree with plans to acquire 6,000 ownership rights over several aspects of the industry. Wright also stated that he would use those patents to put a stop to “splits, forks, and altcoin scams.”

In May 2020, an early Bitcoin miner signed a cryptographic message with addresses claimed by Wright to call CSW a liar and a fraud. Wright is also the subject of a long-running legal battle involving the Tulip Trust and the ownership of over 1.1 million BTC currently worth about $35.2 billion.