For the average person, the mention of a pizza priced at a million dollars is sure to stir up imaginations of a gold-wrapper, diamond encrusted pizza made with the rarest caviar. However, ask any bitcoin enthusiast, and he is sure to point you towards the story of Laszlo Hanyecz.

On May 18, 2010, Hanyecz, a Florida-based computer programmer, set out to prove the world that bitcoin can be used as a real transfer-of-value, and is not mere magic internet money.

For the task, Hanyecz posted on the Bitcointalk forum and offered 10,000 bitcoins, worth around $40 in May 2010, in exchange for two pizzas:

“I’ll pay 10,000 bitcoins for a couple of pizzas. Maybe 2 large ones so I have some left over for the next day. I like having left over pizza to nibble on later.”

With the current price of bitcoin near $8,000, the amount paid for two pizzas now totals to more than $80 million.

A 4-day Wait to Trade Bitcoin for Pizza

While the post rapidly drew attention from bitcoin enthusiasts, developers, and forum members, several of the currency’s disbelievers considered the Bitcointalk entry as a bid to get a free meal, in turn of digital pennies which was unknown beyond a minuscule set of “cyberpunks.” Others pointed out that they might not be able to pay from outside the U.S. with their credit card.

At one point on May 21, Hanyecz wrote on the forum “So nobody wants to buy me pizza? Is the bitcoin amount I’m offering too low?”

However, Hanyecz proved the digital currency’s newfound role as a medium of exchange on May 22, 2010, with a comment stating that he had “successfully traded 10,000 bitcoins to acquire them,” along with a picture. 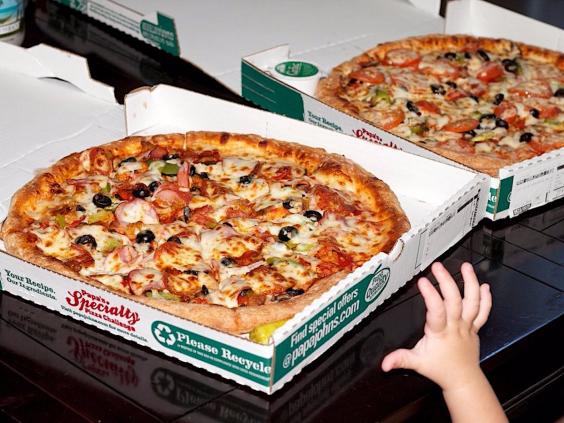 At the time of writing, the two pizzas are valued at approximately $80 million, which proves the massive augmentation of bitcoin’s rise in value, stepping out of obscurity in 2009, to an emergent digital asset in 2018.

The transaction remains historic and is the earliest known example of using bitcoins to purchase an everyday sustenance. For these reasons, May 22 of each year is remembered as the “Bitcoin Pizza Day.”

Speaking to The New York Times in 2013, when the pizzas were worth $6 million, Hanyecz said:

“It wasn’t like bitcoins had any value back then, so the idea of trading them for a pizza was incredibly cool. No one knew it was going to get so big.”

At the time, bitcoin was not easily available on exchanges and had to be mined to be possessed. To this effect, the programmer made a custom-built mining rig that used his personal computing power to solve the Bitcoin network’s complex puzzles, in turn of receiving units of the cryptocurrency upon the successful mining of a block.

Furthermore, Hanyecz does not lament over the purported lost wealth, instead of considering the transaction as a historical use-case which proved its capabilities as an obscure technology. However, he reveals that he bought a computer for $4,000, when the value of his bitcoins reached $1.

The computer programmer ardently follows the Bitcoin protocol, and was instrumental in replicating the experiment after the network’s Lightning upgrade, which introduced fast transactions speeds to an oft-criticized slow network.

As reported by BTCManager, Hanyecz paid 0.00649 bitcoin for two pizzas to test the Lightning Network on February 27, 2018, equivalent to $53 at the time. The bitcoin pioneer has not stopped there, he has also convinced his employer GoRuck to start accepting the cryptocurrency.

In celebration of Bitcoin Pizza Day on May 22, Bitrefill announced a surprise feature. Those based in the U.S. can now pay with bitcoin to buy a gift card for Italian restaurants Bertucci’s and Buca Di Beppo. Bitcoiners in the States can also use the online delivery service Menufy to order their own ‘Bitcoin Pizza.’