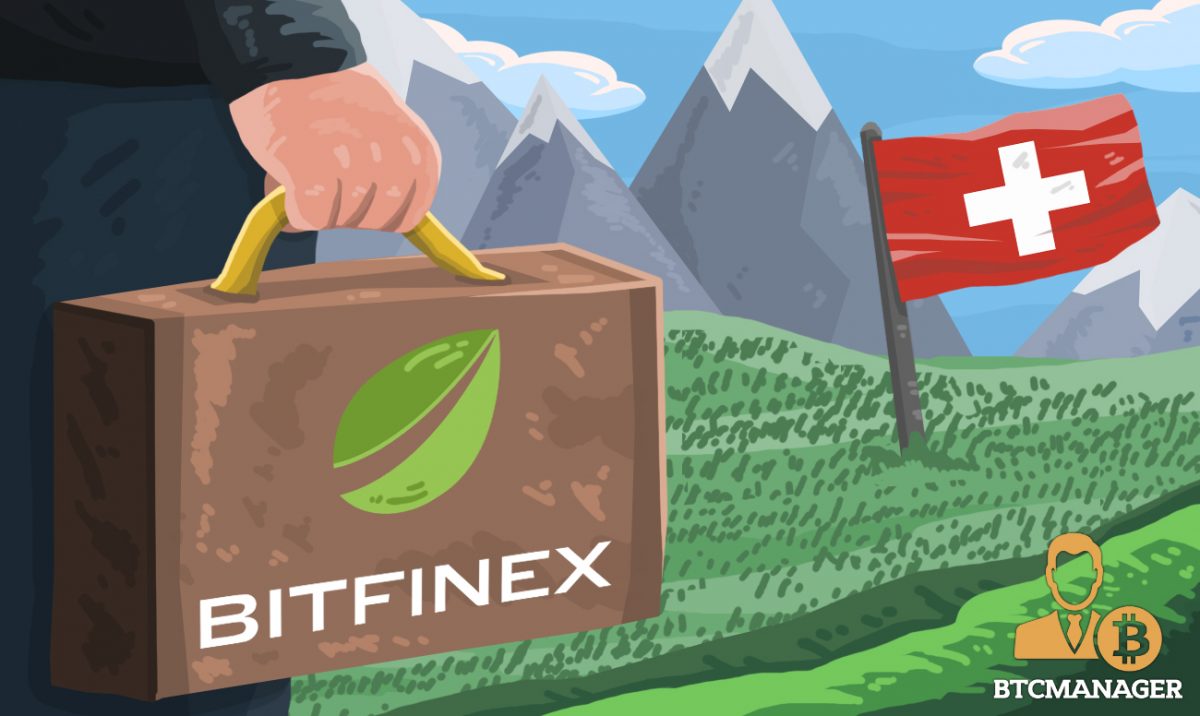 Switzerland has turned into a hot-spot for smaller cryptocurrency startups in the past few months due to a favorable regulatory attitude for the emerging sector. Now, due in part to these efforts, Bitfinex is looking to plant their roots in the country.

A company of this size moving into Switzerland may have significant repercussions for attracting other businesses to the country. Jean Louise van der Velde, the head of Bitfinex confirmed the idea:

“We are looking for a new domicile for Bitfinex and the parent company iFinex, where we want to merge the operations previously spread over several locations.”

Bitfinex’s revenue back in December 2017 nearly topped the London Stock Exchange with sales hitting roughly $110 billion making it the number one exchange for cryptocurrencies in the world.

The prospect of a company of this stature setting home in Switzerland has greatly excited certain individuals in Switzerland such as FDP Council of States, Ruedi Noser:

“We are looking for a new domicile for Bitfinex and the parent company iFinex, where we want to merge the operations previously spread over several locations. [It] would show that Switzerland can indeed occupy a leading position in the entire blockchain industry.”

Cryptocurrencies seem to be a natural evolution of the economy in Switzerland, beyond the obvious technological boons having these sort of players can bring.

In another interesting connection, Switzerland is also one of many countries that is not in support of the contentious petrodollar. Similarly, Bitfinex released a statement on March 27, 2018, that it too will also steer clear from listing the controversial cryptocurrency.

If these plans continue onwards, the current parent company Ifinex from the British Virgin Isles will end up being replaced by AG, the listing granted to Suisse corporations limited by share ownership.

All legal and financial departments would operate within Switzerland, as well as the technical support and development. Meaning, the core operations of the company will all take place in the country.

As cryptos keep growing, many large companies are going to start looking to set up more permanent shops wherein they can conduct business.

Doing this requires certainty that they can handle the regulations set up in the country they are based and that further legal issues may not crop up in the near future stifling their productivity.

The financial regulators need to quickly assess the landscape to protect their citizens’ and country’s best interests but also so that companies like Bitfinex don’t decide to head elsewhere.  Noser followed with this statement:

“Of course, the Finma should look carefully. That helps the whole industry. Switzerland needs good regulation. That’s also in the interests of the companies. That’s why they come to us.”

As long as this trend of mutual interest between the companies and the country continues to benefit both, Switzerland should be in good shape in the coming years as cryptocurrencies gain more footing within financial markets.