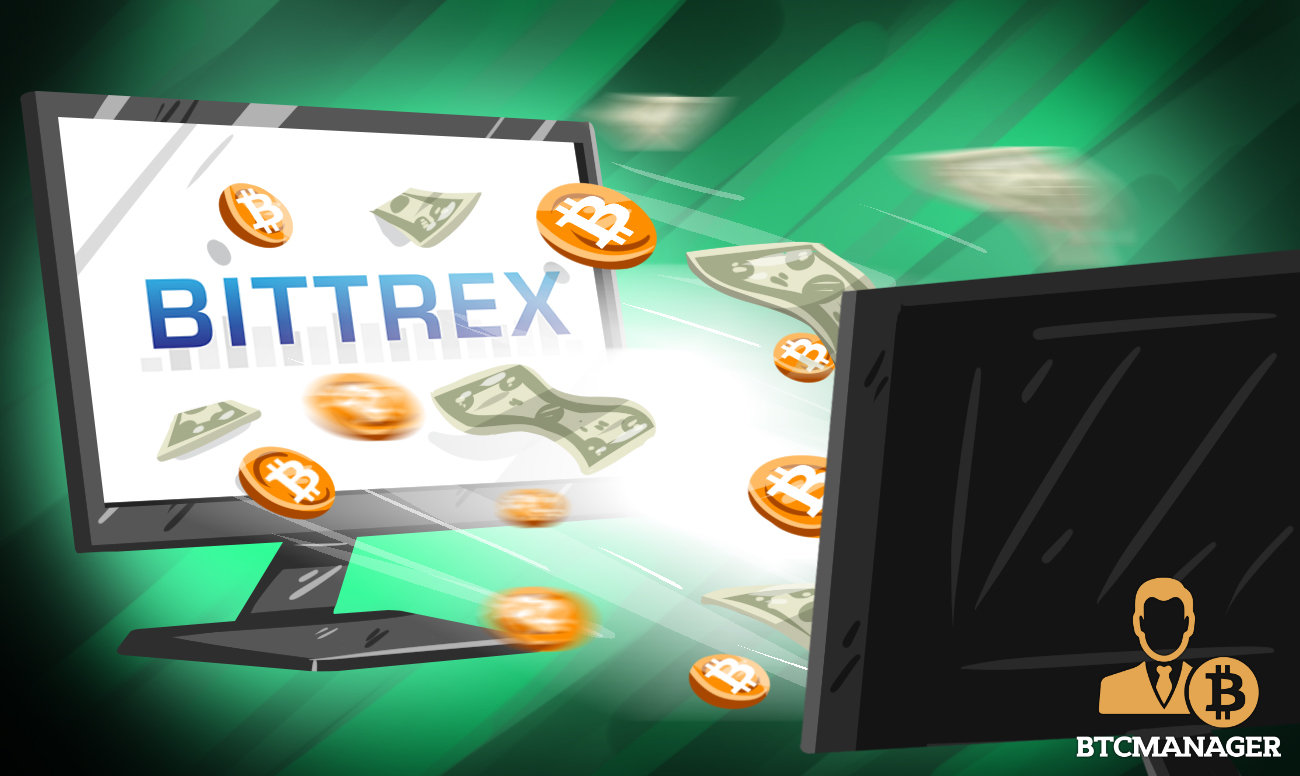 Allaying some of the fears surrounding the impact on Bittrex in case of the implosion of Tether, bitcoin and altcoin exchange announced the acceptance USD fiat deposits for some customers on May 31.

One of the main issues that a lot of cryptocurrency exchanges have when it comes to attracting people who are new to the sector is the difficulty in using their fiat currency to purchase digital coins.

Bittrex is an exchange based out of Seattle and they have more than 200 digital tokens that can be traded on their platform. On May 31, they announced that they have come to an agreement with a bank so they can now allow some of their customers to trade using US dollars. BTCManager first reported on this development on February 1, 2018, when the plan to add fiat support was first announced.

Bill Shihara, CEO of the Bittrex Exchange, stated to Bloomberg:

Starting off, it appears this will only be available for corporate clients in certain states and only for cryptos bitcoin, tether and trueUSD.

The opening up of fiat deposits will make the process of getting involved in cryptocurrency investment plays a whole lot easier for these parties, which is only a good thing for the markets and for Bittrex. They will be able to attract more users and subsequently earn more in commission from those people who are using their exchange. Development teams of coins listed on Bittrex can apply for USD support using this form.

The bank in question is Signature Bank, which is based in New York and they will be one of the firms who will be safeguarding the dollar funds, and shows that the traditional banking system are becoming more comfortable with trusting cryptocurrency-related businesses.

To date, a lot of large banks and financial institutions have largely avoided the sector due to uncertainty with government regulations and compliance. Many still see the crypto sector as being a haven for criminal activity, which is why the majority of exchanges have to rely on crypto-to-crypto trades rather than dealing with dollar-to-crypto trades.

There have been some groups who have come around to this idea, with Coinbase having a relationship with a number of banks in the United States and the United Kingdom.

Another significant exchange, Bitfinex, has not been without its troubles in recent times as they had been dropped by Wells Fargo & Co in 2017, which meant that they turned to the UK Noble Bank International for their banking duties.

There are also fears that if Tether implodes, exchanges relying on USDT like Bittrex would also lose out and perhaps even go out of business. However, with this new USD offering, Bittrex should be relatively safe in the worst case scenario for Tether.

Currently, Bittrex has over three million users worldwide, a number which is certain to grow on the back of this announcement. They also have the biggest offering of digital currencies globally. Fiat trading on the platform officially launches on May 31 for Tether, TrueUSD and bitcoin.

Starting off, it will only be corporate clients in the states of Montana, New York, California and Washington that can avail of this offering due to regulatory reasons. However, the exchange certainly has plans to extend this offering to their retail customers in the future.