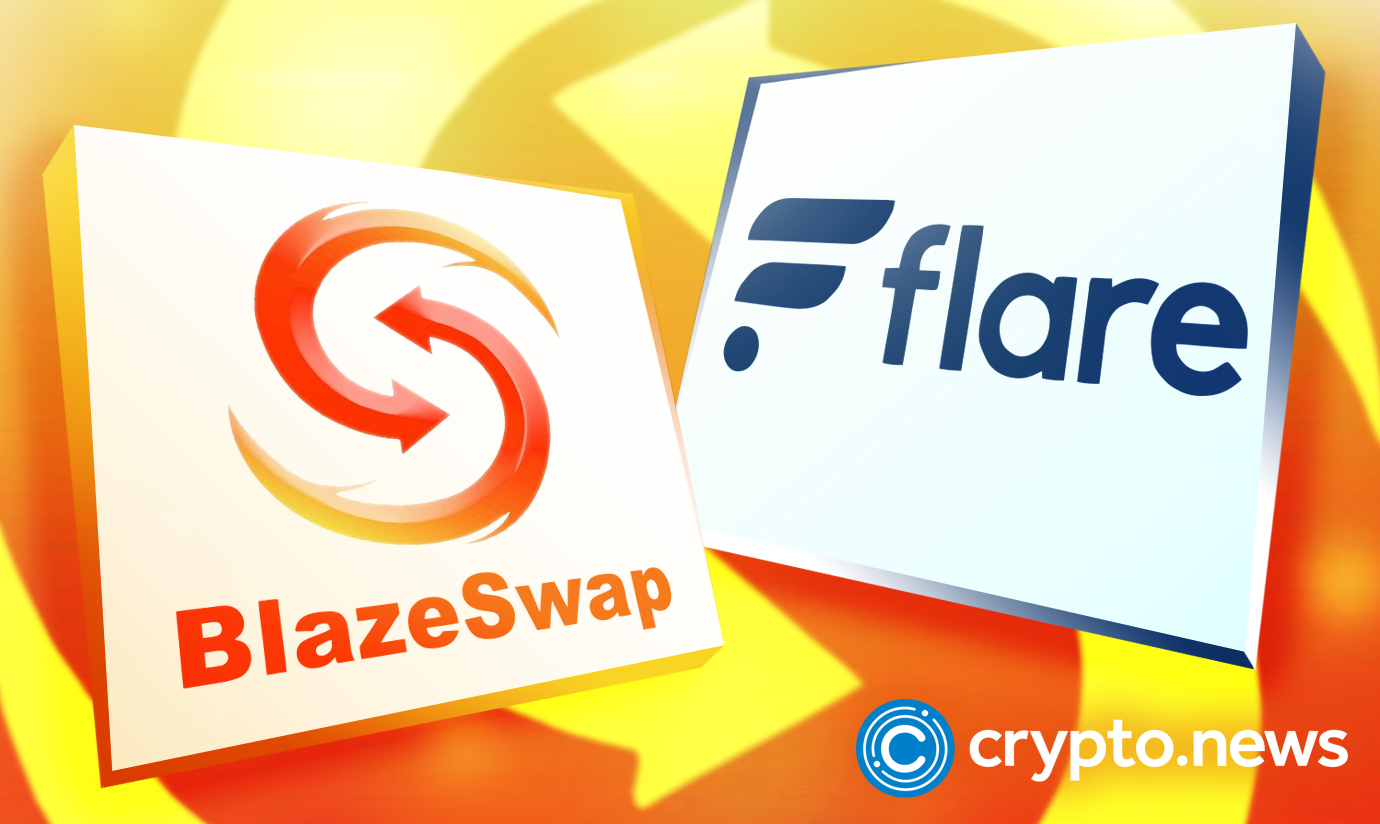 BlazeSwap is a newly developed decentralized exchange (DEX) platform debuting on the Flare Network. The bourse will assume the first and only existing DEX operating on Flare. In addition, it would offer users on-chain incentives in the form of airdrops aside from liquidity provider fees.

Here, the most dependable FTSO price providers receive network bonuses. The same thing goes for token holders who entrust their assets with them. Furthermore, BlazeSwap uses a Flare-native property.

It offers an improved earning framework that increases conventional DEX liquidity provider rewards. The pool trading incentive and rewards are then merged with the FTSO rewards.

However, Flare holders can boost the network’s utility using the DEX, thanks to BlazeSwap. Therefore, this will enhance the network’s security and supply liquidity.

Flare, for now, is still in observation mode. But as soon as it crosses this testing phase, BlazeSwap will launch on it. The community is currently reviewing Flare Improvement Proposal 01. BlazeSwap’s liquidity pool contributors will be airdropped with their rewards once the proposal passes.

That will add to the prepared inflationary reward for committing to the FTSO. In addition, Omniscia audited BlazeSwap using the Automated Market Maker popularized by Uniswap V2.

Flare introduced bridging applications with coins like Bitcoin, Doge, and XRP for smart contracts. However, as time goes on, more assets will be procurable on BlazeSwap. BlazeSwap is the market for investors to access Web 3 tokens, while Flare is the inter-chain hive.

The co-founder and CEO of Flare, Hugo Philon, expressed joy in partnering with BlazeSwap. He said Flare’s incorporation of BlazeSwap crafted a new approach to DeFi. Hugo added that the move would benefit both platforms and the general Web3 and DeFi industry.

Also, the CEO of Flare stated he is looking forward to spectacular experiences with other products when they launch on Flare’s mainnet. According to BlazeSwap’s founder, Alex Dupre, the platform is excited about the growth achieved within months of embarking on the project. Specifically, the release of BlazeSwap’s alpha version on the Coston testnet.

Flare’s network speed, low gas fee, and the mantra “to connect everything” make it a perfect match for BlazeSwap. Moreover, it gave the community what it wanted by integrating itself with Flare’s native components. With this, they can unleash its prospects.

Alex further revealed plans to introduce a bug bounty program within the network. It will aid detect and block loopholes and improve the network’s security. The final version of BlazeSwap’s smart contracts will launch on Songbird, followed by Flare.

Flare is Building for Interoperability

Flare is a recently developed mainnet aimed at connecting everything. It offers developers a sound, single, and simple layer to create entirely cross-chained applications. Some of the benefits of the protocol include the following:

With this, developers can provide utility to several ecosystems and communities via a single release on Flare.