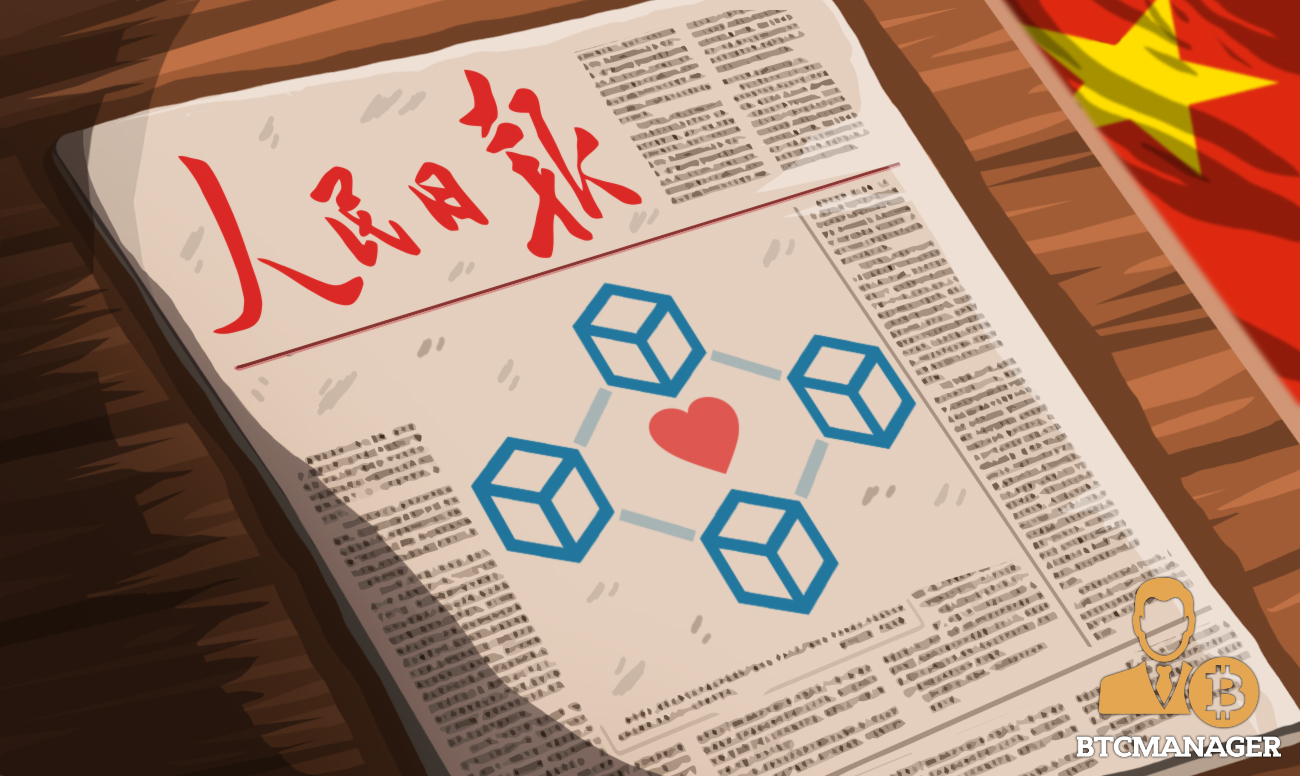 Whilst Europe and the United States continue to show reticence about crypto and blockchain technology, China appears to be going full steam ahead with many state actors talking up the potentials inherent in decentralized technology. Chinese state media People’s Daily is the latest to highlight the benefits of blockchain technology to the country as a whole.

China Has a Good Blockchain Foundation

According to a tweet posted by Primitive co-founder and Chinese crypto industry insider, Dovey Wan, People’s Daily, a state media outlet has published a featured article extolling the benefits of blockchain technology.

A translation of portions of the article provided by Wan shows the media outlet describing blockchain as the future. According to the article, “there is no wrong direction for the development of blockchain.”

The article argued for a more structured approach to the development of useful blockchain applications as a way for China to dominate the developing digital economy. The post also highlighted the involvement of numerous Chinese firms in the industry.

For the People’s Daily, the blockchain space still in its infancy requires robust monitoring and government oversight to prevent its use in illegal activities like money laundering. The media outlet prescribed punishments for industry actors caught using decentralized technology to aid criminal activity.

As is common in China about blockchain, the media outlet did not comment favorably on cryptocurrencies. A portion of the article reads:

“However, innovation in blockchain technology is not equal to speculation in virtual currency. It [sic] should be prevented from using blockchain to hype up aircoins and other activities.”

The People’s Daily article is coming on the heels of a flurry of positive blockchain-related statements from several authority figures in Beijing. The country’s president Xi Jinping at the back end of October touted the importance of blockchain technology.

China has even passed a cryptographic law which will come into effect from 2020 with the government also promoting educational videos about cryptocurrency and blockchain technology. There are also reports that China’s central bank is close to launching its national digital currency.

Such is the extent of the growing blockchain adoption in China that it is now illegal to publish any article calling the technology a scam. However, some critics say Beijing’s blockchain fascination is an extension of the government’s efforts to gain complete control of the life of its citizenry.