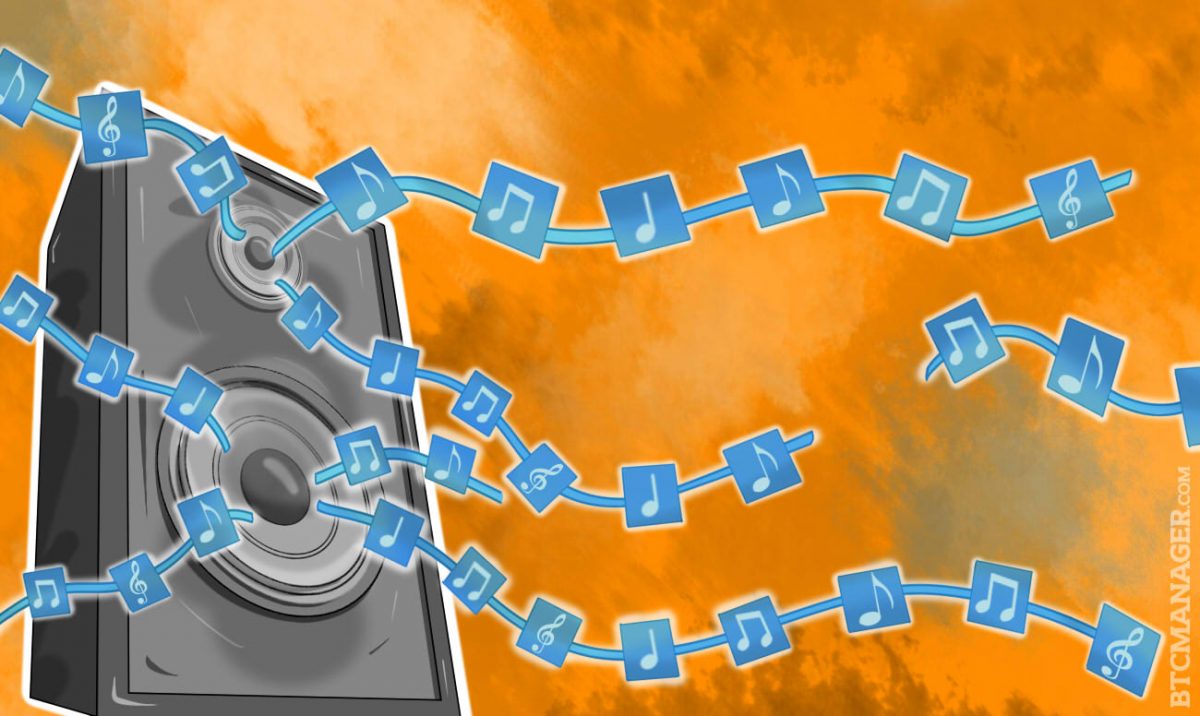 The music industry has many gatekeepers and intermediaries in the form of record labels, distributors, magazines and radio stations, which can make it difficult for musicians to get their music heard but also to be adequately remunerated for their work.

Several startups are developing solutions involving blockchain technology to give musicians the ability to be directly rewarded for their work by selling their music straight to their fans without the need for intermediaries. One of these startups is Musicoin.

Musicoin aims to facilitate all of the main aspects of music distribution, copyrights and royalty payments through the use of smart contracts, recorded on the Musicoin blockchain. Musicoin also wants to give fans the ability to decide how much they want to pay per stream of their favorite musician’s songs, while each cent paid will go directly to the recording artists.

The team behind Musicoin is composed of the two developers Dan Phifer and Isaac Mao and musician Brian Byrne who has previously played for the Canadian alternative rock band I Mother Earth. They believe that combining the sharing economy with a direct musician-to-fan payment system will be beneficial to both artists and music consumers.

Musicoin officially launched on February 10 and will provide participating musicians with smart contracts that will enable them to automatically receive royalty payments every time their songs are streamed on the service. The payments will be made in their own proprietary cryptocurrency, the musicoin, which will not be tied to any particular sovereign currency to allow users of all parts of the world to purchase the music of their favorite artists. The focus of this new streaming platform will be pay-per-play, where users pay, for example, the amount of one musicoin to listen to their favorite band’s new song. How much their proprietary cryptocurrency will be worth or how much the minimum fee per song will be is yet to be decided. However, the founders anticipate that one stream could cost the equivalent of one cent.

The smart contract payment feature will not only pay the musician or the group of musicians automatically, and in full, it will also allow the construction of smart contracts by the artists and the teams behind them. For example, if a $1 payment comes in for the streaming of a song, out of that payment, 20 percent may go to the lead singer, drummer, bass player, guitarist, and writer of the song respectively. This entire process would be coded into the smart contract and executed automatically when the song is streamed on Musicoin’s streaming service. The beauty of smart contracts is that they can be augmented to fit the needs of the parties agreeing to contract.

Dan Phifer told A Journal of Musical Things that Musicoin’s smart contract feature will give:

“…artists much more direct control over what’s going to be paid and they can come up with their own agreements on what things are worth. I think that’s something we can do that would be much more efficient.”

Musicoin’s native cryptocurrency is obtainable through mining or verifying data on its platform, and eventually, it will also be purchasable on cryptocurrency exchanges according to the founders. The founding team, however, has not pre-mind nor allocated any coins to themselves as they do not want to be seen as greedy venture capitalists. On that topic, Phifer said:

“We’ve become sensitive that people might question our motives. We’ve made a decision that, despite the effort going into it so far, over the last five months or so, we’ve decided we’re not taking any allocation. It’s more powerful to say there’s no way you can look at this and say we’re going to get a bunch of coins and disappear.”

This is also the reason why Musicoin will not be having an ICO to fund its further development.

The day Musicoin launched, Byrne reached out to his contacts in the music industry to present the new platform that he and his team have created. Overall the reception from his peers, ranging from music producers to artists, was positive. “85-90 percent think it’s cool and want to be involved, but you do have the friction or pushback from about 10 percent. I’m more than willing to explain, as best as I can, that it really is working and I want to do something that’s going to get back to the cats I’ve spent most of my life with who are scratching their heads wondering why they’re not making any money,” Byrne said.

While the founding team believes that streaming a song will cost a penny, it does not prevent developers in conjunction with musicians from creating a streaming subscription service for $5 or $10 a month for specific artists’ music opening the platform up to a range of different monetization models for artists.

Musicoin, however, is not the only startup tackling the democratization of the music industry through the implementation of blockchain technology. Other notable blockchain startups in this space include New York-based Ujo Music, which intends to use Ethereum smart contracts to remunerate artists directly when fan purchase their music. The well-funded startup Stem that allows artists to upload their content on various digital platforms, such as YouTube, SoundCloud, and Spotify, and then tracks all of the artists’ monetization channels so that all members of the creative team can receive their share of the revenues in a very transparent manner.

The music industry with its many gatekeeper and intermediaries has long been ripe for disruption. However, platforms such as Apple Music, Spotify, and large record labels are very powerful forces to go up against as a startup looking to disrupt the status quo of a multi-billion dollar industry. Having said that, as blockchain solutions will finally give artists their rightful share of their music’s royalties, it would not be a surprise to see many musicians move their music to such a new platform, which could then crystallize itself as the new go-to music streaming or downloading service if critical mass once reached.